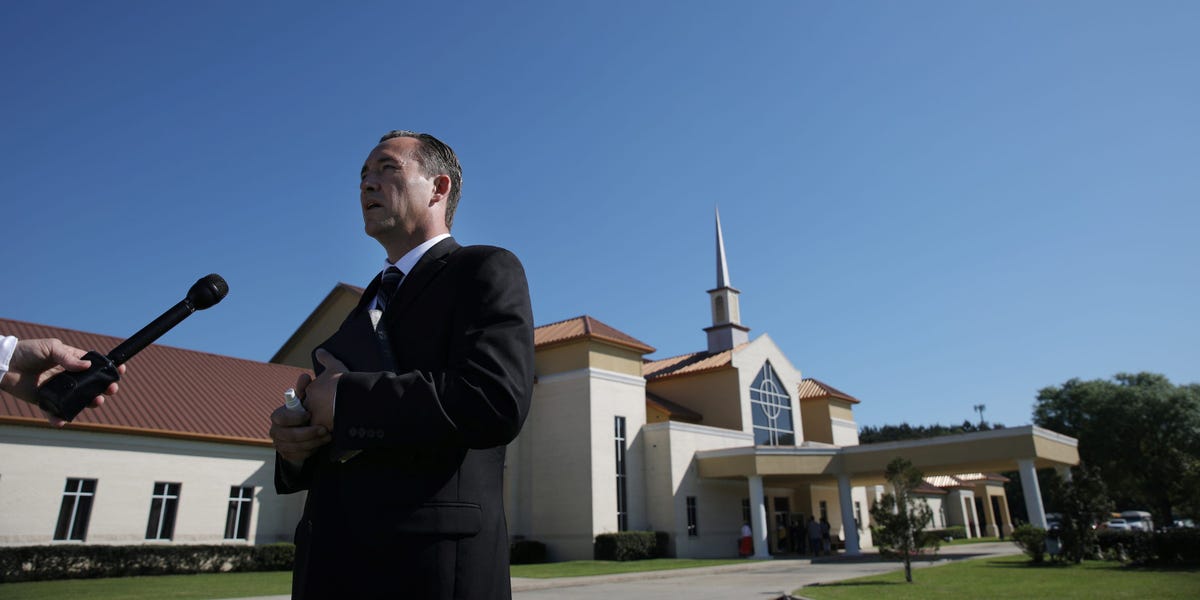 The U.S Supreme Court refused to get involved in the case of a Louisiana pastor who ignored the governor's order banning large gatherings

Louisiana Pastor Tony Spell openly violated the governor's order prohibiting gatherings larger than 10 people, hosting services that totaled 1,000.
US Supreme Court Justice Samuel Alito on Friday declined to hear a petition brought forth by a Louisiana pastor who claimed Gov. John Bel Edwards' order meant to stem the spread of COVID-19 was in violation of his First Amendment rights.

In the spring, Tony Spell the pastor at the Life Tabernacle Church in Central, Louisiana, had ignored Edwards' stay-at-home order that prohibited gatherings larger than 10, even busing in individuals from neighboring towns to attend church services, according to the Monroe News-Star.

At the time, Spell said he had defied Edwards' stay-at-home order in the spring because "the Lord told us to," according to the report. As Insider previously reported, Spell held services of approximately 1,000 people while the order was in place.

The pastor was later arrested and charged with a misdemeanor in relation to an altercation with a counter-protester, according to the News-Star. On another occasion, he also led a protest against Edwards outside the governor's mansion in Baton Rouge, according to the report.

"Throughout the course of this pandemic, I have let science and data inform the many difficult decisions I have made regarding gathering sizes and other mitigation measures to slow the spread of COVID," Louisiana Gov. John Bel Edwards, a Democrat, said in a statement Saturday, acknowledging Alito's refusal to become involved.

"I have taken no such decisions lightly," he said. "The reasonable, legal mitigation measures have been necessary to protect the people of Louisiana from unchecked spread of the coronavirus, which would limit hospitals' ability to deliver care. I am thankful that the United States Supreme Court denied this effort to overturn these mitigation efforts."

As the Associated Press reported, in addition to rejecting to hear out the dispute, Alito also neglected to ask Louisiana officials to respond and to refer the case to the entire court. Alito's rejection comes after lower courts previously ruled against Spell, who sued local and state officials regarding the order after he claimed he was harassed by officials.

"For months I have spoken and prayed with leaders of many faiths as we have navigated this pandemic together," Bel Edwards added. "I know how difficult this time has been for them and I am deeply appreciative of their commitment to practice their faiths even under trying circumstances and with the health of their congregations in mind."
#COVID-19  #Covid  #Coronavirus
Add Comment