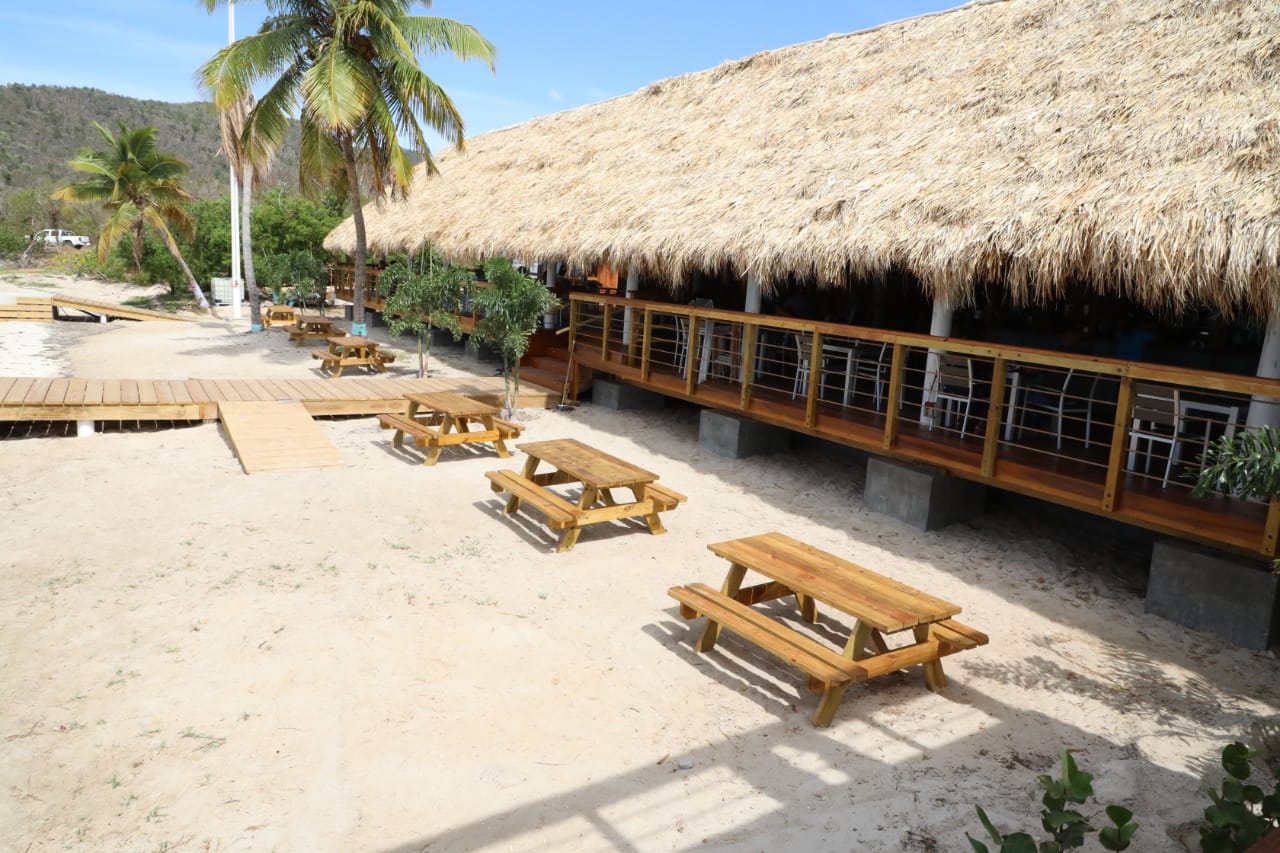 Amid a global pandemic and roughly three years after it was severely impacted by the weather events of 2017, local hot spot De Loose Mongoose has re-opened with improvements in Trellis Bay on Beef Island.

“We have completely renovated the property, and I think it is about six times the size it was before. We were just left with the original structure, which was a one storey building. Everything else was completely gone,” she said referring to the hurricane damage to the facility.

“We now offer the amenities of a restaurant, an outside bar, an inside lounge, the upstairs is an open-top bar, we also have a boutique and a coffee shop. In addition to that, we will also have docks that we will be serving our marine customers with fuel. So everything that you will need in this little area,” she added.

Lawrence said that after a few unavoidable delays, the structure took roughly eight to nine months to complete and will officially re-open this coming Sunday.

“We are going to be full-blown open,” she stated, adding that they have been partially opened since last Tuesday.

In the meantime, Lawerence said the establishment offers employment to 14 staff, and that figure is expected to increase soon.

“Things are still a little bit slow coming out of the pandemic and maintaining social distancing has been quite a bit of struggle for us, so we have a bit of a skeletal staff. But we do wish to increase it very soon. We used quite a bit of staff that we had from before too,” she said.

He said the restaurant has had “great reviews” on its cuisine so far.

“We are trying our Caribbean fusion. We are trying to offer a service to our people that is comfortable and a taste of what the BVI has to offer. It was a hefty investment, but it was an investment that was worthwhile. It will be even more worthwhile to see our people supporting,” he stated.
Add Comment