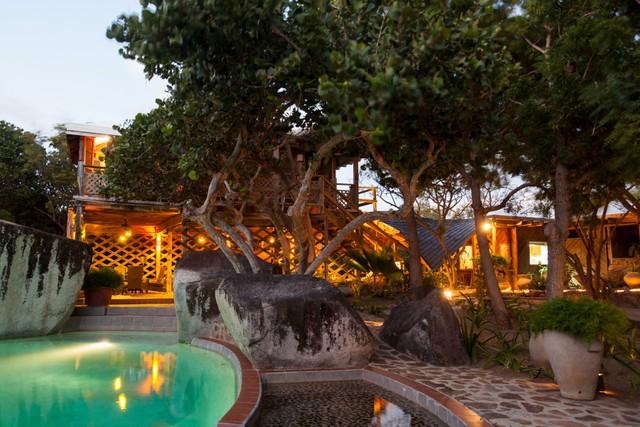 Toad Hall on Virgin Gorda to be new national park

A 5.5-acre property with three personal living pavilions, ample outdoor space, and private access to The Baths National Park in Virgin Gorda, Toad Hall Estate was one of the Virgin Islands’ premier vacation rentals for decades.

Like much of the territory, the estate sustained serious damage during the 2017 hurricanes, but it will soon be rebuilt as the Virgin Islands’ newest national park.

“The purchase of Toad Hall Estate is an investment that will see prosperous results in both the environment and the tourism product in the Virgin Islands,” Premier Andrew Fahie said in a Monday press release.

Apart from offering an additional entrance to The Baths, the park will also provide a spotlight for VI culture, officials said.

As the new site of the VG headquarters of the National Parks Trust, the estate will host a state-of-the-art visitor and environmental education centre, a gift shop, and a rooftop restaurant affording sweeping views of nearby islands, according to the press release.

Cabinet approved the government’s purchase of the property on Oct. 8, according to a meeting summary provided by the Cabinet Office.

Cabinet members also decided that the government may, “in its discretion,” transfer the property to the NPT in exchange for a reimbursement of the purchase price, and they “decided that funding for the purchase would be sourced from the 2020 budget estimates or by a schedule of additional provision,” the summary stated.

Government paid $5.5 million for the property, according to Joseph Smith Abbott, deputy secretary in the Ministry of Natural Resources, Labour and Immigration.

The property will be rented out for special occasions, capitalising on the amenities to offer “curated authentic cultural experiences,” the press release stated.

“Toad Hall will be the only villa rental, luxury or otherwise, within a national park and protected area. This increases the value of the property economically and historically,” according to the release.

By renting out the space, the government seeks to “enhance the quality of experiences offered to guests, thus increasing the quantity of spending and improving tourism numbers,” according to release.

Natural Resources, Labour and Immigration Minister Vincent Wheatley added, “This project is estimated to create a minimum of 20 jobs in a variety of fields. It is a significant investment by the government for the people and will enhance the visitor experience at The Baths.”

Though the decision to purchase the estate was made by Cabinet, the NPT will construct its headquarters, according to the press release.

Discussions about turning the property into parkland have been ongoing for almost 15 years, said Maritha Keil, the Sotheby’s realtor listing the Estate.

Though both Ms. Keil’s office and government tried for years to find assistance in financing the project, neither party could come up with the funds, she said.

Later, upon returning to Virgin Gorda in February 2018, owner and operator Steve Green decided to list the property for sale, according to the rental’s official Facebook page.

Due to “severe damage to the property” during Hurricane Irma -especially to the physical structures, which “sustained heavy losses” - the estate was listed for sale at $5,549,995, the Facebook page stated.

Ms. Keil said that the roof of one of the main pavilions had blown away, but government was more interested in the grounds than in the structures.

Newly appointed NPT Director Dr. Cassander Titley O’Neal -who praised the acquisition in the government press release -said she could not comment on the severity of the damage to the property as she had not completed a comprehensive review, and neither she nor Mr. Smith Abbott could she say how long construction is expected to last. She also said she did not know what prompted government to make the purchase.

Despite any remaining storm damage, Taste of Virgin Gorda, an installment of the ongoing BVI Food Fete, is scheduled to be held at the estate on Nov. 23.

In 2008, government adopted the Protected Areas System Plan 2007-2017, a document that outlines broad guidelines for managing the territory’s national parks and other protected areas. Included in the plan are maps that illustrate existing and proposed protected areas on several islands.

Toad Hall Estate does not appear to figure into this plan, though Savannah Bay on Virgin Gorda is among the proposed protected areas.
Add Comment