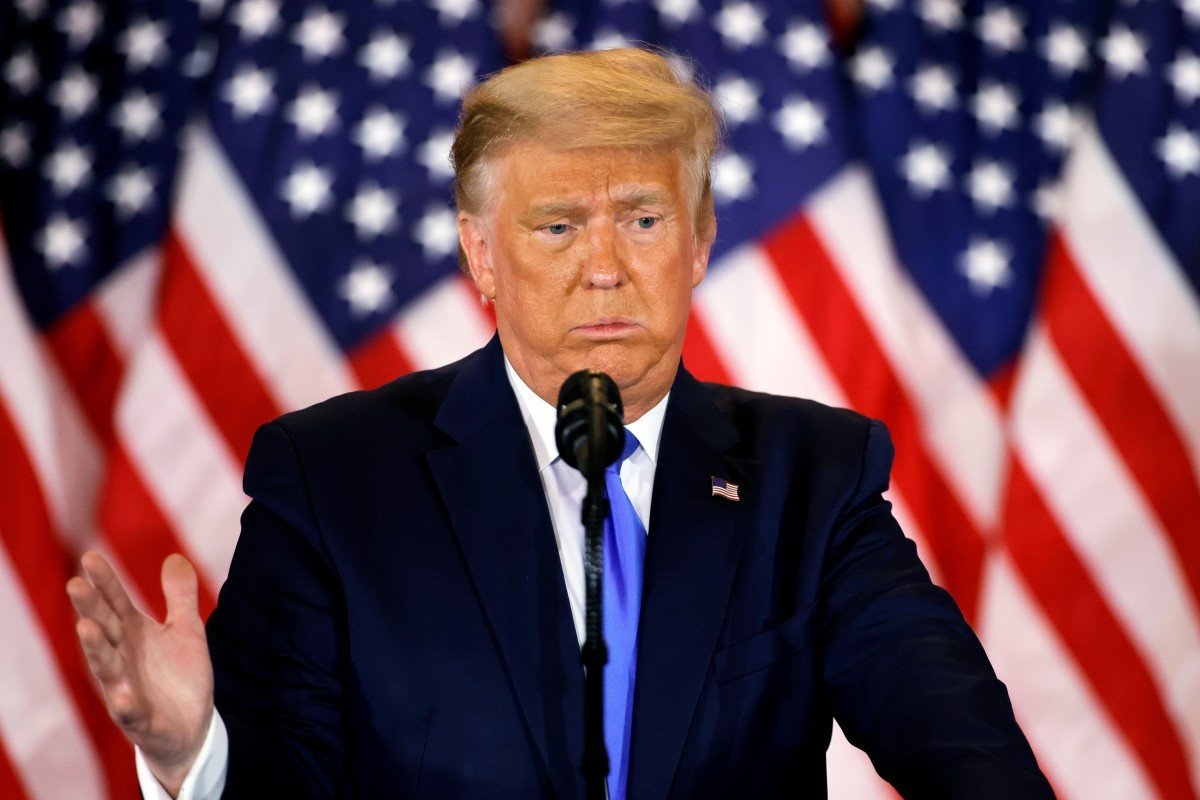 The US president had previously refused to publicly acknowledge that his Democratic rival Joe Biden won the November 3 election.

Donald Trump acknowledged for the first time on Sunday that his Democratic challenger Joe Biden won the US presidential election,but followed up with more unsupported claims that the contest was rigged and vows to continue challenging the outcome.

“He won because the Election was Rigged,” Trump said in one of a series of morning Twitter posts.

As some began interpreting his words as a tacit concession to Biden, Trump walked back on the remarks and emphasised that he had no intention of conceding the race to Biden.

“He only won in the eyes of the FAKE NEWS MEDIA,” he said in a tweet later. “I concede NOTHING! We have a long way to go. This was a RIGGED ELECTION!”

He only won in the eyes of the FAKE NEWS MEDIA. I concede NOTHING! We have a long way to go. This was a RIGGED ELECTION!

Trump resumed his baseless charges of election irregularities and fraud that have been contradicted by officials within his own administration, a day after a rally in Washington by his supporters led to skirmishes with counterprotesters.

The gathering of Trump supporters on Saturday was largely peaceful as they marched from Freedom Plaza, near the White House, to the Supreme Court, where some Republican lawmakers and party leaders addressed the crowd, but devolved into outbreaks of violence as night fell.

At least 20 people were arrested and two police officers were injured as scuffles and bottle throwing between Trump supporters and counterprotesters led to one person being stabbed, according to NBC.

He won because the Election was Rigged. NO VOTE WATCHERS OR OBSERVERS allowed, vote tabulated by a Radical Left privately owned company, Dominion, with a bad reputation & bum equipment that couldn’t even qualify for Texas (which I won by a lot!), the Fake & Silent Media, & more! https://t.co/Exb3C1mAPg

On Friday, US media outlets including CNN, The New York Times and NBC determined that Biden had won Georgia, taking his final electoral vote tally to 306 versus Trump’s 232, the same margin by which Trump defeated Democrat Hillary Clinton, his challenger in the 2016 US election.

However, Trump appears to be digging in further with his allegations that the election was stolen from him, from voting system malfunctions to a lack of election observers, despite a lack of supporting evidence and statements to the contrary from the US Department of Homeland Security (DHS).

“The November 3rd election was the most secure in American history,” the coordinating bodies on election infrastructure and security said in a joint statement issued by the DHS’s Cybersecurity & Infrastructure Security Agency (CISA) on Thursday. “Right now, across the country, election officials are reviewing and double-checking the entire election process prior to finalizing the result.” 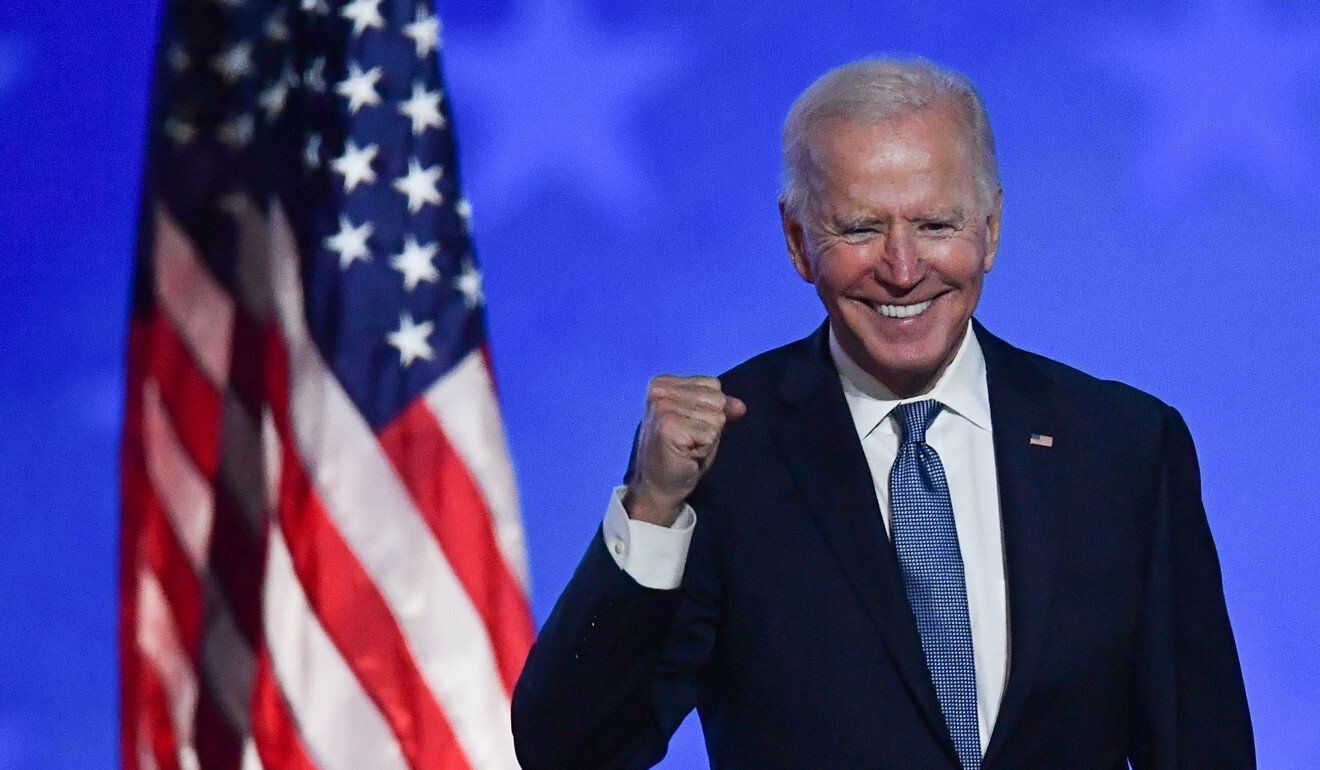 Trump’s tweets on Sunday show a harder line against the outcome compared with his comments on Friday, when he said in an address from the White House: “Who knows which administration it will be. I guess time will tell.”

﻿The president is also blocking Biden’s ability to get access to federal agencies by refusing to concede, setting up the possibility that an impasse in the transfer of leadership will continue.

On Sunday, the administration’s top infectious disease expert, Anthony Fauci, issued an implicit criticism of Trump’s refusal to formally authorise the transition process, telling CNN: “Of course it would be better if we could start working with [Biden’s team].”

Transitions between administrations were “really important in a smooth handing over of the information [...] as it’s almost like passing a baton in a race,” said Fauci. “You don’t want to stop and then give it to somebody, you want to essentially keep going.”

The administration’s refusal to provide Biden’s team access to government resources and official briefings comes as coronavirus cases in the US continue to rocket, with daily infections reaching a record 181,000 on Friday, up from around 133,000 a week prior.

Pressure on Trump to concede the race mounted further on Sunday when his former national security advisor, John Bolton, urged Republicans leaders during an ABC interview to “stand up and explain what actually happened: Donald Trump lost what, by any evidence we have so far, was a free and fair election.”

By midmorning on Sunday, Trump was headed by motorcade to his Virginia golf club, which is where he was last weekend when the Associated Press and other US media outlets called Pennsylvania for Biden, all but assuring the election outcome.