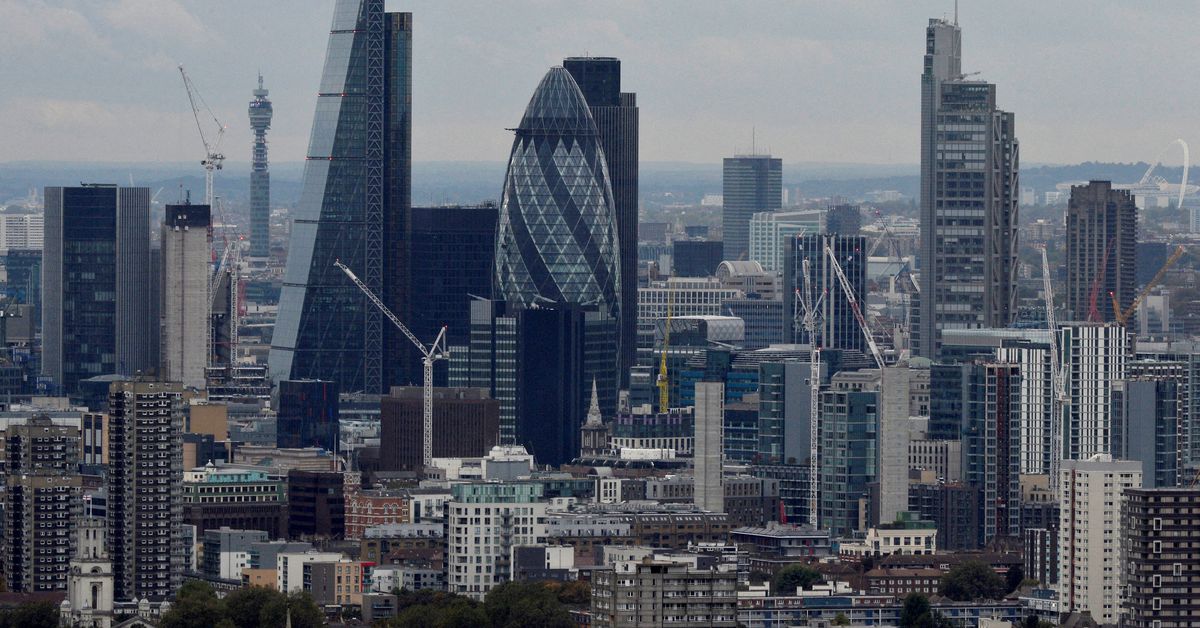 The PMI's preliminary composite index held at 53.1 in June, above the median forecast of 52.6 in a Reuters poll of economists and unchanged from May.

But its measure of new orders fell to 50.8, the lowest in over a year. Factory orders dipped below the 50.0 growth threshold to 49.6.

"The economy is starting to look like it is running on empty," Chris Williamson, chief business economist at S&P Global Market Intelligence, said.

"Business confidence has now slumped to a level which has in the past typically signalled an imminent recession," he said, adding that the economy was likely to show a fall in output in the second quarter that could deepen in the third quarter.

Economies around the world are struggling with similar problems and sterling rose against the euro after a similar survey showed a sharp slowdown in business growth in the single currency area, and the pound recovered some of its earlier losses against the U.S. dollar.

Some analysts said the report, while not yet reflecting the full impact of the cost-of-living crisis, provided a bit of hope that a recession might be avoided.

"For now, the survey offers some reason to think the economy could be a little more resilient than we thought," Nicholas Farr, an economist at consultancy Capital Economics, said.

But others worried about the signs of demand growth petering out and the still high inflation pressures.

Samuel Tombs at Pantheon Macroeconomics said he continued to expect Britain's economy would shrink in the April-June period, albeit partly due to an additional public holiday.

"We still are content with our forecast for a 0.7% quarter-on-quarter decline in GDP in Q2 and only a partial recovery in Q3," he wrote in a note to clients.

The PMI's business expectations index fell by 4.6 points in June, the largest monthly decline since the start of the COVID-19 pandemic, with manufacturers and service providers both reporting their lowest business optimism levels since May 2020.

Separate data showed the limits on finance minister Rishi Sunak for spending more money or cutting taxes to stimulate the economy, as rising inflation-linked debt interest costs pushed the public finances deeper into the red than expected in May.

Inflation is also hitting spending by consumers and figures from the Confederation of British Industry showed retailers - who are not included in the PMI surveys - were feeling the hit this month.

The PMI's measure of job creation was the strongest in three months, in the latest sign of the strength in the labour market.

Companies across the board felt the need to pass on higher energy, fuel and wage costs to customers, S&P Global said.

The BoE is worried that the recent jump in inflation to a 40-year high of 9.1% in May might turn into a permanent problem for the British economy. It said last week it was ready to act "forcefully" if it saw signs of persistent inflation pressures.