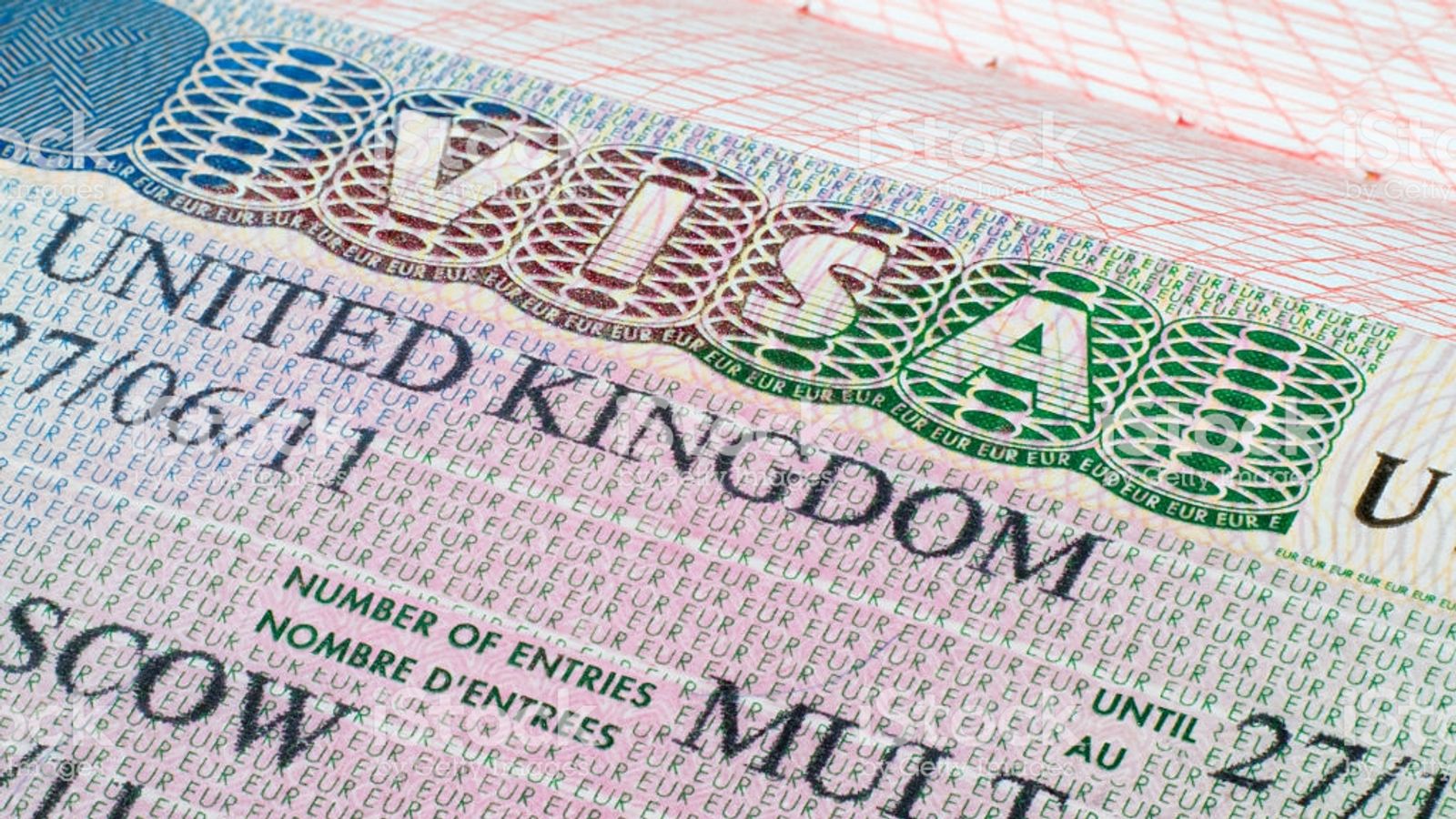 Oligarchs have had the world as their oyster, armed forces minister says, but if Putin continues to threaten the West they will find it "extraordinarily hard" to enjoy the trappings that come with it.

The golden visa scheme used by bmany Russian oligarchs to live in the UK is now closed to all new applicants, the Home Office has announced.

Home Secretary Priti Patel said she made the decision to close it "immediately" on Thursday afternoon "following our review of all those granted" the Tier 1 investor visa.

The scheme allows foreigners who invest at least £2m in the UK to get a visa quickly, which leads to being offered residency.

Ms Patel said: "It has been under constant review and some cases had given rise to security concerns, including people acquiring their wealth illegitimately and being associated with wider corruption.

"While work has been done to reform the route in order to prevent abuse, the Home Office has acted to close it today

"This is just the start of our renewed crackdown on fraud and illicit finance."

Prime Minister Boris Johnson said earlier this week that he was working on deterring Vladimir Putin's allies from benefitting from the UK economy as Russia masses troops on Ukraine's border.

The Home Office said it would be "making reforms" to the Innovator route, part of the incoming points-based immigration system, which it said will "provide an ambitious investment route which works more effectively in support of the UK's economy".

A government source earlier told Sky News the visa scheme was to be shut down this week over "security concerns". 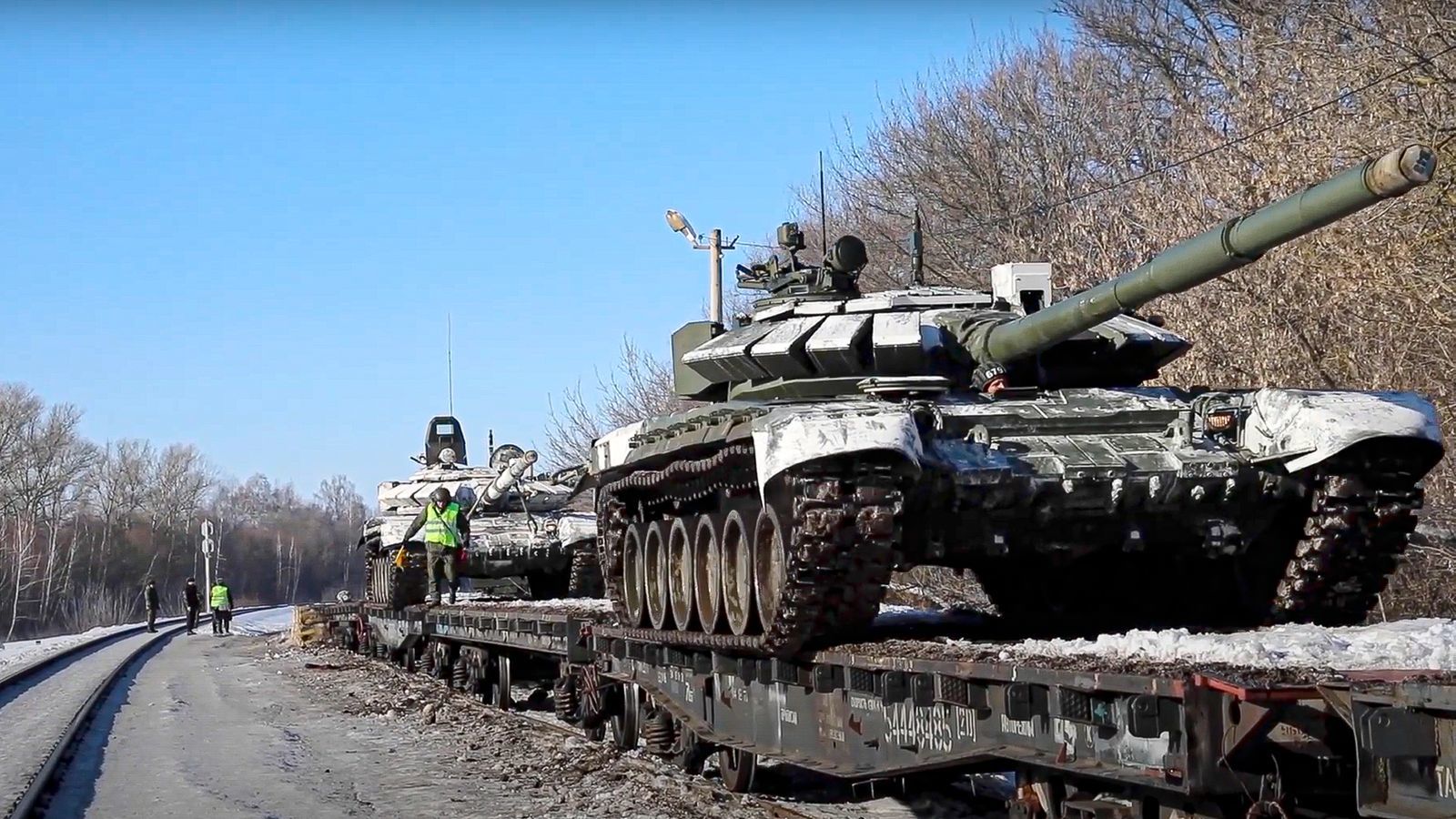 Russia says some troops are going back to their bases but the West says more soldiers are being brought to the border.

What was the golden visa?

The Tier 1 investor visa was nicknamed the "golden visa" because it allows the extremely wealthy to get a visa for them and their family quickly and they are then free to work and study in the UK - or do neither.

Unlike other visa categories, there was no minimum amount of time visa holders had to spend in the UK to preserve their status, though it did lapse after a two-year absence.

It could also be extended indefinitely, provided the investment was maintained, and provided a direct route to UK permanent residency.

Most golden visa holders are from Russia and China.

A significant number of Russian oligarchs have bought homes in London - nicknamed Moscow-on-Thames by some - with many known to have permanent residency.

Many more Russian businesspeople have become oligarchs under Mr Putin than previous leaders, with the president allowing them to maintain their powers in exchange for explicit support for him.

The golden visa was set up in 1994 and re-launched in 2008 in its latest guise. In 2015 and 2019 requirements were tightened after it was found the scheme was at risk of being used for money laundering.

Several immigration lawyers said stopping the golden visa altogether was not the right choice because it would prevent "top-tier talent and investment" from coming to the UK.

Kelly Whiter, immigration law partner at Fladgate, said that instead of scrapping the visa, the Home Office should review the criteria and close off any weaknesses in the system while ensuring the rules are "strictly enforced".

"There is currently a lack of viable alternatives for these individuals, so the withdrawal of the Tier 1 Investor route, where many European countries are competing to attract such talent and investment, is likely to impact the UK's attractiveness moving forward significantly," she said.

Antonia Torr, partner and head of immigration services at Howard Kennedy, said closing the scheme has "all the hallmarks of a political move" because the Home Office changed the rules in 2019 so investors have to prove the source of their wealth as part of the application.

She added: "It is also noteworthy that the past few years have seen a decline in the number of Russians applying for this visa and so really it will be other nationalities who will be impacted by this decision.

"As a move to place pressure on Russia, this may not have the impact that the Secretary of State anticipates."

Labour's shadow home secretary Yvette Cooper said: "It has taken international condemnation of our failures to stamp out Russian dirty money for the home secretary to act. But this must go further with a plan to stop illicit finance coming into the UK.

"While this is welcome, we need the full review published and an overall plan to stop illicit finance coming into the UK."

On Thursday morning, Armed Forces Minister James Heappey told Sky News that Russia was placing more troops on its border with Ukraine, despite Moscow claiming they were pulling back.

As the UK, with NATO allies, tries to prevent an invasion, Mr Heappey said the UK was "entering into a new period of Russian relations... a new period of sustained competition between the West and Russia that probably will last for a generation or more".

As a result, he said parliament is bringing forward measures to "strengthen our ability to sanction Russian oligarchs and deny them financial gain in the UK".

Mr Heappey added: "The message to Moscow is that the price to Russia as a country, in terms of state-on-state sanctions but it's a reflection of Russian politics that this may matter more.

"The cost to the elite around President Putin and those oligarchs that own all of these vast companies and have had the world as their oyster for so long.

"If President Putin continues on the course of action that he's on then the UK will not be alone in making it extraordinarily hard for those individuals to enjoy the trappings of their wealth in the West."