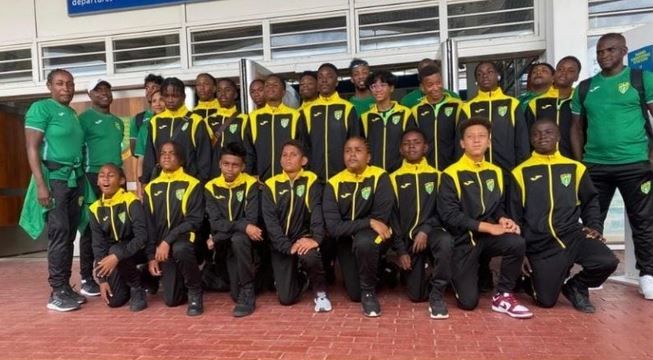 The Virgin Islands (VI) footballers returned to the territory on August 21, 2022, after playing unbeaten in Tier II Group 3 of the 2022 Caribbean Football Union (CFU) Boys’ U-14 Challenge Series in Santo Domingo, Dominican Republic.

With two wins and two draws the VI finished second behind Anguilla, both on eight points, but by virtue of having scored two goals less and were then pipped into a best runner up position by Sint Martin, who playing in Group 2, scored twice in added time at the end of their game against Cayman Islands to win 2-0 and finish with nine points.

The efforts of the VI were nevertheless applauded.

Among those on hand to greet the VI boys as they returned to the territory was the acting Premier Hon Kye M. Rymer (R5). “Well done everybody, I’m sure this won’t be the last time we see you have success, and we look forward to seeing you on the world stage,” Hon Rymer remarked.

Honourable Sharie B. de Castro (AL), the Minister for Education, Culture, Youth Affairs and Sports said, “We are truly, truly proud of all of you. The energy, unity and synergy showed by all of you were priceless. You have elevated the Territory and we are beaming with pride”

Also in attendance at the welcome home ceremony were the Honourable Marlon A. Penn (R8), the Minister for Health and Social Development; and Mr Ephraim E. Penn, the President of the BVI Olympic Committee (BVIOC).

‘They played their hearts out’- Coach Gregg

Coach Cassandra Gregg remained upbeat despite the disappointment. “I have had these boys for 5 years now and as coach it was my job to get them prepared. We survived Irma and Pandemics, trained every day when we could, and despite all that we had a good build-up, including a trip to St Barth’s where we faced some strong opponents.

“From that experience, the boys came back and worked even harder and knew what they had to do at the CFU Challenge. They kept telling me that they were going to the tournament to win, they played their hearts out and, in my eyes, they are champions, were victorious, and will always be champions!” Gregg commented.

The team started off with a 2-1 win against USVI with goals from Othniel Gillings and Blake Kirk.

Draws against Turks and Caicos (0-0) and Anguilla (1-1) followed with Gillings opening the scoring against the eventual table toppers. “It felt good to be a part of this team and score some goals,” Gillings said.

The final game of group play resulted in a 2-0 victory against Saint Maarten with Tiondre Frett scoring from a long-range free kick. “My teammate got fouled just inside their half and I heard my coach say take a good run up and that their keeper was small so try hang the ball up and it worked!”

The other goal came from Michael Anson Findlay. “It was my first tournament, so I was happy with how it went. I have been playing since I was about 7 or 8 and it was a good experience,” Findlay said.

Next up for the team will be participation in the CONCACAF U15 Tournament in 2023. 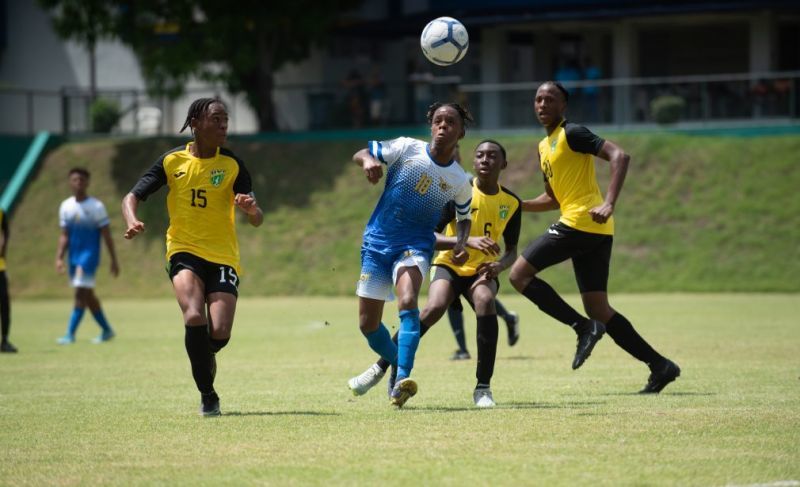 The Virgin Islands in battle against US Virgin Islands (USVI) in Tier II Group 3 of the 2022 Caribbean Football Union (CFU) Boys’ U-14 Challenge Series in Santo Domingo, Dominican Republic. The VI won 2-1. 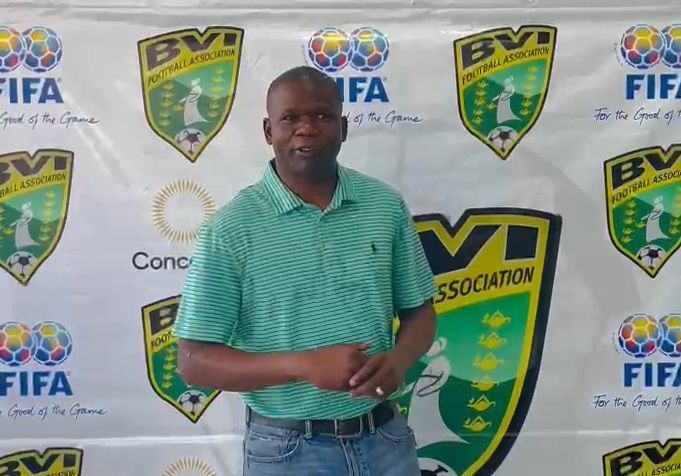 Among those on hand to greet the VI boys as they returned to the territory on August 21, 2022, was the acting Premier Hon Kye M. Rymer (R5).