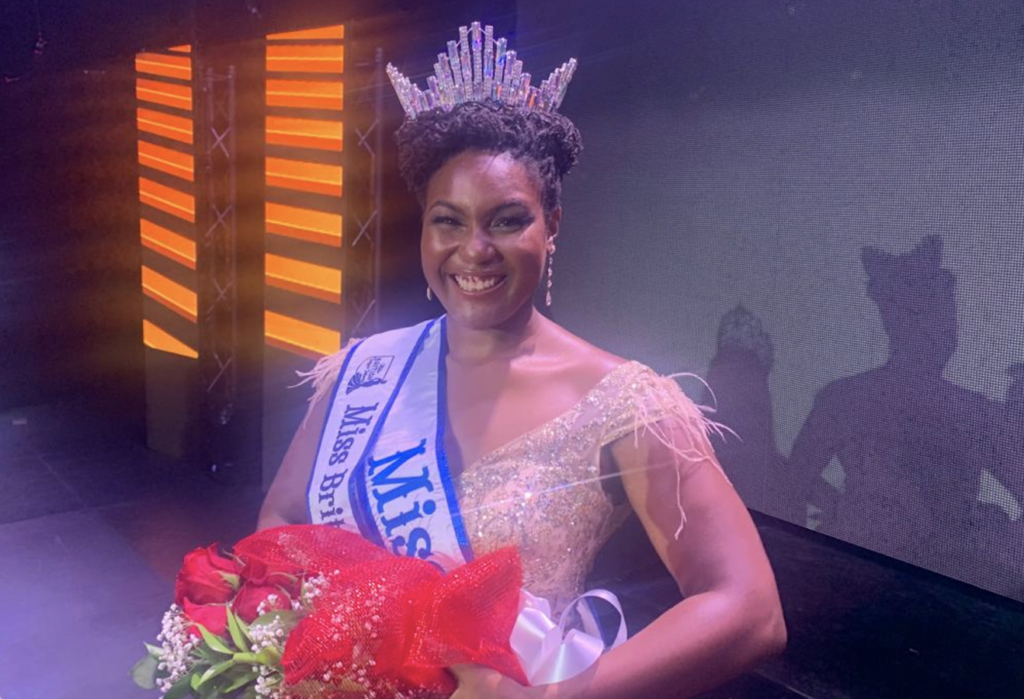 The 20-year-old Howard University student was crowned as the newest title-holder inside the Eileen Parsons Auditorium during the Miss BVI pageant show Sunday night, October 17.

“I plan on using my platform to advocate for making every person within this territory and those who leave this territory an ambassador and hopefully work to make our community even happier and stronger,” the newly minted Miss BVI said.

The young beauty said she developed a love for BVI history and culture during her time at Cedar International School, and this made her fall in love with ambassadorship.

The 20-year-old was one of the many people across the territory who was affected by Hurricane Irma back in 2017, so she moved to the United States. And during her high school years there, she also fell in love with economics. She, therefore, hopes to start a financial institution that will provide capital for students and young people for school and homebuilding.

Following Archibald-Drew’s victory, the young beauty used the moment to offer special congratulations to Penn who captured the majority of the sectional prizes at the pageant.

“She is beautiful, smart and talented and it’s such an honour to get to work with that I thought it made perfect sense,” she said about Penn.

Archibald-Drew won the sectional prize for Miss Intellect and she also scored the highest points in the Personal Interview segment. She sent the H Lavity Stoutt Community College in a frenzy when she answered the defining question on what the Commission of Inquiry is and how it will affect the future of the territory.

The new Miss BVI won a 2021 Honda CRV and a $25,000 academic grant along with a host of other prizes. Her predecessor, Bria Smith, handed her the crown.