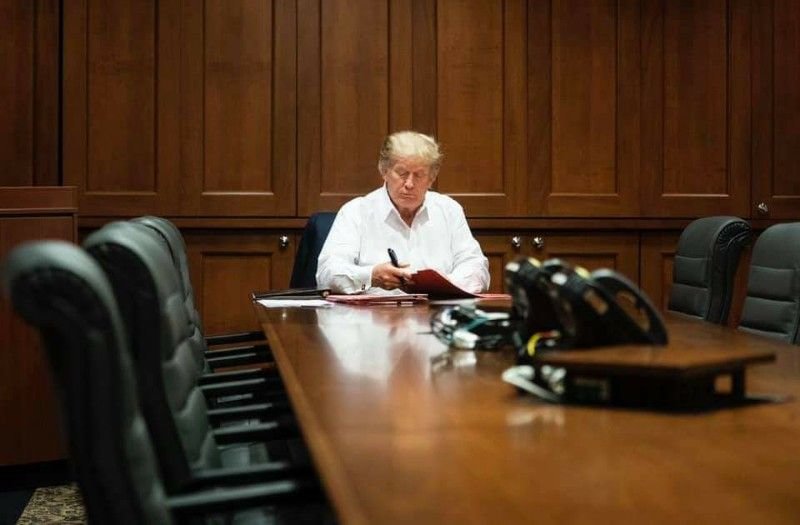 The president 'continues to do well,' his doctor said.

In a memorandum from Dr. Sean Conley and released by the White House, the president's physician wrote that Trump has made "substantial progress" since being diagnosed with COVID-19 overnight between Thursday and Friday. 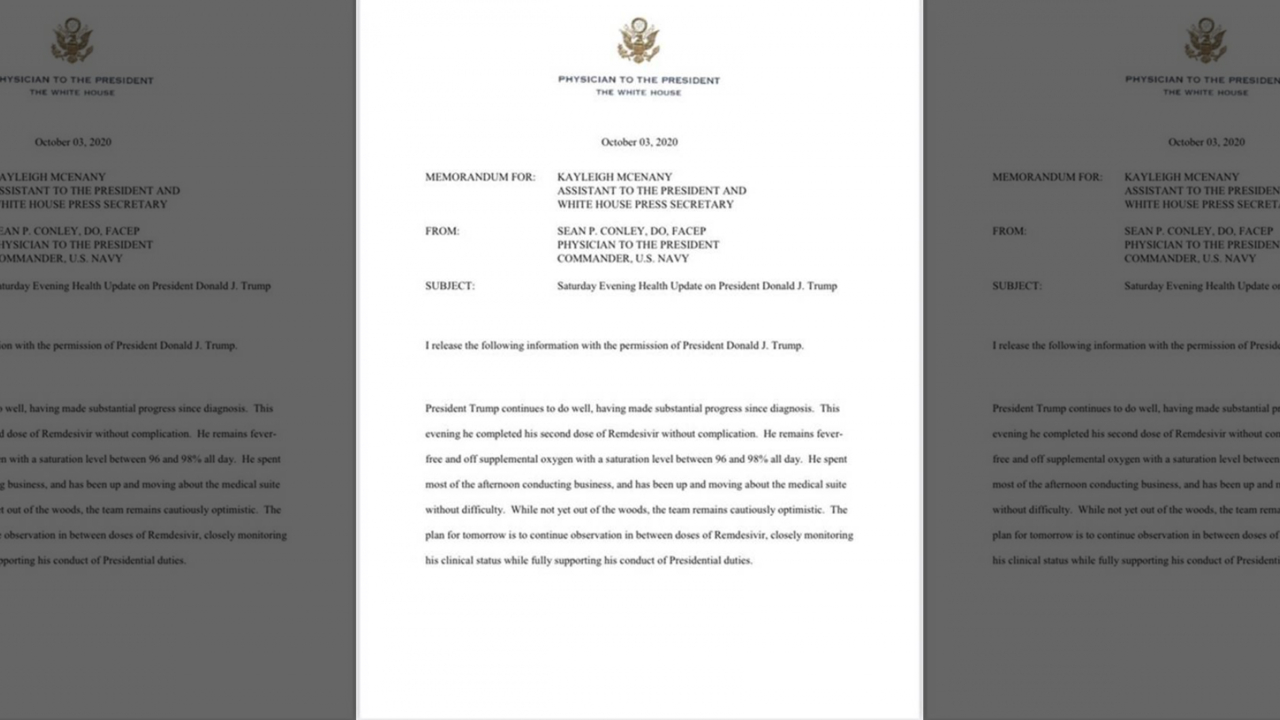 "President Trump continues to do well," Conley wrote. "He remains fever-free and off supplemental oxygen with a saturation level between 96 and 98%"

Conley said the president spent "most of the afternoon conducting business" and has been able to move around "without difficulty."

But he added that the president is "not yet out of the woods," even as the president's medical team is "cautiously optimistic."

Conley said the doctors would continue to administer Remdesivir treatments and monitor the president's status.

For his part, President Trump released a video from Walter Reed Medical Center Saturday evening, informing Americans that he felt "much better" after entering the facility and was committed to defeating the coronavirus.

"I came here, wasn't feeling so well. I feel much better now. We're working hard to get me all the way back. I have to be back, because we still have to make America great again. We've done an awfully good job of that, but we still have steps to go and we have to have to finish that job," he said in a tweeted video.

He entered Walter Reed on Friday after testing positive for the virus. Earlier on Saturday, Dr. Sean Dooley announced that Trump had normal kidney, liver, and cardiac functioning. According to his doctors, he's been fever-free for at least 24 hours, wasn't on oxygen, and didn't have difficulty breathing or walking.

Nothing can stop him from working for the American people. RELENTLESS! 🇺🇸 pic.twitter.com/2ZSat782qe

Oh ya 143 days ago
Where is the photos of biden putting a LID on it at 9:30 AM and running back to hid in his basement? Yes the bought and paid for MSM will never show you that
View all comments (1)Add comment