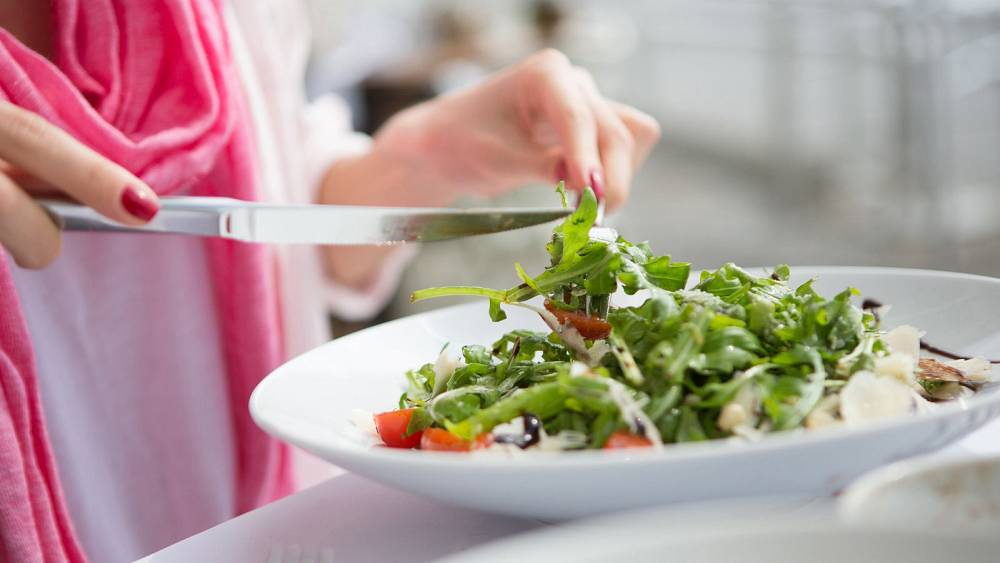 A plant-based diet might be good for your general health, as well as the planet - but scientists are warning that vegetarian women are more susceptible to hip fractures later in life than those who regularly eat meat and fish.

Hip fractures - a problem which is most common in elderly women - can be extremely debilitating, with most patients unable to stand or walk.

This kind of fracture is three times more common in elderly women than men, in part because women lose bone density much faster than ageing men. But even among women, some are more at risk of suffering hip fractures.

Researchers at the University of Leeds in the UK found that, among 26,318 meat-eating, pescetarian and vegetarian women aged 35-69 surveyed, 822 had suffered a hip fracture.

After adjusting the data to take into consideration factors like smoking and age (vegetarians and pescetarians were generally younger, possibly because these diets have become more popular in recent times), researchers found that vegetarian women had a 33 per cent higher risk of hip fractures than regular meat-eaters (those eating meat at least five times a week).

Vegetarian diets 'can be healthy or unhealthy'

In the study published in the journal BMC Medicine, researchers admit not knowing the exact reason why women following plant-based diets are more at risk of hip fractures, but they speculate that this might be because those women are taking in lower amounts of important nutrients like calcium, vitamin D and vitamin B12.

But that doesn’t mean a plant-based diet isn’t good for people, nor that the scientists at the University of Leeds are saying women should ditch a vegetarian diet.

"Vegetarian diets can vary widely from person to person and can be healthy or unhealthy, just like diets that include animal products," the study’s lead author James Webster, a doctoral researcher from the School of Food Science and Nutrition at the University of Leeds, said.

"Our study highlights potential concerns regarding the risk of hip fracture in women who follow a vegetarian diet.

"However, it is not warning people to abandon vegetarian diets. As with any diet, it is important to understand personal circumstances and what nutrients are needed for a balanced healthy lifestyle".

Webster said it’s concerning that vegetarian diets lack nutrients which are linked with bone and muscle health, which are normally more abundant in animal products, but suggests that the solution should be more research into the relation between hip fracture and a vegetarian diet.

"Low intake of these nutrients can lead to lower bone mineral density and muscle mass, which can make you more susceptible to hip fracture risk," he said. "This makes it especially important for further research to better understand factors driving the increased risk in vegetarians, whether it be particular nutrient deficiencies or weight management so that we can help people to make healthy choices".

Researchers also found vegetarian women to have a lower body mass index (BMI) than meat-eaters and pescetarians, which they suggest might mean vegetarian women have less fat to act as a cushion and protect their bones during a fall - the cause of 90 per cent of hip fractures.

What can vegetarian women do to improve their bone health?

Though more research is needed into why vegetarian women are more at risk of hip fractures, the study suggests women on plant-based diets avoid being underweight, fortify their diet with nutrients like B12 and omega-3 fatty acids and maintain a physically active life to improve their bone health.

To reduce their risk of hip fracture, Webster suggests that vegetarians can:

- Eat a balanced diet high in whole grains, nuts, legumes, beans, and eggs/milk (unless you are vegan);

- Consider eating fortified foods, for example, cereals with added micronutrients, such as B vitamins, iron, and protein, or, for vegans, milk alternatives fortified with calcium and vitamin D;

"There are many benefits of the vegetarian diet, including health, environmental, and ethical aspects, that should be considered alongside our finding of a greater risk of hip fracture in vegetarians," said Webster. "Other studies show a reduced risk of other chronic diseases, such as some cancers, diabetes, and cardiovascular disease".

A plant-based diet is also estimated to be the best change you can make in your life to cut your greenhouse gas emission while eating less meat on a global level could have a profound impact on fighting back against the climate crisis.