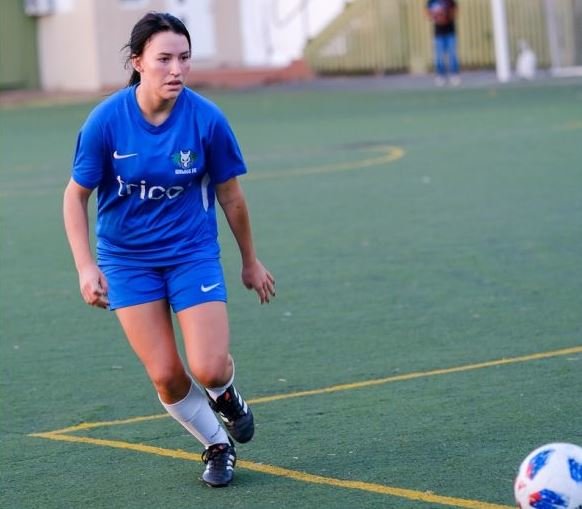 The Wolues FC welcomed back Head Coach John Reilly with a resounding 8-0 victory against the Panthers FC as the BVI Football Association (BVIFA) Women’s Futsal League continued at Cedar School on Saturday, January 16, 2021.

Having not played a league match in over a month, and with Coach Reilly pitchside for the first time, the girls were keen to set the tone early in the game and leave no doubt who the league leaders were.

Passing the ball around with confidence the Wolues created all the early chances and it was Gabi Jermyn who opened the scoring, firing home at the back post from a Darci Reich cross.

The Panthers though looked to hit back straight away, and it took the cat-like reflexes of Tinia Van Zoost to keep the lead intact before the Wolues were able to put the game to bed with some silky passing moves.

Tola Broderick took full advantage of some great build-up play, often inspired by Ariel Mohammed, to claim her first hat trick for the club and further goals came from Reich (2), Jermyn with her second of the game and Zolita Bamford as the Wolues dominated.

“It feels amazing to be part of a team that has put so much effort into getting to the level we are at now,” commented Broderick. “We have trained together for years waiting to put our hard work into match situations and I’m proud of our progress, having scored a hat trick is merely a bonus.”

“Each of the goals was a result of great buildup of play with wonderful final passes that have become a bit of a trademark for the Wolues Ladies team,” noted assistant Coach, Walter Reich. 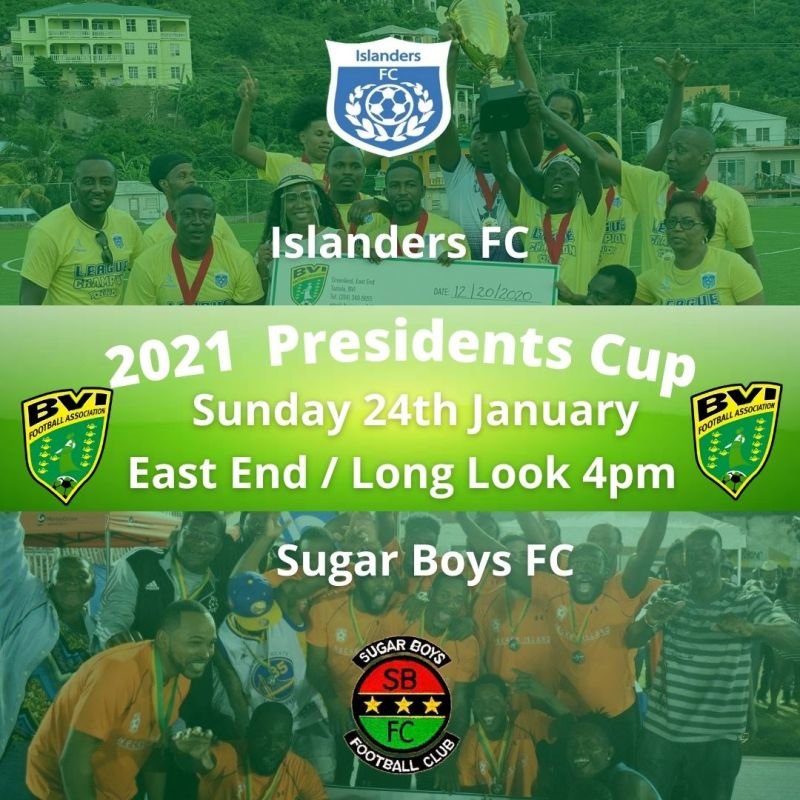 The President's Cup Final will be played at the BVIFA’s East End/Long Look venue with a 4:00pm kick-off on Sunday, January 24, 2021.

Meanwhile, in Men’s football. the Sugar Boys FC and the Islanders FC will meet in the final of the FA Presidents cup after both secured comfortable wins in the Clash of the Big 4 semifinals.

De Andre Rogers, Ranalie Cains, from the penalty spot and Kevin Fisher- Daniel scored the goals for the Islanders in their 3-1 win against the Panthers FC, for whom Timothy Louisnel scored a late consolation.

“The win was a good one for us,” said Cains. “We got knocked out in the first round of the last Presidents Cup, but we played a good game, and I knew a win would be the result.”

The Sugar Boys went ahead in the second half against the Wolues FC through Derrol Redhead and made sure of reaching next Sunday’s Final when Jorge Gonzalez made it 2-0 in the dying moments.

The match will be played at the BVIFA’s East End/Long Look venue with a 4:00pm kick-off.