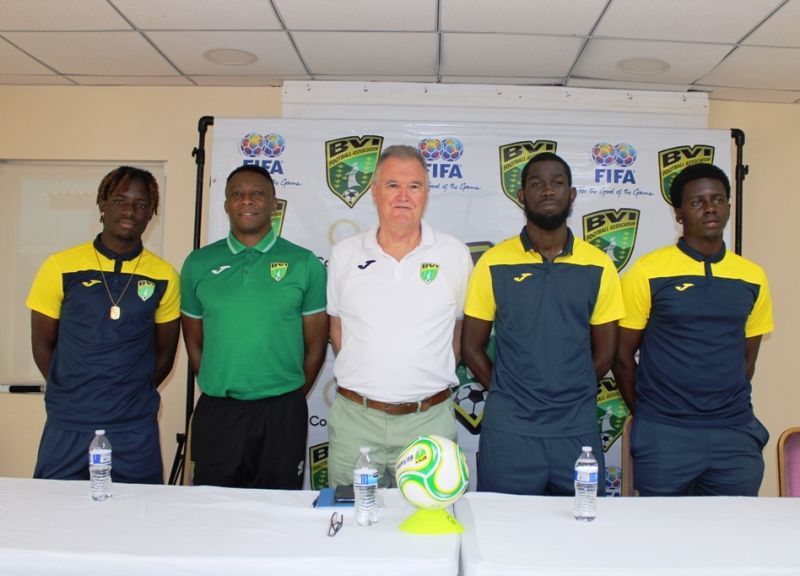 The Senior National Men’s Football Team, featuring a number of young players, will be facing Cayman Islands in the first leg of their match-up in the CONCACAF Nation’s League at A.O. Shirley Recreation Grounds on Friday, June 3, 2022.

'It's a big occasion'- BVIFA President

It will be the first international game for the Senior Men’s Team on home soil since 2016, since the devastation of Hurricane Irma and then COVID-19 caused the VI to play their international games, including the FIFA World Cup Qualifiers and previous Nations League matches, overseas.

“It’s a big occasion for the BVI Football Association and we do encourage the public to come out and support our team,” President of the BVIFA Andrew D. Bickerton said during a press conference at Village Cay Conference Room on May 31, 2022.

“We had to play all of our home games away, which has been a big disadvantage for us so we’re really looking forward to being able now to play in front of our public,” Bickerton stated. 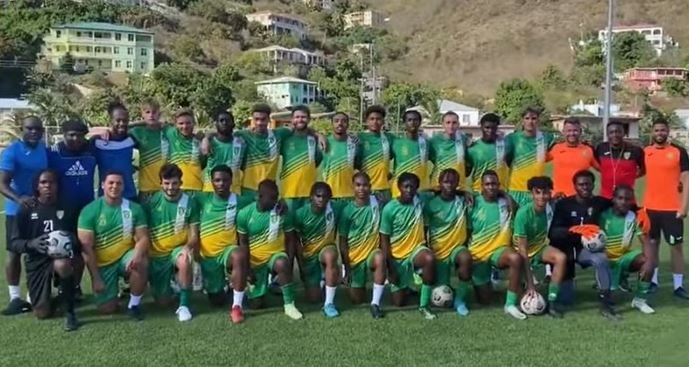 The Senior National Men’s Football Team, featuring a number of young players, will be facing Cayman Islands in the first leg of their match-up in the CONCACAF Nation’s League at A.O. Shirley Recreation Ground on Friday, June 3, 2022.

The BVIFA President noted there is a significant number of young players who were developed through the BVIFA’s youth programme who have now come into the national team squad, “so it is an opportunity for the public to see our young players representing their country for the first time.

National Coach and former Arsenal player Christopher M. Kiwomya who has been in the Territory since October 2021, said the players were encamped since last week and have been performing excellently.

“They work really hard and there’s been a good camaraderie in the team and we’ve just been working on the tactical side of elements.”

'Be like the 12th man'- National Coach to public

Coach Kiwomya; however, is not too worried about FIFA rankings.

“They are above us in the rankings but that doesn’t mean anything…I have asked all the players and [they] are looking forward to competing against the Cayman Islands.”

“We really ask all supporters to come out there and be like the 12th man to really support the lads and get behind us because I really think if you get everything right on the day we can put in a good performance and get a good result and [that] would be a good start even if we don’t get the result that we want, as long as we can show that we can compete in every game and stay in the game that’s the main thing.”

The Virgin Islands will be skippered by Kavon Troy Caesar, who said he was pleased with what he has seen from the young players and look forward to a good game on Friday.

“We are ready to compete together with the support of the community,” Caesar stated.

The VI will then travel to Cayman Islands for their return leg on June 7, 2022.