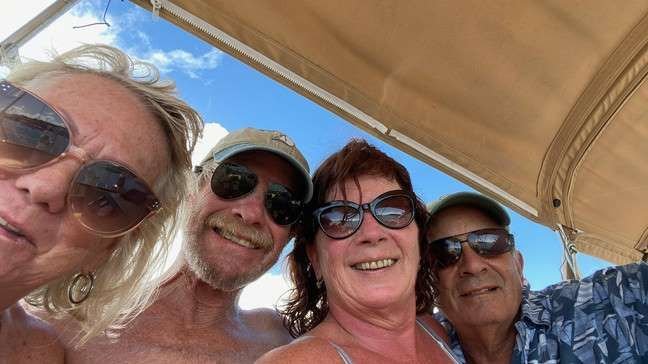 The Office of the Department of Public Prosecutions (DPP) has issued a statement in response to an article that appeared in a US publication raising concerns about the conditions of four US citizens held for illegal entry in the [British] Virgin Islands.

“There is an erroneous news article titled: “Virginia woman worried about safety of sister detained in British Virgin Islands” by Scott Taylor, ABC7 WJLA, November 26, 2020,” the statement from the Office of the DPP on Sunday, November 29, 2020, read.

According to the article Lynn and John Hines claimed they, along with a friend and the boat captain, were sailing from St Thomas to St John when their boat entered 1.5 miles into the Virgin Islands water by accident. The article said it was after the captain of the boat turned back toward United States water that’s when the VI custom agents boat approached the sailboat.

“This is where they took our passports and all the boat's documentation and then stated that you are being charged with trying to enter the country illegally, not coming to a port of entry and they carry two $10,000 fines," says Lynn Hines, according to the article.

The Hines couple, from Manning, South Carolina, alleged Custom agents demanded they hand over $20,000 in fines before they are allowed to leave. 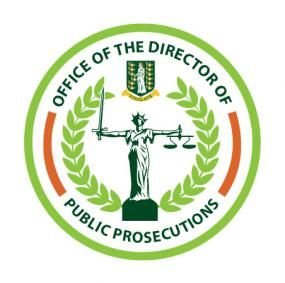 The Office of the Director of Public Prosecutions (DPP) said all four persons detained are 'safe and are being cared for with BVILOVE and with the finances of the Government and people of the Virgin Islands.'

‘We are hostages being held for ransom’ US couple alleges

Additionally, Mr Hines said “We are hostages being held for ransom and not being charged. The only one charged is the boat owner. We have been informed because we were on the boat we were also in territorial waters and also being detained," says John Hines.

The Hines claimed their captain attempted to pay the $20,000 fine with credit cards but custom officials want cash.

"I am very concerned as I have seen the conditions of the accommodations they were given for their detainment. I don't understand why my sister and brother-in-law who were not charged are being held with no real resolution," adds Sue Carlin. 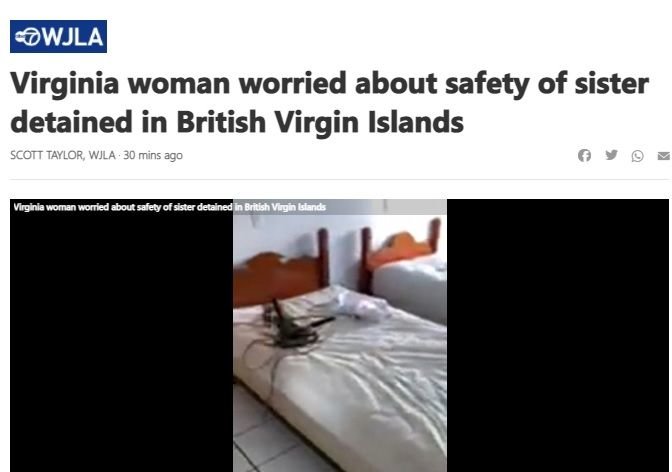 The Office of the Department of Public Prosecutions (DPP) has labelled as 'erroneous' an article that appeared in a US publication raising concerns about the conditions of four US citizens held for illegal entry in the [British] Virgin Islands.

But, according to the Office of the DPP, the four persons were apprehended by the Joint Task Force, particularly Customs and Immigration Officers on November 19, 2020.

It said Nicholas Cancro, John Hines Jr, Lynee Ann Hines and Jeanne McKinnon were on board a vessel that entered the Territorial waters without permission from the Ministry of Health and the Chief Immigration Officer, while the Territory’s Borders remain closed.

“The persons were charged with illegal entry without the permission of an Immigration Officer contrary to section 20(3) of the Immigration Ordinance Cap 130 as amended.

Pursuant to the Public Health laws of the Territory that were introduced to protect the Territory's citizens from the spread of the novel COVID-19 virus, the four individuals have been placed on mandatory quarantine for a period of 14 days at a local hotel.”

The Office of the DPP said all four persons are “safe and are being cared for with BVILOVE and with the finances of the Government and people of the Virgin Islands.”

The matter, according to the statement, was submitted to the Office of the Director of Public Prosecution on November 27, 2020, by the Commissioner of Customs at 11:15 a.m., following which the matter was processed and forwarded to the Magistrates' Court via the Police Prosecution Unit, for an urgent hearing date.

The Office of the DPP also reminded the public that the Territory reserves the right to apprehend and prosecute any person regardless of nationality, race, gender etc., who violates the laws of the Virgin Islands.

“The allegations being circulated by the press and persons are without merit and can easily attract civil and criminal liability.

The Government of the Virgin Islands through its law enforcement officers remains committed to keeping the Territory safe. Additionally, the Territory looks forward to its reopening of its borders on December 1 when it will welcome visitors in a safe and controlled way,” the statement said.