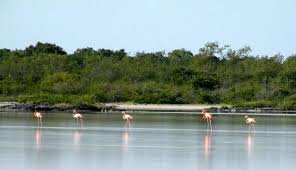 Administration building to be named after O’Neal

The House of Assembly voted on Oct. 18 to rename the Central Administration Building after Ralph O’Neal, the first premier of the Virgin Islands and the longest serving elected politician in the history of the territory, according to Transportation, Works and Utilities Minister Kye Rymer, who introduced the motion to rename the building.

The minister credited Mr. O’Neal’s leadership with the growth of financial services, the increased recognition of the needs of the sister islands by the government, the establishment of statutory bodies, and the implementation of the United States visa waiver initiative.

Other members went on to share personal stories of Mr. O’Neal’s service. Health and Social Development Minister Carvin Malone (R-at large) pointed out that the former premier joined the teacher service at the age of 18, and thus served in public life a total of 64 years.

Opposition member Alvera Maduro-Caines (R-D6) recalled eating lunch with him during HOA sittings after she was first elected in 2011. She recounted how they would chat about cricket and religion, and how he would offer her political advice.

Opposition Leader Marlon Penn added, “I saw the way he conducted himself with first-class integrity, [performing] his duties diligently even in the twilight of his political career.”

Mr. Rymer also announced that works on restoring the newly renamed Ralph T. O’Neal Administration Complex have commenced and that he has taken responsibility for project management following a Cabinet decision.

The TWU Ministry is working on the project with consultants from international architecture firm OBMI, he added.
He said the contracts to repair the roof and reinstall the skylighting have been awarded to STO, with Dion Stoutt serving as local affiliate, and Wallans Skylight, respectively.

Materials are starting to arrive on island and repairs are set to start soon, he said, adding that he hopes to have the roofing work finished by the end of the year.

The tender to replace the windows, frames and doors is now in the public domain and he hopes to select a local bidder by the end of the year, he said.

As repairs proceed, he added, the Deputy Governor’s Office is working on securing accommodation for employees who will be forced to relocate for safety reasons.