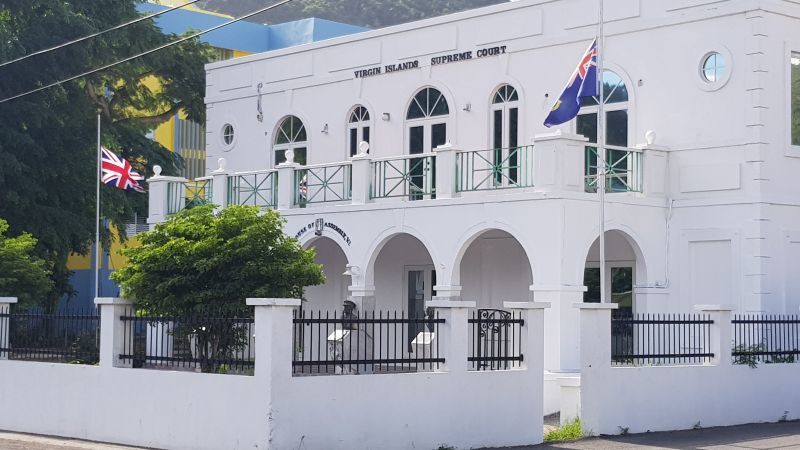 Stating that if he is granted bail, it would lead to an erosion in public confidence in the justice system, High Court Judge Richard G. Floyd has denied the bail application for 31-year-old Danny Dennevil.

This is the second time Dennevil’s bail has been denied.

On November 30, 2021, Senior Magistrate Tamia N. Richards denied him bail at the Magistrate’s Court, along with one of his co-accused Cassini Skelton, a boat captain, and had them remanded to Her Majesty’s Prison.

The two defendants were charged with Illegal Entry and were jointly charged with Jerome Hopkins Jr, the only one granted bail, in the sum of $40,000 with one signed surety and a 6 pm to 6 am curfew–for Harbouring and Assisting in Illegal Entry.

The men were accused of smuggling 28 illegal immigrants into the Virgin Islands.

According to the January 12, 2022, judgement, Dennevil the applicant, submits that he is entitled to bail and should be granted bail because he is a BVI Belonger. He submitted that he has a residence in Long Bush, Tortola and has friends and family there, including a wife and his mother. He has no criminal record. He has a trade as a carpenter and is employed at EMC General Contractors in Oil Nut Bay, Virgin Gorda.

He denied that he was a flight risk and indicated that he will abide by all bail conditions imposed.

The respondent, the Office of the Director of Public Prosecution represented by Crown Counsel Kellee-Gai Smith submitted that Dennevil had dual citizenship, having been born in the Dominican Republic and the potential for a significant penalty, are also cause for concern in relation to flight and the appearance in court by the Applicant if he is released on bail.

She said his inability to keep the peace while on bail for similar offences and his failure to report as required, are indications that he will not abide by conditions if released again.

No reporting for one year!

The Judge said that Dennevil was required to be of good behaviour and to report to a police station once a week and he failed to do so for more than a year.

“It turns out that he did neither for any length of time. Although he remains innocent of the new charges, they nevertheless allegedly took place while the Applicant was on bail. Although that is troubling, the Court must consider whether it could be dealt with by way of increased and stricter bail conditions. The fact that the Applicant failed to comply with his bail condition to report to a police station for over one year is simply outrageous,” the judge remarked.

“It demonstrates a clear and ongoing determination to disregard the order of the Court. The Applicant was aware of his reporting obligations. He made no effort to vary the conditions. He blamed his tardiness on increased work hours and receiving certain instructions from police.”

He said Dennevil had not reported since after October 2020.

Judge Floyd pointed out that the charges before the court are serious.

“Human Trafficking is an international problem. As we have recently seen in cases from this region and elsewhere, human trafficking can result in the death or serious injury of the migrants involved. The unauthorised entry of migrants can have a significant impact upon the local economy and the public health implications are enormous. Based upon his inability to comply with the terms of release previously, he will not comply if released again. Bail conditions will not suffice, as proven by the outstanding charges,” he said before denying him bail.

Information gleaned from the court stated that the offences occurred between November 20 and 23, 2021.

During the journey, the boat faced engine failure and Skelton called his co-accused Dennevil to help him when the four-hour-long journey extended into eight hours.

Skelton and Dennevil allegedly brought the illegal immigrants to the VI on Sunday, November 21, 2021, and transported them to Mr Hopkins Jr. apartment in Baughers Bay.

When the illegal immigrants arrived, they were told by the pair that they had to pay an additional $1,000 each to complete the journey to St John.

The group consisted of Haitians, Venezuelans and Peruvians.

The Venezuelan nationals paid the additional sum and left the territory the next day while the others remained and had to pay $100 per night at the apartment to Hopkins Jr.

On November 24, 2021, police received information from Hopkins Jr. about the illegal immigrants and they raided the apartment where they found 14 individuals hiding while three fled and escaped on foot.

Six Haitians, seven Venezuelans and a Peruvian were all taken into custody and investigations confirmed that they had landed into the territory illegally.

They were interviewed and they told investigators of how they managed to be illegal on VI soil.

Hopkins Jr. and the others were allegedly concerned that the illegal immigrants especially the Haitians were unable to pay for their accommodation and he complained to an officer that he rented his property to someone who had Haitians living there that he wanted to have them evicted.

Later when they were interviewed, the illegal immigrants were able to positively identify the men and they were later charged with the offences.

During the caution interview, Dennevil admitted to visiting the apartment with Skelton and helping Skelton to bring the 28 persons into the VI. Skelton made no reply to the questions during the interview.

In the meantime, after the raid of his apartment, Hopkins Jr. voluntarily went to the police station and was later linked to the pair and the charges were brought against him.