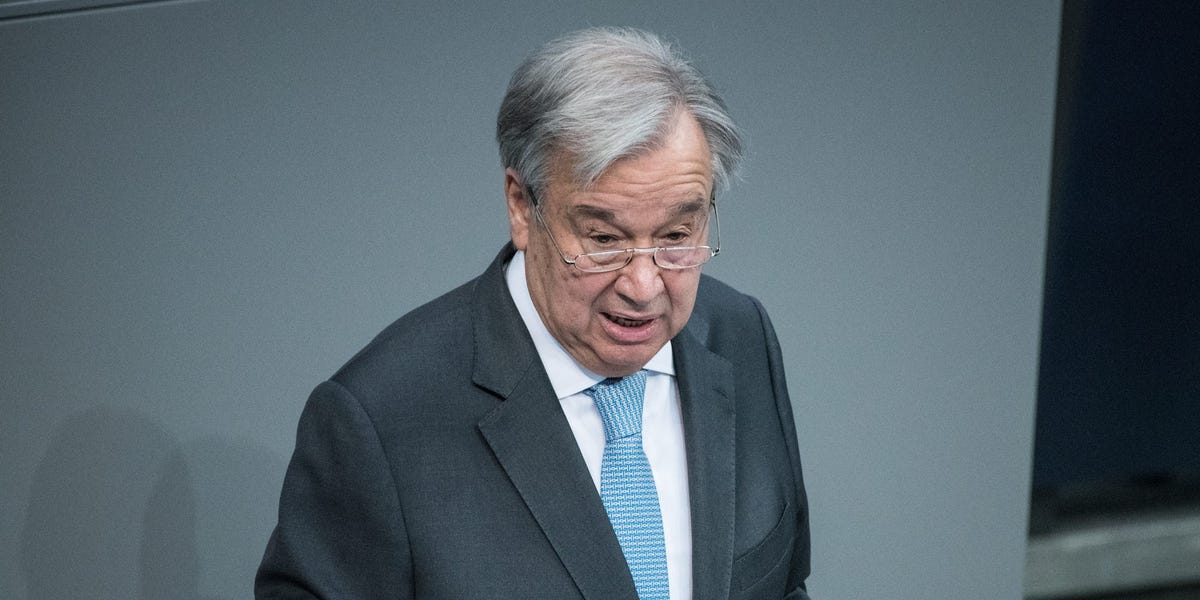 "This is total lack of scientific knowledge, this is complete ignorance," Guterres said in comments to reporters, per Reuters.

In response to whether climate change is to blame for the intense winter weather in the US, the UN chief said global warming could make "all storms, all oscillations ... more extreme."

Guterres' comments come as Texas and neighboring states contend with a fatal winter storm that left millions without power, heat, and potable water.

Republican leaders and climate change skeptics have falsely blamed the outages on renewable energy sources and the Green New Deal, a Democratic plan to address climate change that hasn't actually been implemented. The Electric Reliability Council of Texas (ERCOT), which operates the state's power grid, said that most of the outages have been "primarily due to issues on the natural gas system."

The UN on Thursday released a new, dire report on environmental crises threatening humanity, zeroing in on climate change, biodiversity depletion, and pollution. It offers a blueprint for how the world can approach this trio of crises.

"Without nature's help, we will not thrive or even survive. For too long, we have been waging a senseless and suicidal war on nature," Guterres said in remarks on the report during a virtual press briefing on Thursday. "Human well-being lies in protecting the health of the planet. It's time to re-evaluate and reset our relationship with nature."

In his remarks, Guterres praised President Joe Biden's move to return the US to the Paris climate accord, a landmark agreement between almost 200 nations to reduce greenhouse gas emissions.

"President Biden's commitment to net zero emissions means that countries producing now two-thirds of global carbon pollution are pursuing the goal of carbon neutrality by 2050," Guterres said. "But we need to make this coalition truly global and transformative ... We cannot delay."

Former President Donald Trump, who is among Republicans who've suggested cold weather means global warming isn't occurring, withdrew the US from the Paris agreement. On his first day as president, Biden signed an executive order to reverse Trump's decision and has made tackling climate change a top priority. Biden tapped John Kerry, secretary of state under the Obama administration, to serve in a brand new role as his climate envoy on the National Security Council.
#Donald Trump  #Joe Biden
Add Comment