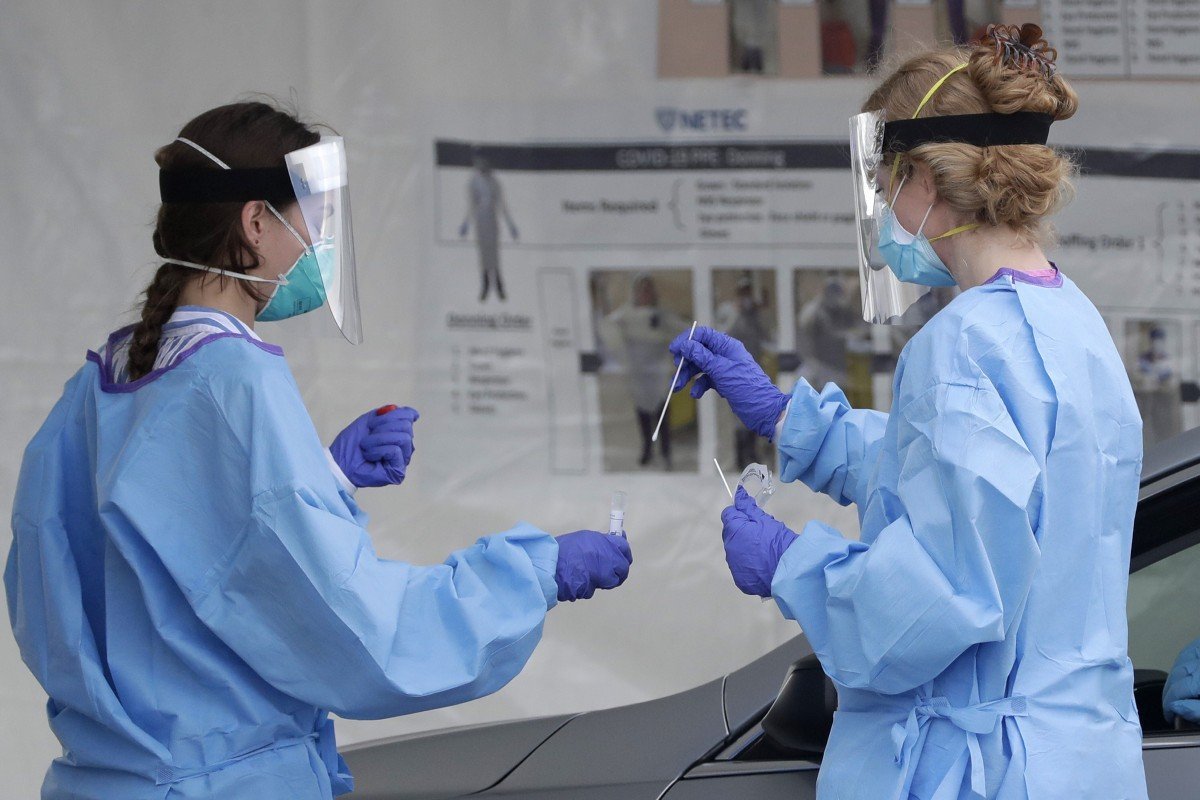 Joint efforts of health care industry, pharmaceutical companies and tech firms are a stark contrast to the Washington-Beijing divisiveness. As many as 332 Covid-19 clinical trials have been launched from China, South Korea, Europe and North America, according to the medical journal The Lancet

Despite the spread of the coronavirus that has infected 1.5 million people and devastated economies around the world, the United States and China have proven unable to work together at the government level to battle the human crisis. But researchers and scientists from both countries – as well as others – are locking arms to advance vaccines and treatments for Covid-19 from the ground up.

In March, US tech giant Intel and Hong Kong-headquartered Lenovo teamed up to offer supercomputing capacity to support scientists at Shenzhen, China-based BGI Genomics to analyse the virus’ genome. The tech boost will speed up the sequencing, critical in developing vaccines and treatments, to five and a half hours from the previous 150 hours.

As many as 332 Covid-19 clinical trials have been launched from China, South Korea, Europe and North America, with 188 looking for patient recruitment globally, according to the medical journal The Lancet.

“Global collaboration is now more important than ever, as scientists across the world race against time to develop a drug or vaccine that can treat this virus and save lives,” said Dr Yongwei Zhang, a BGI vice-president who oversees the Americas business. “Diseases know no borders.”

The virus has been confirmed in at least 184 countries worldwide and claimed more than 87,000 lives in a matter of months.

The efforts of hospitals, clinics, research centers, pharmaceutical companies and tech firms to find desperately needed remedies mark a stark contrast to the divisiveness that has characterised the US-China relationship for the past few years.

Just weeks after Washington and Beijing signed a phase one deal in a trade war that had lasted nearly two years, the US found itself in virtual physical and economic lockdown.

The White House’s approach remained more nationalistic than global. Unlike previous administrations that led the world and fostered multilateral collaborations during crises, President Donald Trump persists with his nationalistic theme.

Trump has said that the US has the best doctors and scientists and it can deal with the problem right at home.

“The pandemic and the response to it have revealed and reinforced the fundamental characteristics of geopolitics today,” Richard Haass wrote in Foreign Affairs.

“Waning American leadership, faltering global cooperation, great-power discord: all of these characterised the international environment before the appearance of Covid-19, and the pandemic has brought them into sharper-than-ever relief. They are likely to be even more prominent features of the world that follows,” he said.

Ideally, the pandemic would bring renewed commitment to building a more robust international order, much as WW II did. The more relevant precedent may be the period after WW I-an era of declining US involvement & mounting global upheaval. @ForeignAffairs https://t.co/cIYNxhSySV

As the virus spread, the blame game began. A Chinese Foreign Ministry spokesman had claimed the origin of the virus could have been US military personnel who travelled to Wuhan, China, last fall. Trump responded by calling the contagion the “Chinese virus”.

The scientific community pushed back. In late February, a group of 27 public health scientists said in a statement published in The Lancet: “we stand together to strongly condemn conspiracy theories suggesting that Covid-19 does not have a natural origin.”

“The rapid, open and transparent sharing of data on this outbreak is now being threatened by rumours and misinformation around its origins,” they wrote.

“We have watched as the scientists, public health professionals and medical professionals of China, in particular, have worked diligently and effectively to rapidly identify the pathogen behind this outbreak, put in place significant measures to reduce its impact and share their results transparently with the global health community.”

In early January, scientists in China sequenced the virus’ genome and made it public on an open-access site, the Nucleotide Database at the National Center for Biotechnology Information.

The publication was a critical step that allowed scientists worldwide to develop diagnosis protocols and to start developing potential treatments.

One promising vaccine candidate developed by Johnson & Johnson traced its roots back to that research. The company said in its press release that it “began efforts as soon as the novel coronavirus sequence became available”.

Massachusetts General Hospital in Boston, which is affiliated with Harvard University, has teamed up with Xijing Hospital in Xi’an, China, to test inhalable nitric oxide, the component used in Viagra, as a potential coronavirus treatment for patients with mild to moderate symptoms.

In March, the Bill & Melinda Gates Foundation joined Mastercard and Wellcom, a British-based foundation supporting medical research, to establish the Covid-19 Therapeutics Accelerator. The programme aims to speed the development of and access to therapies for the disease, committing up to US$125 million in funding.

The initiative is looking to identify about 50 to 100 drugs already approved by the US Food and Drug Administration, then narrow the list to a few that can be scaled up.

More than 30 leading publishers, including the Chinese Centre for Disease Control and Prevention and the Chinese Journal of Lung Cancer, have committed to making all of their Covid-19 and coronavirus-related publications accessible and reusable.

In the US, the local business community reached out to Chinese companies independently to address the shortage of testing. A few days ago, BGI shipped 50,000 testing kits to the Kansas City metropolitan area in a partnership with local business leaders and the University of Kansas Health System.

Nathaniel Hagedorn, CEO of NorthPoint Development in Riverside, Missouri, started searching for companies that provided test kits to China and South Korea when four employees showed symptoms of infection but couldn’t get tested.

Five local business executives purchased the test kits, which have been used in more than a million diagnoses.

“Businesses can make a big difference, and our country needs effective leadership at this time,” Hagedorn said.

Said BGI’s Zhang: “The harsh reality of Covid-19 is that we are all connected. The consequences [of not working together], unfortunately, will be human lives lost.”