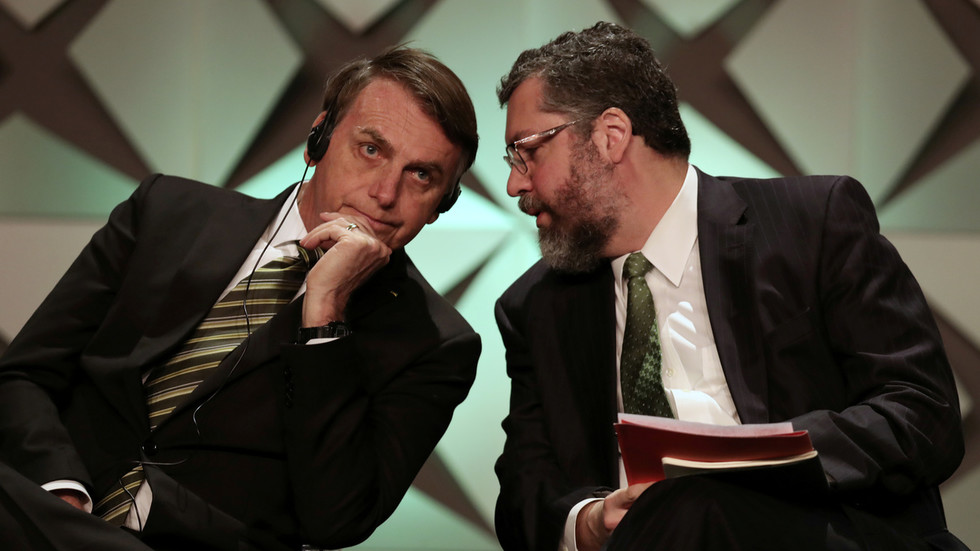 Hours after Araujo’s resignation was reported in the media – but not officially confirmed by Alvorada Palace – Azevedo e Silva announced he would be stepping down “knowing the mission was accomplished” and thanking Bolsonaro for the opportunity to serve.

While Azevedo’s resignation came as somewhat of a surprise, Araujo’s was more or less expected, after leaders of both chambers of Brazil’s National Congress criticized him for failing to secure vaccines against the coronavirus for some 200 million Brazilians.

The 53-year-old has been a career officer at the foreign ministry, known as Itamaraty, since 1991. He headed the Department of the United States, Canada and Inter-American Affairs, and served at Brazilian embassies in Ottawa and Washington, DC before he became foreign minister in 2018.

On Saturday, more than 300 diplomats published an open letter accusing Araujo of causing “serious damage” to the international image of Brazil. One of the diplomats – who spoke to the newspaper Folha de Sao Paulo on condition of anonymity – said that Araujo was once considered an “eccentric lunatic” but is now a “nefarious character, a criminal” because of his handling of the pandemic.

“Brazil cannot keep showing the face of a delinquent to the world,” Senator Katia Abreu of the opposition Progressive party said on Sunday.

“One thing’s for sure, he’s the worst foreign minister Brazil has ever had,” Celso Amorim, who served in the post under President Lula da Silva – between 2003 and 2011 – told the Guardian.

Araujo has been criticized for not negotiating a deal for vaccines against Covid-19, but also for speaking favorably about former US President Donald Trump, “bashing” China, and opposing the World Health Organization's COVAX initiative as “globalist.”

Brazil has helped conduct clinical trials for the Oxford-AstraZeneca vaccine. Earlier this month, the US Department of Health and Human Services admitted it had worked to “persuade Brazil to reject the Russian COVID-19 vaccine,” Sputnik V.

The resignations of Araujo and Azevedo e Silva come as Brazil’s daily death toll from Covid-19 exceeded 3,000 and the total number of deaths attributed to the virus is over 310,000.

“The next stage is the health system collapse,” Miguel Nicolelis, professor of neurobiology at Duke University who has advised several Brazilian mayors and governors, told AP, adding he anticipates the death toll to reach 500,000 by July.

Another Brazilian living in the US, Monica de Bolle – a senior fellow at the Peterson Institute for International Economics in Washington – told the agency the “only real fix is a very harsh lockdown with the population really abiding by it, which may be a hard sell.”

Meanwhile, some Democrat activists in the US are saying there is no way the “corrupt grifter” Bolsonaro would “distribute the vaccine efficiently or equitably” and are calling for an “international intervention” in Brazil led by Washington.