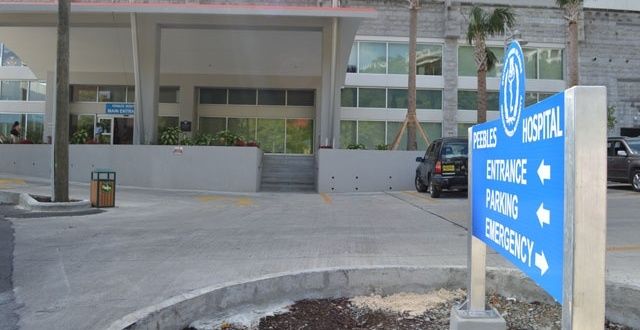 COVID-19 has claimed the lives of two more persons in the British Virgin Islands.

This was confirmed by the Ministry of Health and Social Development via a press release late Wednesday, July 14.

The release said this two new deaths bring the toll to six.

“The deceased are a 48-year-old male and a 75-year-old female who were all patients at the Dr. D. Orlando Smith Hospital at the time of their passing,” it informed.

Minister for Health and Social Development Hon. Carvin Malone has since expressed sympathies to the families of the deceased and used the opportunity to urge residents to follow the established protocols and remain vigilant.

He also called for residents to join in the 21-day prayer and fast that is currently ongoing.

In the meantime, the Acting Chief Medical Officer (CMO), Dr. Ronald Georges, said as of July 13, there were 1559 active confirmed cases of COVID-19 in the Territory.

Addressing the matter, he called on residents to take the virus more seriously and vaccinate.

“I cannot stress this enough. Let us help to reduce the outbreak by limiting person to person contact. If you have been asked to quarantine or self-isolate, do so. More importantly, adhere to the strict curfew order where all persons are to be indoors from 7:00 p.m. to 5:00 a.m. Persons are also reminded to wear masks, sanitize or wash hands, and stand six feet apart,” he said.

Meanwhile, the admissions to the Dr. D. Orlando Smith Hospital as of July 14 indicates that there are seven persons admitted to the Emergency Room with one death.

One person has been admitted to the Obstetric Unit.

It also indicated that of the 31 persons who have been admitted, 30 are unvaccinated, and one has been vaccinated but that individual was admitted for medical reasons.