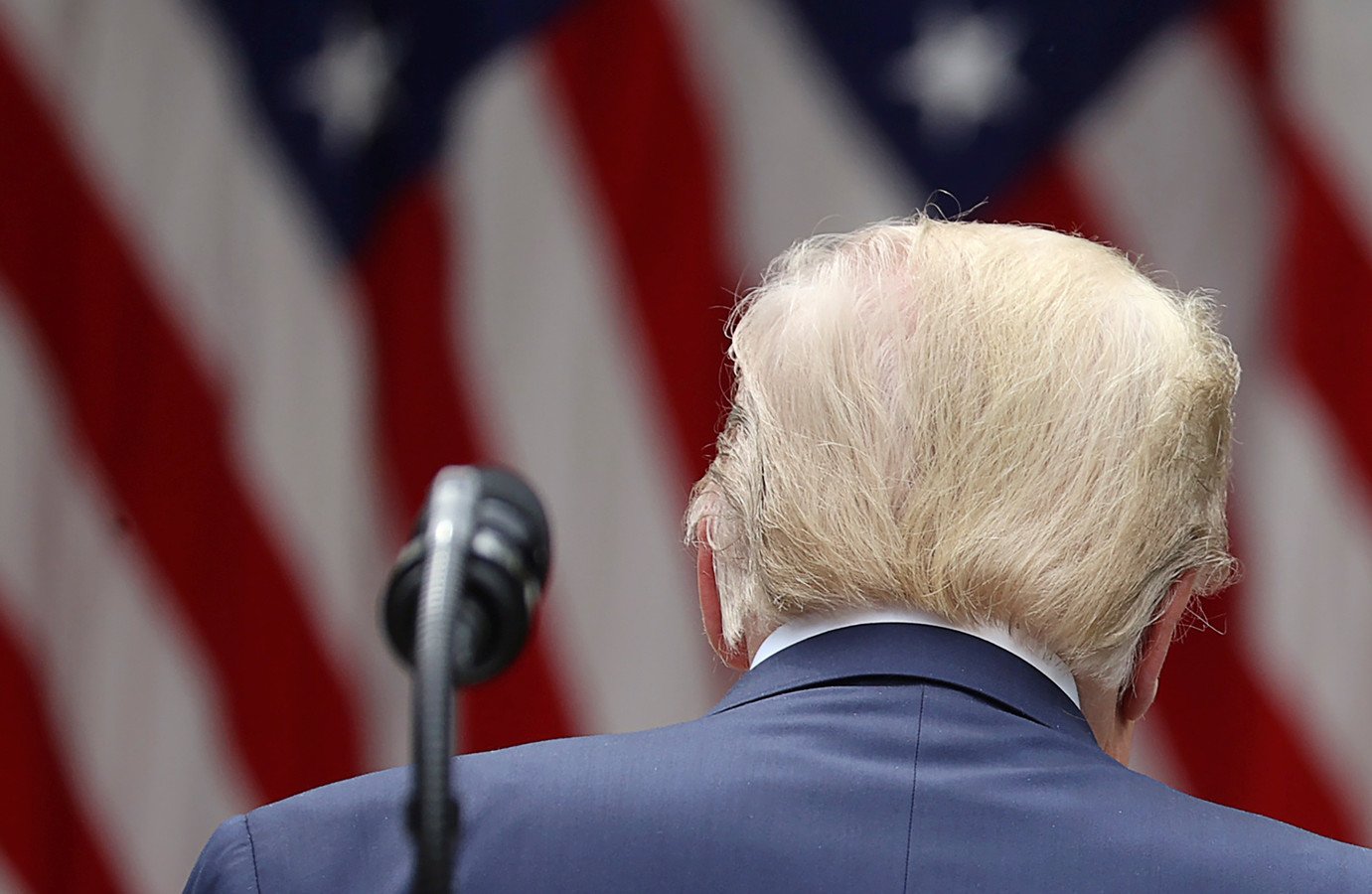 In a speech in the White House Rose Garden which was chiefly devoted to castigating China, and threatening new sanctions over its actions in Hong Kong, the president claimed that “China has total control over” the WHO.
“We have detailed the reforms that it must make and engage with them directly, but they have refused to act because they have failed to make the requested and greatly needed reforms,” Trump said.

“We will be today terminating our relationship with the World Health Organization and redirecting those funds to other worldwide and deserving urgent global public health needs.”

The US is the biggest funder of the global health body, paying about $450m in membership dues and voluntary contributions for specific programmes.

On May 19, Trump sent a four-page letter to the WHO director general Tedros Adhanom Ghebreyesus warning he would permanently cut US funding of the WHO and reconsider US membership if the organisation did “not commit to major substantive improvements within the next 30 days.”

He announced US withdrawal on Friday, only 10 days after the letter.

After that ultimatum was announced, a few US health officials urged the WHO to signal its willingness to change to the Trump administration in the hope it would change the president’s mind, but US sources said there was no concerted dialogue between the administration and the WHO over reform.

Earlier this month, the World Health Assembly (WHA) of member states agreed there should be a thorough review of the organisation’s response to the pandemic.

The US had lobbied to have Taiwan invited to the assembly as an observer, and had significant western support for the proposal. But European diplomats said the US was half-hearted in its campaign and lost the tussle with China.

“What’s interesting, looking at the last WHA meeting for me, was a very clear sign that American influence has diminished significantly,” said Abraham Denmark, a former deputy assistant secretary of defence for East Asia. “It was embarrassing that we weren’t able to wrangle international support for our policy goals in that meeting, and that China was able to really get what they needed out of that.”

The move appeared to confirm the suspicions of many in the WHO and in western capitals that Trump never intended to seek reforms or open a dialogue with the WHO, but left the body for political reasons. He has sought to blame it for the depth of the coronavirus pandemic in the US.

“It was never about reforming the WHO. That was all lies,” Democratic Senator Chris Murphy, said on Twitter. “It was always about distraction and scapegoating. Leaving castrates our ability to stop future pandemics and elevates China as the world’s go-to power on global health. What a nightmare.”

On a day in which several US cities were still reeling from a night of protests and looting which had erupted after the death of George Floyd, the president did not address the unrest – or the murder charge brought upon the white police officer who was filmed kneeling on Floyd’s neck.

Instead, Trump’s speech on Friday was mostly focused on China, reviving longstanding complaints about Beijing’s trade practices, blaming Beijing for the pandemic, and denouncing its imposition of a harsh Chinese security law on Hong Kong. He confirmed that the US would restrict entry to Chinese students, and cease to treat Hong Kong as autonomous, ending preferential trade relations.

He also said there would be sanctions against Chinese officials.

“The US will also take necessary steps to sanction PRC [People’s Republic of China] and Hong Kong officials directly or indirectly involved in eroding Hong Kong’s autonomy,” he said.

Leaving the WHO would mean abrogating a treaty, the latest in a series of international agreements Trump has pulled out of. The US is the only member state which can legally withdraw from the WHO, a privilege Washington insisted on before it ratified the WHO constitution.

Amanda Glassman, the executive-vice president of the Centre for Global Development, said that the US had extensive ties to the WHO, and would lose a lot of influence on global health research and policy-making.

“We have very deep and long relationships with the WHO as the space where we coordinate global health policy” Glassman said. “I think it’s totally inefficient to do it in a bilateral manner.”

Beth Cameron, a biologist and former senior official in the National Security Council said on Twitter: “There aren’t words for how much this decision will hurt the US, our global partners, and our ability to to impact the #COVID19 pandemic that is a threat to our national and global peace and security.”
#Donald Trump  #Coronavirus
Add Comment