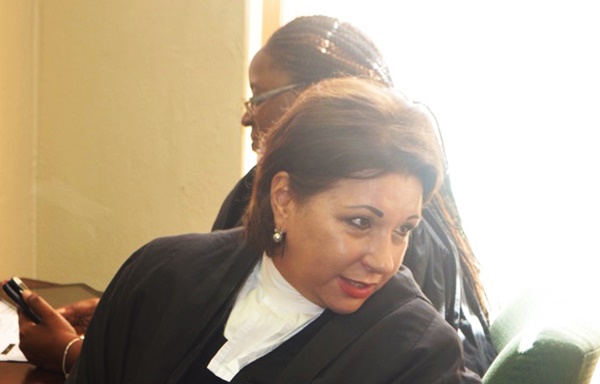 While noting that her contribution will be missed, Deputy Governor David Archer, Jr has said the departure of the Director of Public Prosecution (DPP) Kim Hollis will create an avenue for other legal minds in the territory to rise to challenge.

Hollis, who has been in that post since 2016, will be resigning from her position sometime in December for personal reasons.

In a statement issued by on Wednesday, Archer Jr said: “I am sad to share that Kim Hollis, a Queen’s Counsel has decided to leave the public service in December as a result of the need for her to take care of an ailing family member.”

“Ms Hollis’ wealth of experience will be missed. I wish to extend my personal thanks for the admirable work she has put in at a demanding post. As a territory, we’ve benefitted not just from Ms Hollis’ skills in the courtroom, but also from her leadership, as she has shared much with her team of prosecutors, the entities she advises within the Government, and with the greater legal fraternity in the territory,” he continued.

He said the outgoing prosecutorial boss has committed to offering any transitional support to the incoming DPP.

In the meantime, the Deputy Governor said there is a ‘bright side’ to her departure from the post.

“For those rising through the legal profession, there is something of a bright side to Ms Hollis’ departure. An opportunity now exists for the next DPP to rise to meet the challenge of this post,” he said.

“I call on others to consider employment with the Office of the DPP and in other roles needed to ensure optimum functioning of this critical office,” the deputy governor added.

Archer Jr further said that changes could be expected in the DPP via the Public Service Transformation Programme.

Hollis was called to the Bar of England and Wales in 1979 and has been in practice for 35 years. She has extensive experience in criminal courts in Wales, England and Bermuda.
Add Comment