Tesla CEO Elon Musk says the Biden administration appears to be "biased" against the electric vehicle maker, saying the current White House "seems to be controlled by unions."

Musk shared his views during an interview at the Code Conference in California on Tuesday, recalling how President Joe Biden famously left Tesla out of his electric vehicle summit. 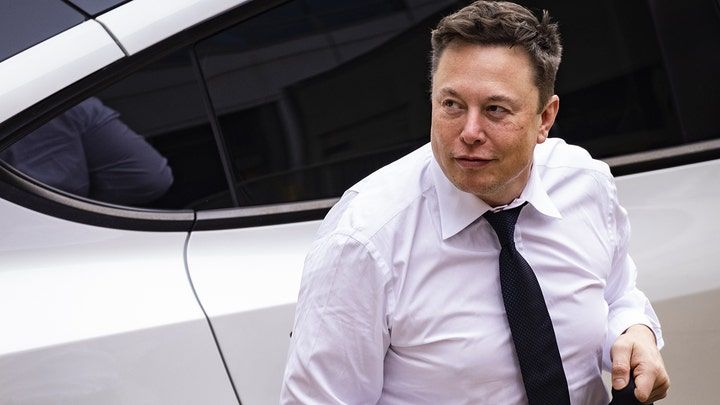 They "invited GM, Ford, Chrysler and [United Auto Workers]," the Tesla chief said, pointing out that the president "didn't mention Tesla once, and praised GM and Ford for leading the EV revolution."

"Does that sound maybe a little biased or something?" Musk said, as the audience laughed. "It's not the friendliest administration," the billionaire went on to say, adding that the Biden White House "seems to be controlled by the unions." 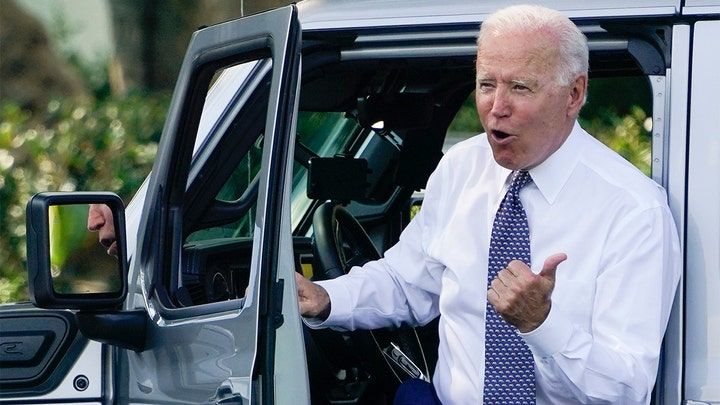 President Joe Biden talks after driving Jeep Wrangler 4xe Rubicon on the South Lawn of the White House in Washington, Thursday, Aug. 5, 2021, during an event on clean cars and trucks.

Given Tesla's status as the largest electric vehicle maker in the U.S., the Biden administration's snub of the company at its EV summit did not go unnoticed by the media.

White House press secretary Jen Psaki was asked why Tesla was left out of the event last month, and she suggested it was because the company was not unionized.

"Well, we, of course, welcome the efforts of all automakers who recognize the potential of an electric vehicle future and support efforts that will help reach the president's goal. And certainly, Tesla is one of those companies," Psaki said. "Today, it's the three largest employers of the United Auto Workers, and the UAW president who will stand with President Biden as he announces his ambitious new target, but I would not expect this is the last time we talk about clean cars, the move toward electric vehicles, and we look forward to having a range of partners in that effort."

When asked if Tesla was omitted from the event because it was not unionized, Psaki again noted that attendees included "the three largest employers of the United Auto Workers," adding, "I'll let you draw your own conclusions."