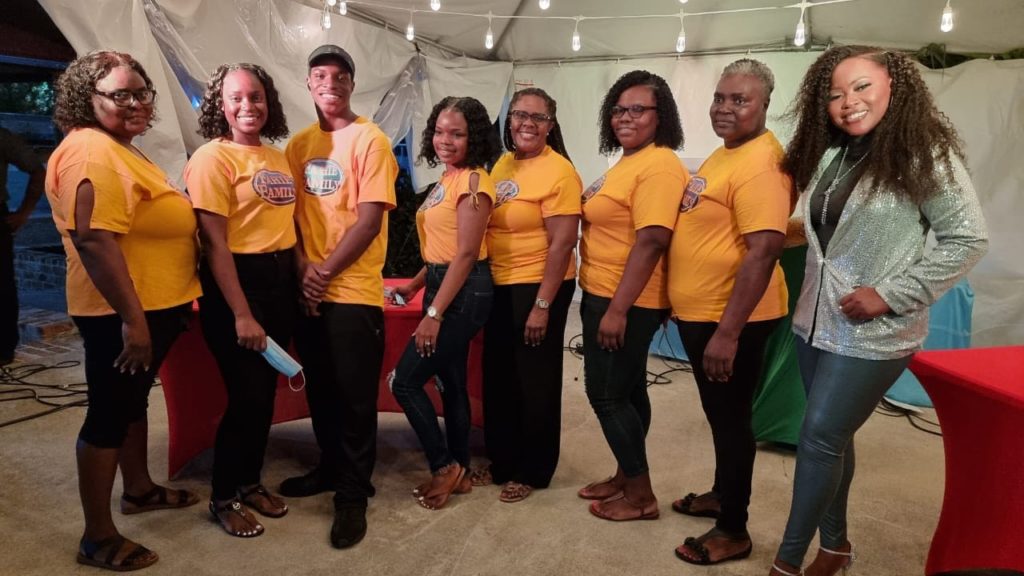 The Fahie Clan came out winners of the second staging of the Cyril B. Romney Tortola Pier Park Christmas Family Feud and walked away with $2,500 as the prize.

The Family Feud Competition, which replicates the popular daytime game show hosted by Steve Harvey that pits two families against each other as they try to guess the most popular response to a survey question, started off the delayed Three-Days of Christmas Celebration being hosted by the Pier Park’s management.

Four Virgin Islands Families competed for the grand prize as well as bragging rights. They were JFC Family (Johnson, Forbes and Cills), Dougan Family, VI Gems and the Fahie Clan.

The winner of the grand prize had to donate $1,000 of their winnings to one of four charity organizations in the Virgin Islands. They were Spina Bifida Awareness, Family Support Network, BVI Red Cross and BVI Cancer Society. The money was donated to the BVI Cancer Society.

The Three-Days of Christmas Celebration continues today with music from the Royal Gospel Band and Marcus Mark from Virgin Gorda.

There will also be a fashion show starting at 5pm.

The fashion show will partner with 13 tenants of the park as well as two outside businesses. The models will include former Miss BVI beauties such as Ayana Hull, Luce Hodge Smith and Bria Smith. The day will continue with the official lighting of the Christmas Tree.

The management of the TPP will also be having another competition —Clash of the Carolers. The Clash of the Carolers will feature Zion Hill Methodist Church, Band of Faith (the Scatliffe’s from Long Trench) and Foggy Mountain Boys. The prize will be $1,001 for the winner and $299 for the runner-up.

The parade will be led by the current Miss BVI, Kathlyn Archibald-Drew. There will also be gift-giving to children by the Rotary Club of Central Tortola.

The evening will culminate with ‘Meet Us at The Movies’ starting at 6 pm. The park will be showing three movies — A Muppets Christmas-Letters to Santa, Disney’s Noelle, and Four Christmases.