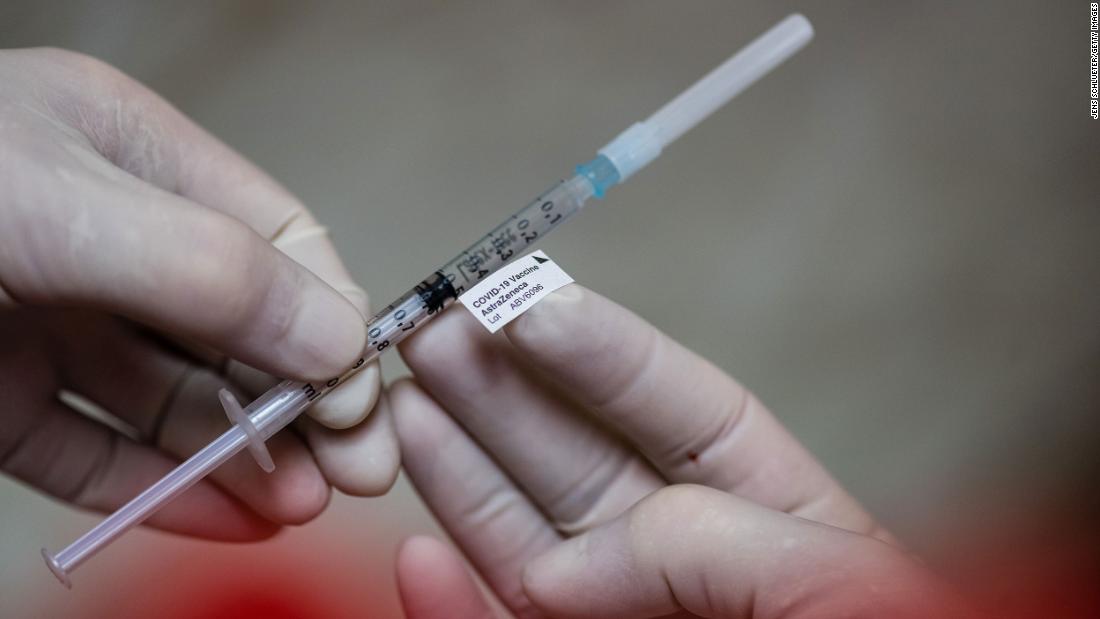 AstraZeneca is expected to apply in the next few weeks for emergency use authorization for its Covid-19 vaccine in the US, and if and when it does, advisers to the US Food and Drug Administration and the US Centers for Disease Control and Prevention will likely have questions.

In interviews with CNN, several vaccine advisers to the US government did not cast doubt as to whether AstraZeneca's vaccine would ultimately gain emergency use authorization from the FDA. They did, however, say the company's application will likely bring up issues that didn't arise when the three Covid-19 vaccines currently used in the United States -- made by Pfizer, Moderna and Johnson & Johnson -- were considered for their own emergency use authorizations.

"It's clear more questions have been raised about the AstraZeneca vaccine than about any of the other vaccines which are now authorized in the US," said Dr. Arnold Monto, acting chair of the FDA's Vaccines and Related Biological Products Advisory Committee, which reviews vaccine applications and advises the FDA on whether they should be authorized.

Those advisers -- who work at academic medical centers and not for the government -- said the reports of blood clots after vaccination, which caused more than a dozen western European countries to suspend use of the AstraZeneca vaccine, are not the only issue. Questions have been raised about other aspects of AstraZeneca's efficacy and safety data, too.

"It does feel different, and it felt different even before the whole blood clot kerfuffle," said Dr. William Schaffner, a liaison member of the CDC's Advisory Committee on Immunization Practices.

AstraZeneca expects to ask the FDA to authorize its Covid-19 vaccine for emergency use in March or early April, sources with knowledge of the company's ongoing clinical trial told Reuters last week.

Monto, Schaffner and other government advisers said they look forward to receiving the "dossier" of data about a vaccine's safety and efficacy that FDA publicly releases when a pharmaceutical company applies for emergency use authorization.

"I will bring an open mind to these deliberations," said Dr. Ofer Levy, a member of the FDA's vaccine advisory committee.

As more and more European countries have suspended their AstraZeneca vaccine rollout, the company, as well as international health agencies, have defended the vaccine.

"The safety of all is our first priority," according to an AstraZeneca statement sent to CNN Wednesday. "Around 17 million people in the EU and UK have now received our vaccine, and the number of cases of blood clots reported in this group is lower than the hundreds of cases that would be expected among the general population."

The World Health Organization, UK health authorities and the European Medicines Agency have all voiced support for the AstraZeneca vaccine, saying its benefits outweigh any risks.

Despite this support, several US government advisers said they worry that after months of hearing about questions related to AstraZeneca's vaccine, many Americans may perceive it as problematic and won't want to take it.

"It's hard to unring that bell," Dr. Paul Offit, a member of the FDA advisory committee said. "Once people are scared, it's hard to unscare them."

According to an EMA statement issued Thursday, "the [AstraZeneca] vaccine is not associated with an increase in the overall risk of blood clots."

The statement noted that around 20 million people in the UK and the European Union, as well as Iceland, Liechtenstein and Norway, have received AstraZeneca's vaccine as fo March 16, and there had been reports of some specific types of rare clotting problems linked to low blood platelets.

The number of reports of those rare clotting problems "exceeds those expected, and causality although not confirmed, cannot therefore be excluded," according to the statement, which noted that labeling on the vaccine will be updated to include more information about these events.

One type of clot is mesenteric venous thrombosis, which is a clot in one or more of the major veins that drain blood from the intestines. Another is cerebral venous sinus thrombosis, where a clot forms in the brain's drainage system. A third is disseminated intravascular coagulation, which is blood clots in multiple blood vessels.

The EMA said that as of March 16, it had reviewed seven cases of disseminated intravascular coagulation and 18 cases of cerebral venous sinus thrombosis.

'One glitch after another'

AstraZeneca's vaccine, which was developed in partnership with the University of Oxford, started out with a reputation for being one of the world's most promising Covid-19 vaccines.

Last spring and summer, Oxford researchers talked it up as the front runner, although they would later sometimes backtrack and warn against over-promising.

But fast forward a year, and it's AstraZeneca that has faced challenges. Twice it put its clinical trials on hold when participants who received the vaccine became ill -- both times it was restarted when it was determined the illnesses were not related to the vaccine.

Then in November, questions arose about the company's efficacy data, and it was revealed that a mistake was made in the trial and some participants received the wrong dose. Oxford told CNN at the time that a "difference in the manufacturing process" had led to the error.

"I've done lots of clinical trials with vaccines over the past couple of decades and that's never happened," said Meissner, a member of the FDA's vaccine advisory committee. "I've read in their Lancet paper how they explained it, but it was a little bit torturous."

Menelas Pangalos, executive vice-president for biopharmaceuticals R&D at AstraZeneca, told the Wall Street Journal in November that "the mistake was actually irrelevant" and that the vaccine "meets the threshold for approval with a vaccine that's over 60% effective."

Currently, more than a dozen European countries have suspended use of the vaccine over concerns about blood clots.

"It's so ironic - last summer there were these usually rather reticent British dons beating their own drums - 'We're going to be first, we're going to be the best' - and this is the vaccine that's had one glitch after another," Schaffner said.

An AstraZeneca spokesperson pointed CNN to the Lancet study published in January that found the vaccine had "an acceptable safety profile and has been found to be efficacious against symptomatic COVID-19."

An AstraZeneca news release on Sunday said that out of 17 million people who received their vaccine in the European Union and the UK, there were 15 events of deep vein thrombosis and 22 events of pulmonary embolism, based on information the company had received as of March 8.

"This is much lower than would be expected to occur naturally in a general population of this size," according to the company's statement, which added that there was "no evidence of an increased risk of pulmonary embolism, deep vein thrombosis (DVT) or thrombocytopenia, in any defined age group, gender, batch or in any particular country."

The news release did not mention the rare types of clotting events discussed by the European regulators Thursday.

AstraZeneca already has agreements with the US government to deliver 300 million doses, according to prepared remarks delivered to Congress by the company last month.

While the government advisers said more vaccine is better, they say it's unclear what role AstraZeneca's doses would play if its vaccine is authorized.

There will be more than enough vaccine from Pfizer, Moderna and Johnson & Johnson to vaccinate every American adult by the end of May, White House Covid coordinator Jeff Zients said earlier this month.

The government advisers CNN spoke to said if the AstraZeneca vaccine is distributed in the US, they worry Americans may perceive it as being inferior to the three that are already being distributed.

"I'm really concerned there are going to be a lot of people who are going to say 'thanks very much but no' to AstraZeneca because of all this publicity," said Schaffner, the CDC adviser.

He said if there's not enough demand for it, the US could donate some of its AstraZeneca supply to developing countries, where it would be particularly useful because it's easier to transport and store than Pfizer or Moderna's vaccines.

The Biden administration has already announced plans to send a few million doses of AstraZeneca to other countries.

"I can confirm that we have 7 million releasable doses available of AstraZeneca," White House press secretary Jen Psaki said at Thursday's White House press briefing. "2.5 million of those, we are working to finalize plans to lend those to Mexico and 1.5 million to Canada."

"We could be Solomon-like and cut the baby in half and say we've contracted to buy these doses, and we'll use a third of them and give the rest away to developing countries and do a little bit of vaccine diplomacy," Schaffner said. "That's a possibility."