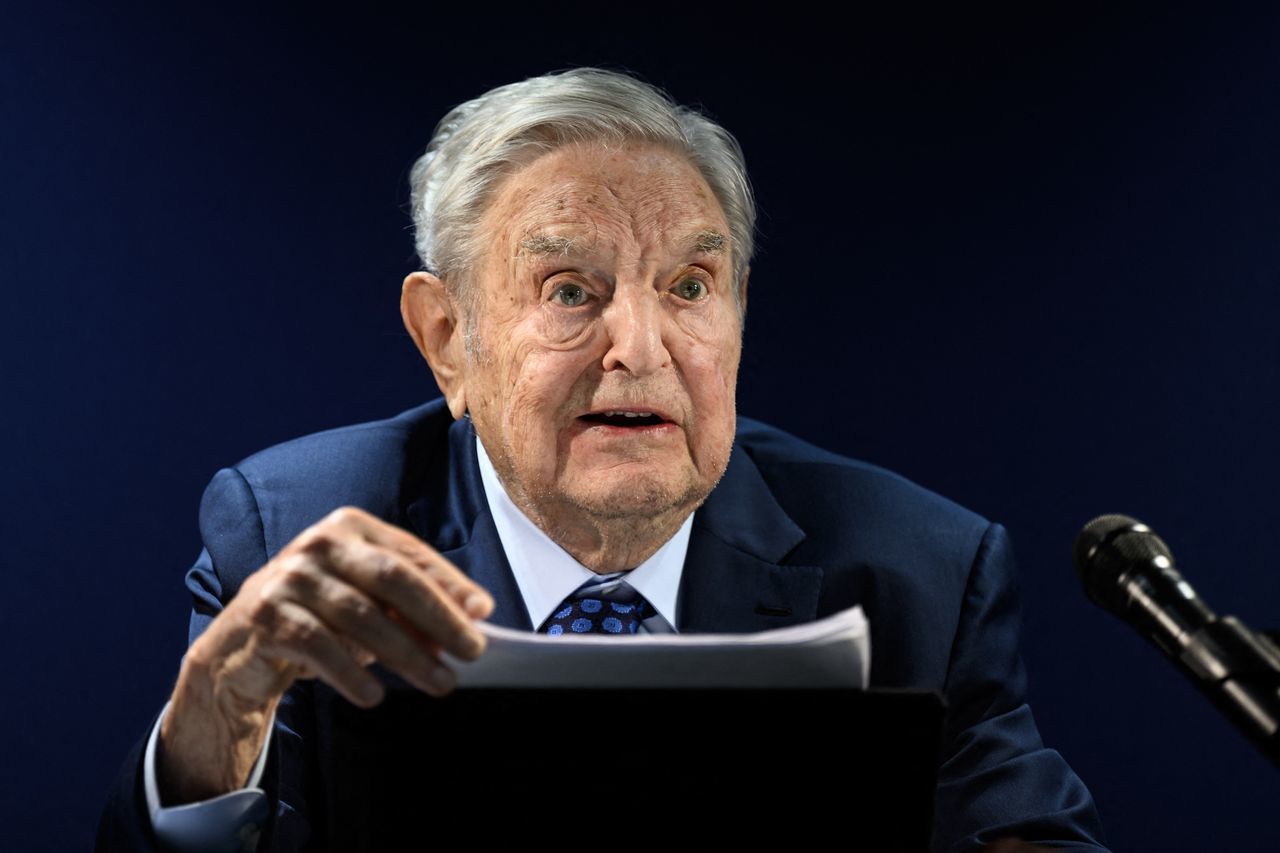 George Soros reveals plan to save US democracy

Listen to the article
0:00
0:00
The US Supreme Court and Donald Trump’s Republican Party represent a greater threat to the US than Russia and China and must be defeated by any means necessary, Democrat mega-donor George Soros said in an op-ed published on the Fourth of July.
Soros, 91, has previously called for regime change in China and a quick victory over Russia. In his latest syndicated opinion piece, he called them “repressive regimes” that “want to impose an autocratic form of government on the world.” However, he argued, a far greater threat to the US comes from the “domestic enemies of democracy,” which include “the current Supreme Court, which is dominated by far-right extremists, and Donald Trump’s Republican Party,” which put them there.

Echoing President Joe Biden, Soros denounced the court for last month’s Dobbs ruling, which overturned the 1973 Roe v. Wade precedent on abortion. He said the logic of the ruling endangers other rights recognized under the Fourteenth Amendment, “among them the right to contraception, same-sex marriage, and LGBTQ rights,” but possibly even inter-racial marriage.

“It is also clear that this Court intends to mount a frontal attack on the executive branch,” Soros argued, pointing to rulings regarding the authority of the Environmental Protection Agency, gun ownership, and redistricting. The common denominator in the court’s recent verdicts is to “support causes promoted by Trump’s Republican Party and weaken or outlaw causes favored by the Democratic Party,” he insisted.

The Dobbs ruling is “part of a carefully laid plan to turn the US into a repressive regime,” Soros wrote, and the only way to stop them is to “throw the Republican Party out of office in a landslide,” Soros argued. Democrats currently control the White House and both chambers of Congress.

Republicans “attack our system of democracy from every angle,” Soros wrote, accusing the party of having “stacked” both the Supreme Court and many lower courts with “extremist judges” and passing laws that “make voting very difficult” and “make subversion of the electoral system easier” at the state level.

The “survival of democracy in the US is gravely endangered,” Soros concluded, adding that “we must do everything we can to prevent that,” including reaching out to some Republicans that voted for Trump but reject his “big lie” about there being irregularities in the 2020 election. This, he argued, is about “reestablishing a functioning two-party political system which is at the core of American democracy.”

The Aussie 211 days ago
So democracy means my party and only mine for that Reset stooge.
Sad state of mind, who will then cry about polarisation of the US society.
Seen from the outside, Trump is a moderate and angel of democracy compared to this guy.
As Americans say, God save the US..any help is needed ..

Anna 211 days ago
When is this commie kunt going to meet his maker, maybe his son will go with him.
View all comments (2)Add comment