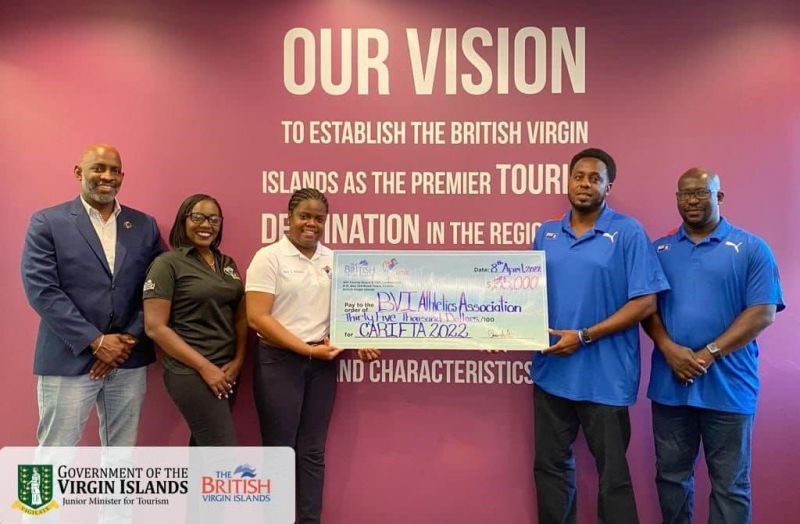 The Government of the Virgin Islands (VI) along with the BVI Tourist Board has collaborated to make a $35K donation to the team heading to the 49th CARIFTA Games to be held in Jamaica from 15-19 April, 2022.

The handing over of the cheque was made on Friday, April 8, 2022, by Junior Minister for Tourism, Hon Sharie B. de Castro (AL) who called it an honour on behalf of the Government, to be able to support the team representing the territory.

Hon de Castro added that the ceremonial cheque was followed immediately with the actual cheque to ensure that the athletes and coaches will have support to propel them to CARIFTA medals.

Chair of the Board of Governors, Mrs. Kenisha A. Sprauve, and Director of Tourism, Mr. Clive McCoy were also on the scene to assist with the presentation to Mr. Steve Augustine, President of the BVI Athletics Association (BVIAA), and Coach Ralston Henry.

Hon de Castro added, “The only investments that will yield great returns are the investments we make in our youth!”

“As a government that is a statement we stand behind. I’ve always believed that BVILove begins at home and as far as our love for the athletes, sports tourism, and the advancement of athletics within the territory, this is just the beginning.”

She further wished the athletes and their families the best of luck in bringing home medals, “may they run swifter, jump higher, throw further and be stronger than they’ve ever been. We are all fans of you, TEAM BVI!”

See below the full team attending the events: 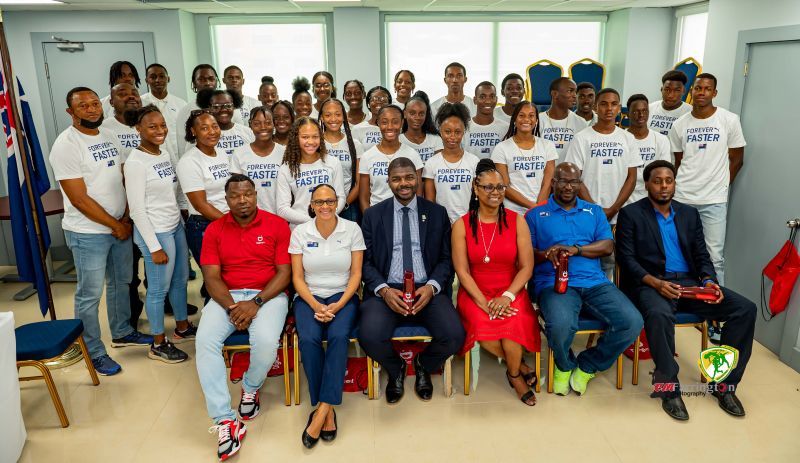 Some of the team heading to the 2022 CARIFTA Games along with officials alongside Deputy Premier and Minister of Minister For Education, Culture, Youth Affairs, Fisheries And Agriculture, Dr the Hon Natalio D. Wheatley. 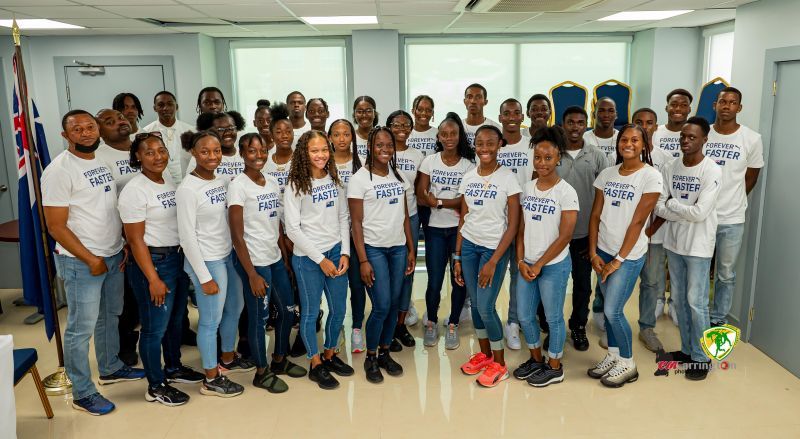 Athletes and some Officials heading to Jamaica for the 49th CARIFTA Games.