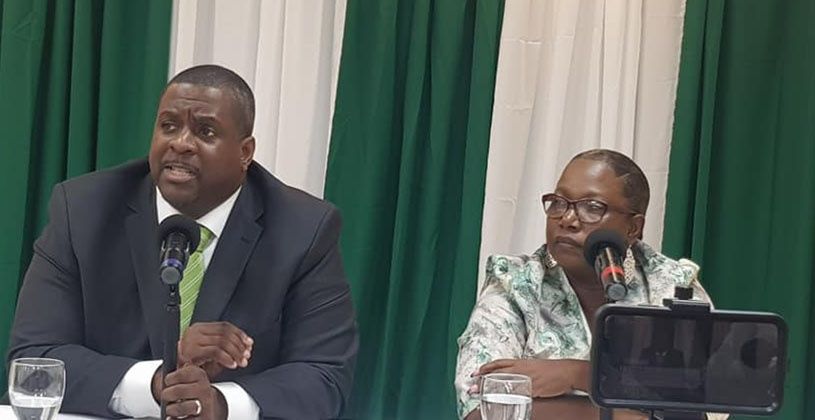 Sixth District Representative, Hon. Alvera Maduro-Caines has been appointed to perform the functions of Minister of Education, Culture, Youth Affairs, Fisheries and Agriculture.
The instrument of appointment was issued by Governor John Rankin on February 25, 2022, acting upon the advise of Premier and Minister of Finance, Hon. Andrew Fahie. Hon. Maduro-Caines, a backbencher who left the National Democratic Party (NDP) and crossed the floor to the Virgin Islands Party (VIP) Government side following the 2019 general elections, will serve as Minister for the period February, 27, 2022 to March 4, 2022.

Under section 52 (2) of the Virgin Islands Constitution Order, 2007 the Governor acting in accordance with the advice of the Premier shall, by instrument under the Public Seal, appoint Ministers from among the elected members of the House of Assembly.
#the Virgin Islands  #John Rankin  #Fahie
Add Comment