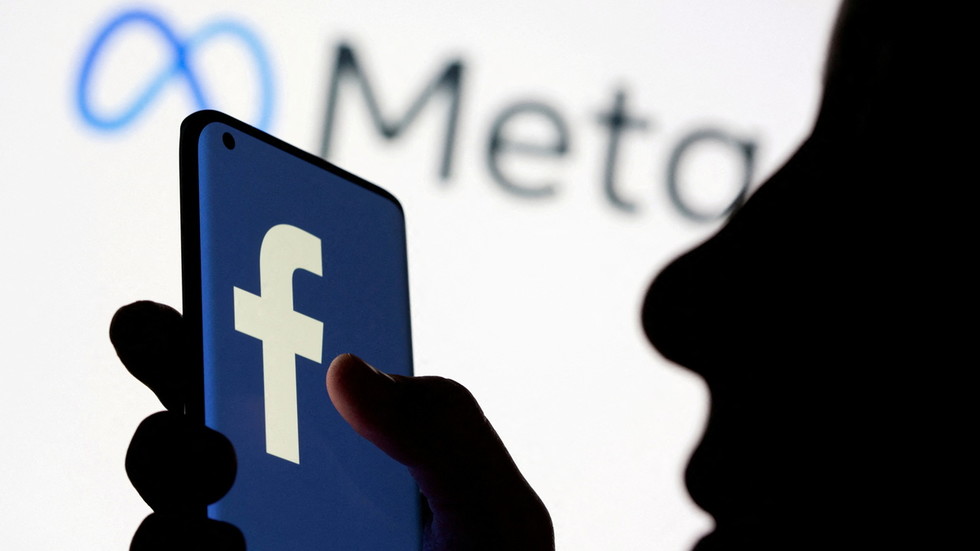 Facebook likes to present its fact-checkers as impartial arbiters of squeaky-clean truth. The reality, however, shows they are no more bound by the constraints of certainty and infallibility than the users they monitor.

Mark Zuckerberg, the founder, chairman and CEO of Meta, which he originally founded as Facebook, adores facts. He adores facts so much that he has employed a veritable army of workers who pour over millions of posts in a moral battle against those who would defile facts. Yet as more people are discovering, not all facts are created equal in the fever swamp known as social media, where Meta is a major monster to contend with.

Just ask veteran journalist John Stossel, whose lawsuit against the platform for defamation has revealed some inconvenient truths that Facebook would rather fact-checkers ignore.

On his now-extinct Facebook page, Stossel posted a short video that made mincemeat of the left’s sacred cow known as ‘Climate Change,’ claiming that California’s outbreak of wildfires was more symptomatic of poor forest management than a melting planet. One can almost hear Greta Thunberg, the teen climate activist shriek, “How dare you!”

What happened next is an all-too familiar scenario for millions of Meta’s social network users, and arguably more so for those whose political views are more in line with Fox News, for example, than CNN and MSNBC. The message came attached with a warning, courtesy of the fact-checking group Science Feedback, which stated: “Missing Context. Independent fact-checkers say this information could mislead people.”

Not only do such annoying tags cause the author to lose credibility in the eyes of the audience (and sometimes deservedly so, by the way), but the post will be effectively consigned to the memory hole. In Stossel’s case, the Lords of Factoids committed a cardinal sin, accusing him of uttering something he never did. So instead of bowing to the findings of the pedantic fact-checkers, those Keebler-esque elves who carry out their backroom duties with more secrecy than a papal conclave, Stossel filed charges against Facebook for defamation. What resulted was a modern-day version of David versus Goliath, where the Big Tech’s legal team was forced to concede to something so damning that it should put the practice of fact-checking to bed once and for all. Plot spoiler: It won’t.

In explaining its actions against Stossel, lawyers for Meta stated – I’m guessing in very hushed tones – that the warning labels affixed by Facebook “are neither false nor defamatory; to the contrary, they constitute protected opinion.” Yes, you read that right. Facebook is legally entitled to its opinion when judging the opinion of its customers! In other words, these so-called fact-checkers are merely referring to their own political predilections i.e. opinions when casting judgment upon the opinions of Facebook users. So it’s probably fair to say that the image of Facebook fact-checkers all hunched over and squinting at digital Almanacs and Britannica encyclopedias all day in Zuckerberg’s sweatshops is an illusory one.

Nevertheless, in defense of such a convoluted argument, the lawyers, with no loss of irony, point to Section 230 of the US Communications Act, which provides immunity for social media platforms with respect to third-party content.

Yet Section 230 specifically works to nullify the platform’s need for fact-checkers in the first place because – unlike publishers that are liable for the content that appears on their websites – Facebook was meant to be a clean slate, the tabula rasa, as it were, where users are free to publish whatever they want so long as it does not qualify as hate speech, or language that may result in bodily harm. But as Virginia Slims once remarked, “You’ve come a long way, baby.”

Today, as more than one Congressional hearing could attest to, Facebook and other social media platforms have taken it upon themselves to weed out their backyards, so to speak, of the ‘undesirables.’ People like Michael Shellenberger, the author of ‘Apocalypse Never,’ which provides a convincing argument that “Humans are not causing a ‘sixth mass extinction.’” Whether one believes such an argument to be true or not is a moot point; the fact is, it is a claim embraced by a large contingency of academics, and as such should be made readily available to the public. Yet Facebook and its merry band of fact-destroyers, armed, apparently, with nothing more than their “opinions,” moved to censor Shellenberger for the crime of wrong thought.

But nowhere was Facebook’s arrogance and universal power more revealing than when it moved to block then-president Donald Trump after the protests that erupted at the Capitol building on January 6.

“We believe the risks of allowing the president to continue to use our service during this period are simply too great,” Mark Zuckerberg, Supreme King of Fact Kingdom, pronounced on his page, to the sound of trumpet blasts. “Therefore, we are extending the block … for at least the next two weeks until the peaceful transition of power is complete.”

In a day and age when leaders have come to rely on social media to interact with their constituents, the decision to block the president of the United States at this critical juncture in American history was every bit as dangerous as it was unprecedented. Let’s face it: all things considered, the American voters have a better chance of buying ice cream in hell than witnessing any Big Tech company banning President Joe Biden, even slapping him with a warning, and irrespective of “the risks of allowing the president to continue to use our service.”

It all really starts to come together, or fall apart, depending on how you look at it, when it is realized that the Facebook fact-checkers fall under the umbrella of the Poynter Institute, which has a long history of supporting and identifying with left-wing causes, not least of all taking sides against former Republican president Donald Trump. It also was responsible for creating a “blacklist” of 515 “unreliable news websites,” which was top-heavy with prominent conservative publications, like the Washington Examiner, the Daily Caller, PJ Media, and The Blaze, among others. Only after receiving heated backlash did Poynter make the decision to scrap the list.

With these sorts of very predictable Facebook ‘friends,’ it’s no wonder that so many users have been ‘disappeared’ from the site, down the Orwellian memory hole and into oblivion. Opinion should never substitute for fact, yet that appears to be the sole basis for censoring millions of Meta users today. Facebook should let users use their own better judgment to determine what is “misleading” and what is not. That is certainly the less risky alternative than having its customers come to the conclusion that their own personal opinions are not as valuable as those of the Facebook ‘fact’ checkers.