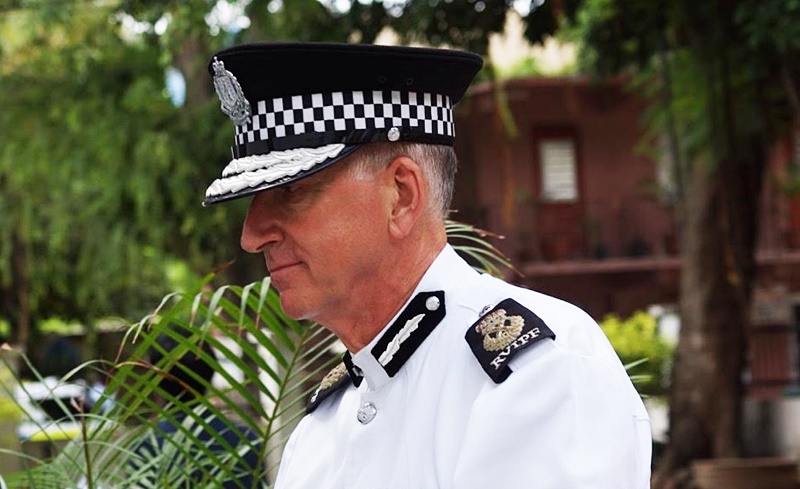 While admitting that there has been a slight increase in crime since COVID-19 hit the BVI, Police Commissioner Michael Matthews has assured the public that crime isn’t spiralling because of the economic hardships brought on by the health pandemic.

Speaking in an interview with 284 Media on October 19, Commissioner Matthews said up to the end of August, the BVI recorded about 16 criminal offences.

He said this is a very small rise in crime since the onset of COVID-19.

But he said because of a series of robberies and some unusual crimes like the recent ‘tie-up robberies’ on Virgin Gorda, many persons have asked him whether the criminals committed these offences because of the economic difficulties the COVID-19 virus has caused.

“Of course that’s a difficult one for me to answer. I guess when we catch people we will ask them their reasons and they’ll have to give their responses to the court. What I can say is that crime isn’t spiralling as a result of COVID-19 at the moment,” the Commissioner expressed.

He continued: “We were bracing ourselves for the impact of it as we saw the tighter restrictions … now what we have seen is some isolated cases. We’ve seen a series of break-ins in Virgin Gorda quite recently, we’ve also had the quite distasteful emergence of tie-up robberies where offenders enter the home of somebody, tie them up and literally steal from them. That hasn’t been seen in the territory for a long while and then we had two cases in a very short space of time.” Commissioner Matthews explained.

He explained that law enforcers have been recording the breaches of curfews separately from other criminal offences as grouping these statistics would give the BVI a much higher crime rate.

“We’ve been calculating the breaches of curfew separately to the rest of our offences. There was a danger that we could come out of COVID and be marketing ourselves to the world as having a high crime rate simply because we are obliged to record every breach of curfew and that would add to the figures,” Matthews said.

He also reported that over the last five years, the BVI has seen an overall decrease in crime.

Security has been a major challenge in the BVI since the first COVID-19 case was identified in the territory. In addition to maintaining peace within the community, law enforcers have been fighting to secure the borders to prevent illegal entry and the importation of new COVID-19 cases.

In addition to increased resources to fight crime and protect the borders, Governor Augustus Jaspert has invited British naval vessel HMS Medway back to the BVI to offer additional support with surveillance and act as a deterrent.

The vessel is set to arrive at the end of this month.