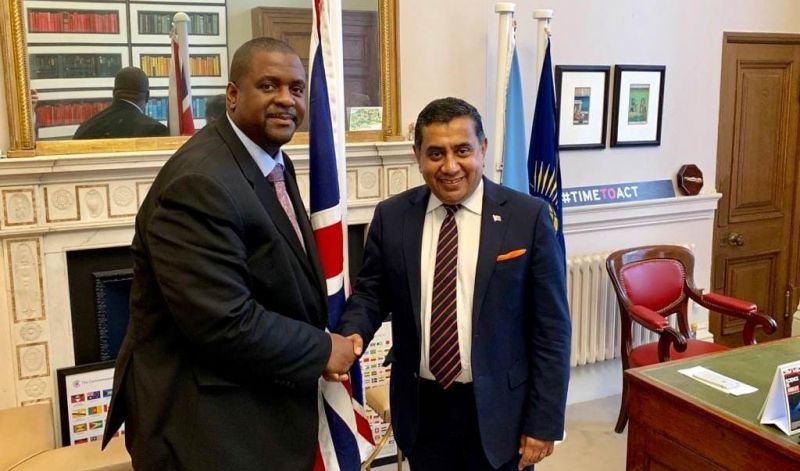 Opposition Member and Second District Representative, Hon Melvin M. Turnbull aka 'Mitch', in accusing the current and former administrations of acting in contravention to the law regarding the functions of the Recovery and Development Agency (RDA), has urged the Hon Andrew A. Fahie (R1) led Government to focus on the development of the territory instead of the politics surrounding the stipulations of the United Kingdom (UK) Loan Guarantee.

"My position now is, let us now focus on how can we start to develop this country," Hon Turnbull said at a September 12, 2019, meeting in the East End/Long Look community.

RDA is a reality - Hon Turnbull

"I want us to be aware... this law that has passed is now the law of the land, this government... as well as the former administration has been acting in contravention to the law in terms of what the agency is supposed to be doing," he said with regards to the Recovery and Development Agency and its functions laid out in legislation.

Hon Turnbull, a former member of the National Democratic Party (NDP) before shifting chairs to be a part of the Ronnie W. Skelton-led Progressives Virgin Islands Movement (PVIM), charged that "all funds... that are gifted or granted to us, is supposed to be put in the funds managed by the Recovery and Development Agency."

He said, however, that has not been the case, but noted that the RDA should be doing what the government requires, instead of the administration taking funds from other areas to do developmental works.

Echoing similar calls from other Opposition Members, he said the territory should make a decision soonest to get along with the recovery amidst concerns about both the RDA and the stipulations of the UK Loan Guarantee.

"Where we are now, it has nothing to do with whether we vote yes or no. Where we are now is a reality that two years hence have passed, the RDA is in fact at our heels," he said noting that the September 30, 2019, deadline looms to make a decision on if to take the UK loan proposal or not, even as the government and many are against certain aspects of the RDA.

"Let us get all the information on the table, let us come together and forget our preferences, our likes and dislikes and focus on the principal issue which is to serve the people of this territory and get us back to a place where we can start looking forward and rebuilding," he said.

Virgin Islands News Online (VINO) reached out to Premier Fahie for an update on the status of the UK loan guarantee negotiations; however, no response was received up to publication time.