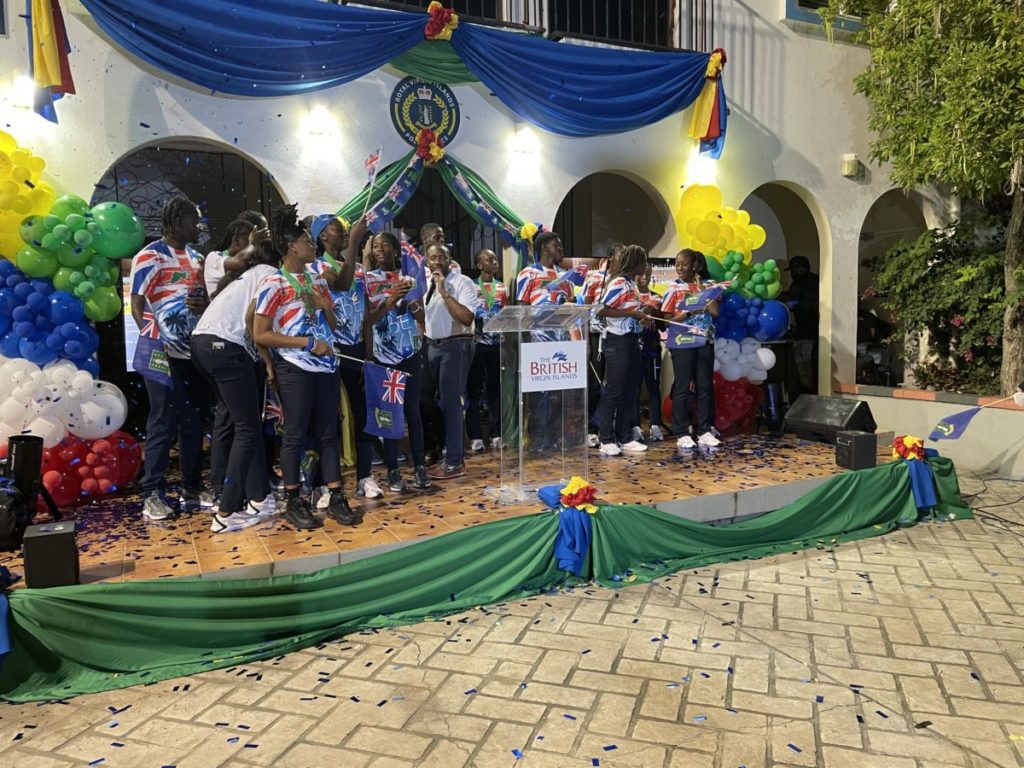 The air at the Sir Olva Georges Plaza was pierced with vuvuzelas and screams of excitement as some of the 32-member Virgin Islands CARIFTA Games delegation returned home last night.

The delegation was met by Governor John Rankin, Premier Andrew Fahie, other members of the House of Assembly, family and other well-wishers for a brief celebration of their accomplishment at the 49th staging of the Games held in Jamaica.

The BVI finished third on the medal table with four gold medals, two silvers and one bronze. Only Jamaica finished with more gold medals than the Virgin Islands.

President of the BVI Athletics Association (BVIAA) Steve Augustine said the accomplishments of the athletes are all something that people can rally around and celebrate.

“It is definitely something we can work on, and we are glad we are starting to see the fruits of all the hard work that the kids put in. When I say the hard work, I also must make mention of the coaches that we have. They have worked hard with the kids and their training regimen is starting to showcase in the fruits that the children are reaping on the track,” Augustine said.

The BVIAA President said everything was a combined effort along with the coaches, parents, supporters, the local government and other stakeholders. With the CARIFTA Games now behind them, Augustine said he is looking forward to the IAAF World Junior Championships in Columbia later this year.

“We have a handful of athletes that were at the CARIFTA Games which will be at the World U-20s which is a big highlight that will be coming up later on in the year and the storybook is yet to be written.

These kids are full of potential, and anything is indeed possible,” Augustine said.

While the celebrations were ongoing, BVI News managed to speak to a few of the athletes who medalled at the Games. Double silver-medallist A’Keela McMaster said although she was tired, she felt great that she was able to return with two medals from what she described as a challenging three days of competition.

“I put all my work into it, and I was training for over a year in the heptathlon, and I really wanted to medal, which I did. Certain events were hectic, I had my bad times and my good times. I still managed to push through and did my best in all my events,” McMaster said.

After completing seven events in a two-day period, McMaster returned to run a leg on the silver medal-winning Under-20 Girls 4×400 metres relay team. She said she was still tired from the heptathlon, but she was determined to return for the relay and give her best performance for the team. 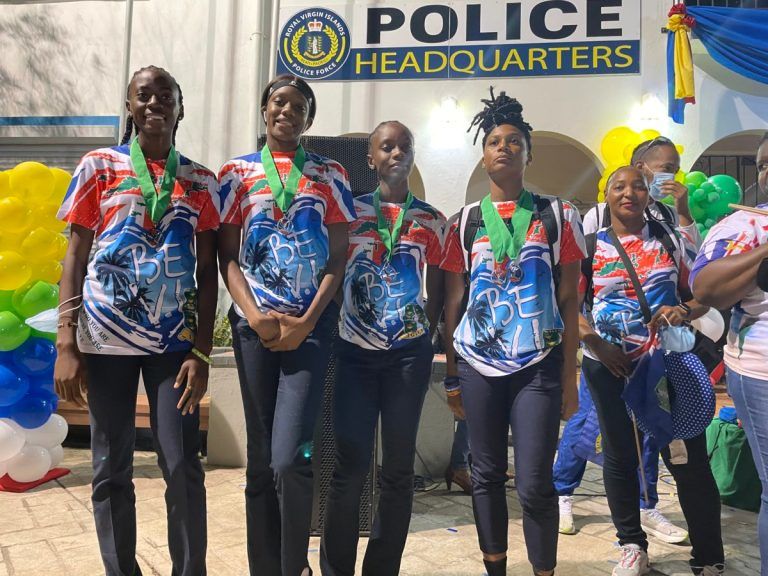 The U-17 Girls High Jump bronze medallist Jah’Kyla Morton said she did not expect to win a medal, but she will build on this performance going forward.

“My goal in the CARIFTA Games for the High Jump was to place in the top five and I didn’t expect to come third because it had a lot of good competitors. I competed in both High Jump and Long Jump. In the Long Jump, it was very competitive, so I wanted to make it to the finals and place in the top four, but I came sixth overall. Going forward, I will be working harder to win a gold medal in the high jump and possibly a medal in the Long Jump,” Morton said.

Speaking above the piercing screams of the supporters, female team captain and U-20 Girls 4×400 metres relay silver medallist Akrissa Eristee said it was an amazing feeling getting a medal at CARIFTA in her final year.

Eristee said it was important throughout the two days to keep the morale high.

“I just had to motivate them, I was the captain, and it was my duty. Some of them it would have been their first CARIFTA Games,” Eristee said.

“Next for me is World Juniors and my expectations are getting more personal bests and medalling and then going off to university this year and continuing track as a career,” the team captain added.

There is expected to be a bigger celebration and motorcade for the athletes on May 19 after they have completed their relevant exams.