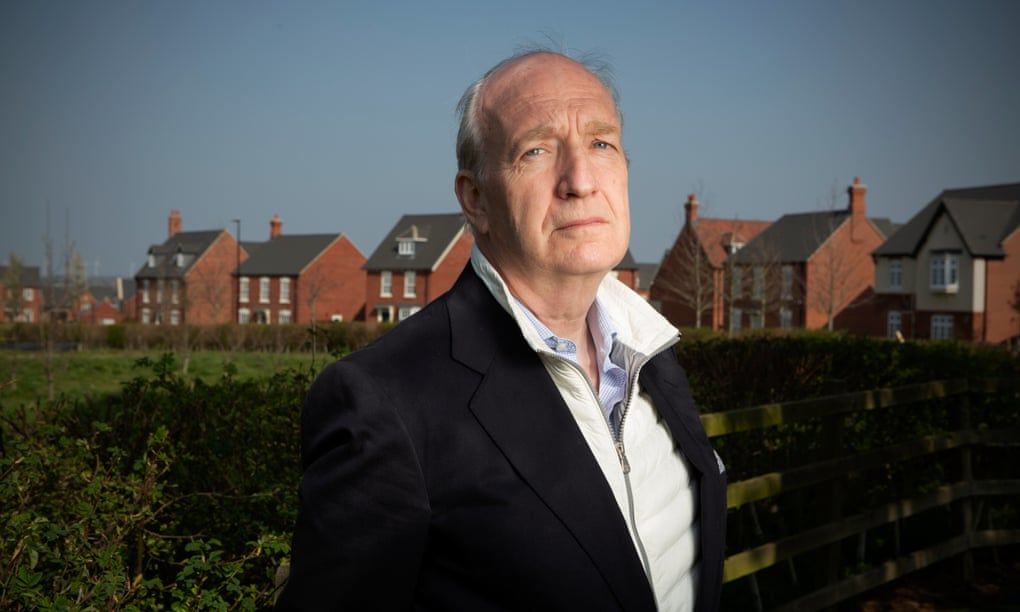 Nigel Hugill: the man building houses for the work-from-home revolution

The head of Urban&Civic transformed east London for the Olympics. Now he is aiming to create homes in huge numbers beyond the capital

‘Everything in front of you didn’t exist 18 months ago.” Nigel Hugill is standing in front of a playground, gesturing past the swings and climbing frame to the park and homes behind.

It’s a sunny spring day in Houlton, just outside Rugby in Warwickshire, and residents of a large new housing development are making the most of the weather, taking their children to the playground and eating lunch at the cafe.

About 1,000 homes have already been built on the 1,200-acre site, as well as a primary and secondary school, with a further 5,000 houses to be added by the time the development is completed, in 15 years’ time.

Urban&Civic – the company Hugill co-founded with Robin Butler in 2009 and which he leads – is the “master developer” of this project and 13 others across England. That means it takes responsibility for the site from conception and planning to construction by housebuilders and completion.

Hugill set up Urban&Civic with the “objective of building outside the M25, but within 100 miles of London” in areas with the biggest population growth, and therefore greatest housing demand. The company sees these large developments as key to solving the housing crisis, at a time when the government is pushing its levelling-up agenda.

Family Married with four children; Hugill and his wife met as teenagers.

Pay £1.3m in pay and bonuses in 2020-21, the final year before Urban&Civic was bought by the Wellcome Trust; he says his pay remains at a similar level.

Last holiday Two recent ski trips to Val d’Isère, where he has a property.

Best advice he has been given? “A great quote from Merchant of Venice, which is ‘With mirth and laughter let old wrinkles come’.”

Words he overuses “Interesting, and structural.”

How he relaxes “My wife would say ‘He never relaxes.’” However, he adds: “I fantasise over the redesign of properly modern hospitals.”

Urban&Civic buys only brownfield sites in key commuter locations – such as Houlton, once home to the Rugby Radio Station, where the first transatlantic telephone service began almost 100 years ago. Others include a former RAF base at Alconbury in Cambridgeshire,, – the company’s first scheme, begun in the depths of recession – as well as sites in Leicestershire and Nottinghamshire.

The centrepiece of the Houlton development is the secondary school, attended by 180 year 7 pupils since it opened in September 2021. It was built around the radio station’s Grade II-listed buildings, including the transmission hall and the power room. The 64-year-old Hugill’s enthusiasm for the project is clear as he bounds up the stairs of the main building, declaring this, the third secondary school he has built, the best so far. “Just look at them: they’re feeling right at home here. I love seeing it,” says Hugill, catching sight of some pupils.

Hugill is no stranger to superlatives: he reels off a dizzying array of fact and figures about Houlton – a joint venture with Aviva Investors – and Urban&Civic’s other projects.

One colleague, who has worked with Hugill for 15 years, describes him as someone who “cares about the details”, and has an ability to “think five to six steps beyond what others are obsessing about”.

Though he grew up in the north-east, and secondary school in Barnard Castle – which he jokes has now been made famous by Dominic Cummings – Hugill’s work wasn’t always focused on England’s regions. He left home to study at Oxford University – the first pupil from his school to go there – before heading to London for a master’s degree and then a first career in banking.

He entered property after joining the small developer Chelsfield, becoming its boss and then, when it floated, chief executive of a listed company at 35. During this time, along with a stint at Australian-owned property firm Lendlease, Hugill began to shape the capital – the city he has now called home for more than four decades, although his County Durham roots are still audible in his vowels.

The two London shopping centres owned by Australian company Westfield in the east and west of the city, as well as the transformation of the unloved former industrial area around Stratford into the athletes’ village for the 2012 Olympics, were among the large regenerations projects Hugill and Urban&Civic’s co-founder Butler worked on. This track record was probably partly why Urban&Civic was acquired by medical research charity the Wellcome Trust in 2021 as part of its investment portfolio, which Hugill says will help the business grow while giving it “further political credibility”.

These developments in the life of the company come at a time when planning rules have again returned to the headlines, as last week’s Queen’s speech proposed allowing more local input into planning.

Since his time advising Sir Bob Kerslake at the Homes and Communities Agency, England’s former housing and regeneration body, Hugill has been convinced that “the contribution of large new settlements or urban extensions, or local authorities electing to put a lot of new houses in one place” is essential to cope with population growth in south-east England. He believes so-called “infill” developments, where houses are built in undeveloped parts of existing settlements, won’t create anything like the number of homes needed.

The government’s new levelling-up bill, including measures designed to placate Conservative voters in “red wall” seats won from Labour in the 2019 election, “all points towards a pragmatic outcome in south-east England” with “more big sites”, he says. Which is just what Urban&Civic specialises in. 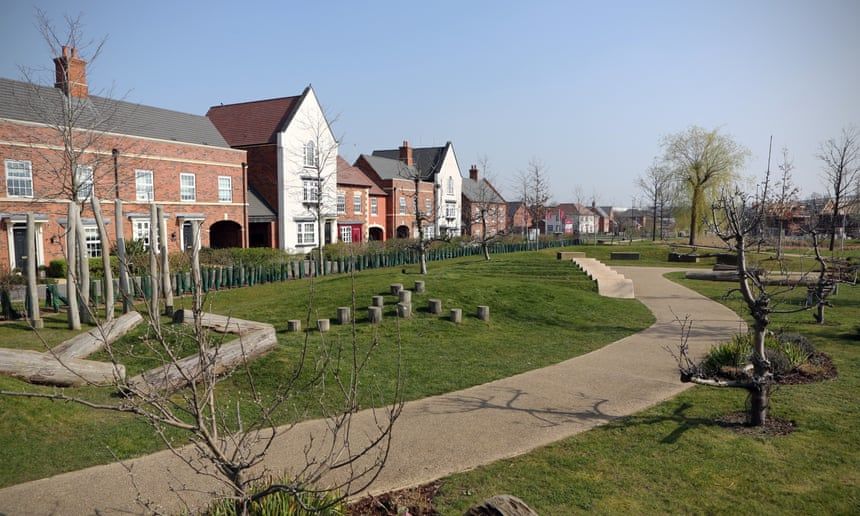 The newfound flexibility of the post-pandemic world of work has also made Rugby and other regional towns more attractive, and given families the impetus to move out of London. Such relocations pushed sales 30% above expectations during the pandemic. “Quite a number of people in Rugby work in London, notionally. They used to commute five days a week and there is no chance of them going back to that if they have a choice,” Hugill says, adding that more time and money spent in your neighbourhood “helps the whole sense of your identification with a locality”.

Houlton is four miles from Rugby train station, accessible using the new link road built by Urban&Civic, and it is already served by a bus route. Commuters are clearly a target market: a large poster urging people to “join our growing community” is prominently displayed in the station car park.

This shift will boost local economies, he believes, as flexible workers spend money locally during the week, not just at weekends. However, he offers a caveat: “You have to be careful about overestimating the change resulting from working from home, because it is basically only a middle-class choice.”

Home working also has its downsides, especially for city centres and the small service businesses – from sandwich shops to dry cleaners – which rely on trade from office workers, something which preoccupies Hugill in his other role as chair of the Centre for Cities thinktank. “Fridays are looking quite vulnerable,” he says of post-Covid working patterns, with many office-based staff choosing to end the week at home.

Despite this new workplace flexibility, he believes labour relations are about to be put to the test: “At the moment, people are getting paid the same, and getting London weightings and everything else, and that will not sustain over a period.”

True to his County Durham roots, Hugill would like to see levelling up in action, but doesn’t believe this is achieved by merely building more homes in the north of England, or by moving government jobs to different parts of the country. “You can’t create local economies just out of housing,” he says. However, post-pandemic working patterns may also form part of the answer. “More home working will, over time, reduce to some extent the London-centric nature of the UK economy,” Hugill says of the capital. “But it’s more than capable of looking after itself.”