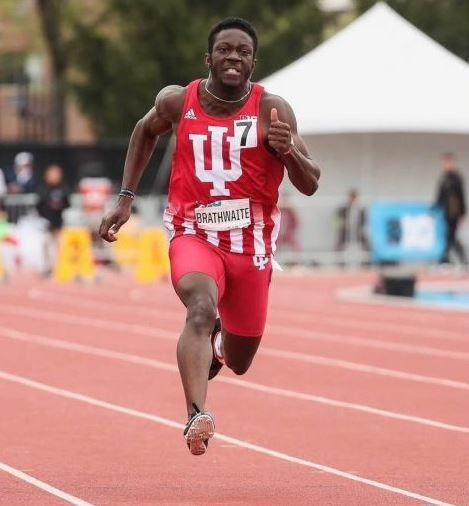 The junior from the [British] Virgin Islands, clocked a Personal Best 6.55 to seconds to break the Big Ten record of 6.58 set last year by Purdue’s Waseem Williams, a Jamaican.

Brathwaite was first out of the blocks and gradually expanded his lead.

He was No. 1 in the NCAA until Oregon's Micah Williams ran 6.49 at high altitude later on Saturday.

The Virgin Islander currently holds the record at Indiana University in the 60m and his title is also the first NCAA Championship title ever won by a VI National in a Division 1 University. 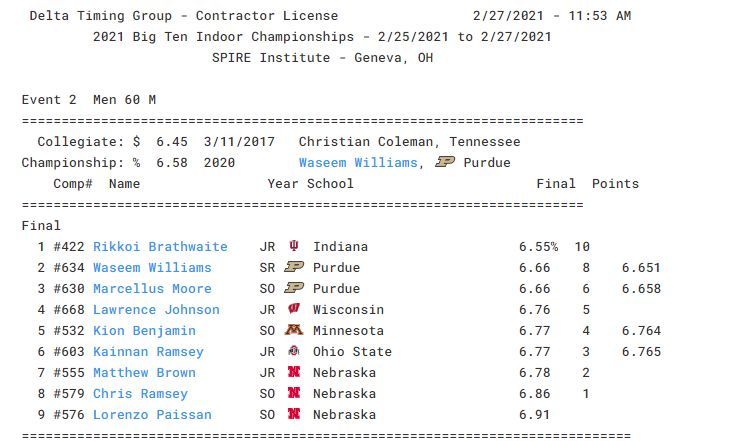 Rikkoi A. R. Brathwaite, representing Indiana University, took the gold medal in the 60 metre, breaking the NCAA Big Ten Indoor Record for that distance with his time of 6.55 seconds.

Deputy Premier and Minister with the portfolio for Sports, Dr the Hon Natalio D. Wheatley (R7) extended congratulations to Brathwaite on his historic victory.

“We are bursting with pride at this accomplishment. To say Rikkoi has represented us well is a vast understatement,” Dr Wheatley wrote on his Facebook page.