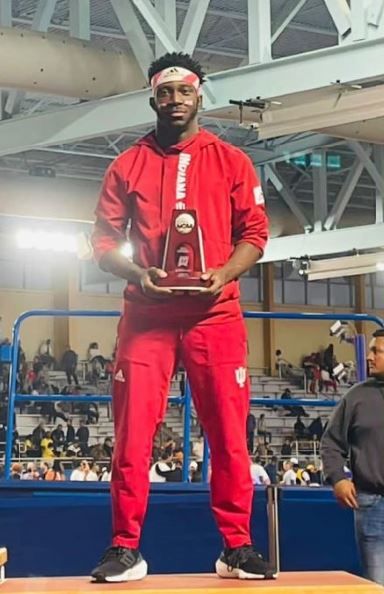 Virgin Islands’ sprint ace Rikkoi A. R. Brathwaite won the silver medal in the final of the Men’s 60M at the 2022 NCAA Indoor Championships in Birmingham, Alabama on Saturday, March 12, 2022.

The race, which saw a false start, was won by Jamaican Davonte Burnett, a Senior from University of South Carolina, in a Personal best of 6.50 seconds. Burnett was one of the athletes who did not hear the callback for the false start and ran all the way to the finish line.

Third was Favour Ashe, a Freshman from University of Tennessee, in 6.55 seconds.

University of Georgia’s Matthew Boling, who had pipped Brathwaite on the line in the semi-finals, was fourth in 6.63 seconds.

Braithwaite won bronze at the same event in 2021. 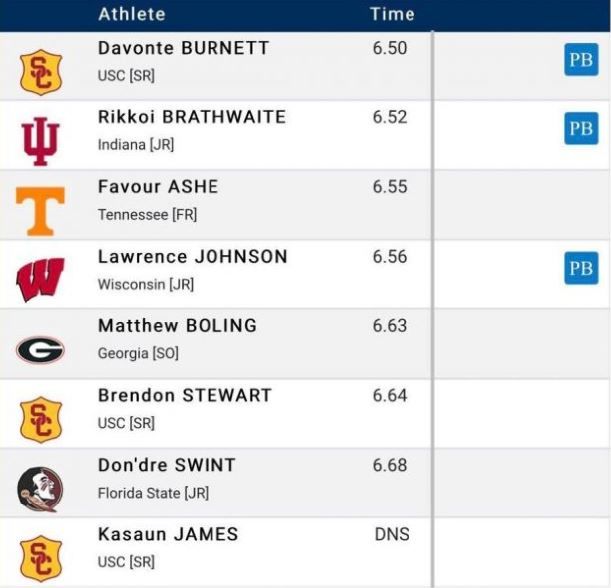 According to the BVI Athletics Association (BVIAA), Brathwaite will now compete at the World Indoor Championships set to take place in Belgrade, Serbia in a week’s time.

The Virgin Islander is also set to compete in the upcoming NCAA outdoor season where he will contest the 100m and 200m representing Indiana University in his final collegiate outdoor season.