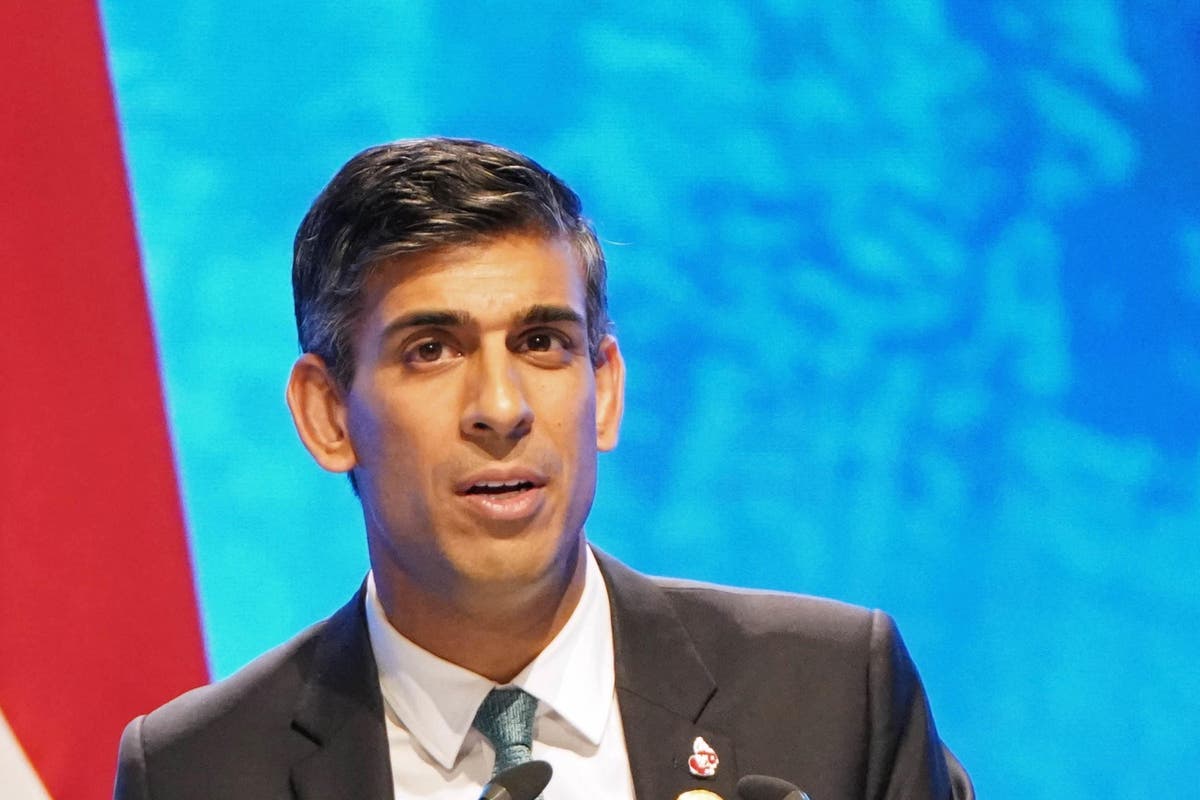 The PM said it was ‘right’ that the Health Secretary was speaking to the Royal College of Nurses ahead of industrial action. What Mr. wrong knows about what’s right…?
Rishi Sunak said the pay deal sought by the nurses’ union was “unaffordable” but acknowledged people were struggling with the rising cost of living.

The Prime Minister told ITV News on Tuesday: “We have enormous gratitude for our nurses, and indeed all the other workers in the NHS, for what they do and have done for us over the past couple of years.

“But what the unions are asking for is a 17 per cent pay rise, and I think most people watching will understand that that’s unaffordable and the way we deal with these situations, because of course, it’s difficult and of course people are struggling, is that we have an independent body make recommendations to the Government about what a fair settlement is.”

Mr Sunak, in Bali for the G20 summit, said the recommendations of the independent body had been accepted, meaning a rise worth about £1,400 for a typical nurse.

He added: “Ultimately, this money is coming from taxpayers, from everybody watching, and everyone watching will also know that they’re suffering rising bills, they’ll be having those conversations with their own employers about what’s affordable in these difficult circumstances.

“That’s why we have an independent process that makes recommendations to the Government. The Government accepted them in full and that’s why it’s right that the Health Secretary is talking to the nurses’ union right now.”

The Royal College of Nursing is claiming a pay rise of 5 per cent above the rate of inflation, but other health unions have not put a figure on their demands.

Responding to Mr Sunak’s comments, RCN General Secretary and Chief Executive, Pat Cullen, said: “Gratitude is not enough – it doesn’t pay the bills and it doesn’t stop nursing staff leaving the profession because they can no longer afford to be a nurse.

"No nurse ever wants to strike, but we have been forced into this situation because low pay is pushing nursing staff out of the profession and putting patient care at risk.”

Meanwhile, Health Secretary Steve Barclay met union leaders amid warnings of an “unprecedented” winter of strikes in the NHS in growing disputes over pay and staff shortages.

Hundreds of thousands of health workers, including nurses, ambulance crews, midwives and paramedics, have either voted for industrial action or are being balloted.

Unions have warned that a below inflation pay rise announced by the government in the summer was fuelling a raft of resignations as health workers find better paid and less stressful jobs.

“I reiterated my admiration for all healthcare workers and we discussed ways we can work together to make the NHS a better place to work. My door remains open and we will continue to meet.”

GMB national officer Rachel Harrison said: “If the Health Secretary wants to stop an unprecedented winter of NHS strikes, he knows what to do.

“It’s not rocket science. Give NHS workers a proper pay rise, that means they don’t have to use food banks or quit the service in droves.

“By not paying staff properly, ministers are leaving the NHS unable to recruit and retain enough workers, putting patient safety at risk every day. Mr Barclay must listen to the concerns of health workers.”

Union leaders said they made it clear that without urgent government action on wages, experienced health workers would continue to quit their jobs, and the NHS would struggle to attract new staff in sufficient numbers.

Unison’s head of health and chair of the NHS unions Sara Gorton said: “There can be no solution to the damaging workforce crisis unless the government improves NHS pay. Without the staff to provide essential care, patients face excessive and lengthening waits to be seen.

“Ministers must give the NHS urgent help and provide the cash for another wage rise. The alternative is multiple disputes in what could be the worst winter on record for the NHS. No one wants that. The government must try harder for all our sakes.”
Add Comment