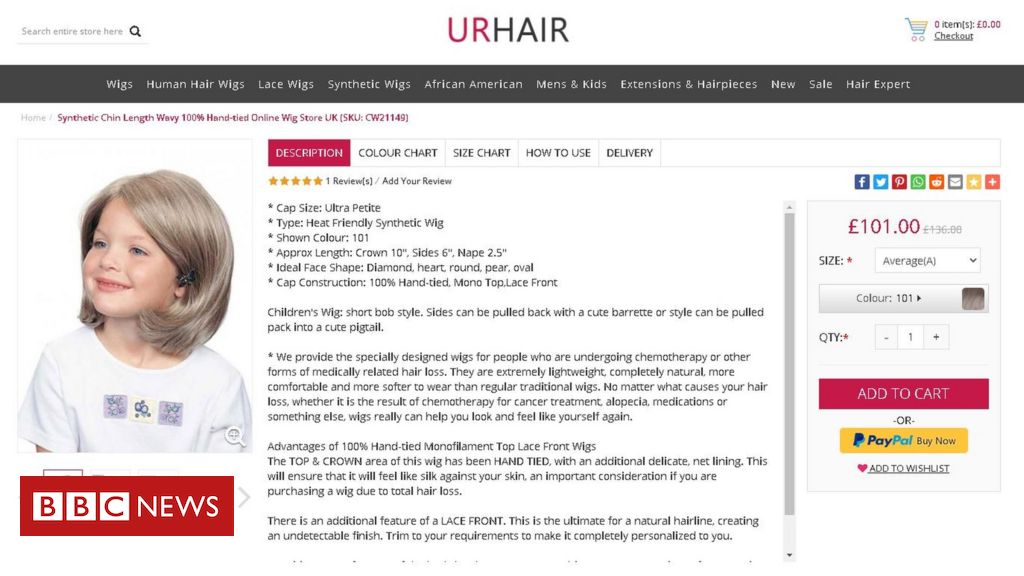 Urhair.co.uk includes photographs of child models in wigs which it says are suitable for those "undergoing chemotherapy or other forms of medically related hair loss".

Customers who have complained about the quality of the wigs they received say they have been refused refunds.

Ellen is 16 and recovering from an aggressive form of blood cancer. She started wearing wigs after chemotherapy caused her hair to thin.

She decided that she would like to get another real human hair wig, ready for when she was due to start back at school in September.

But she was disappointed with the one which she bought for £75 after seeing it on the Urhair website.

"It didn't resemble the picture and it didn't make me feel confident like my other wigs had," she said.

"The description read that it had a lace front, which blends in with your actual hairline, whereas this wig didn't have a lace front. It was quite blunt. It was very obvious that it was a wig."

She complained and mentioned that she had been undergoing chemotherapy, but the website refused to return her money.

Her father, Nick, told Radio 4's You & Yours that they were most upset when they realised "it was not just us" after spotting lots of similar bad reviews on Trustpilot.

"There were a number of those reviews that said, 'I've got cancer, I've had an absolutely wretched time, you've made it even worse.' That kind of brought it home," he said.

Attempts have been made to make those bad reviews look better, according to Trustpilot, which says it detected and removed hundreds of fabricated positive reviews created by Urhair or other parties working on their behalf.

Trustpilot has posted a consumer alert on Urhair's review page to bring the discrepancy to people's attention. 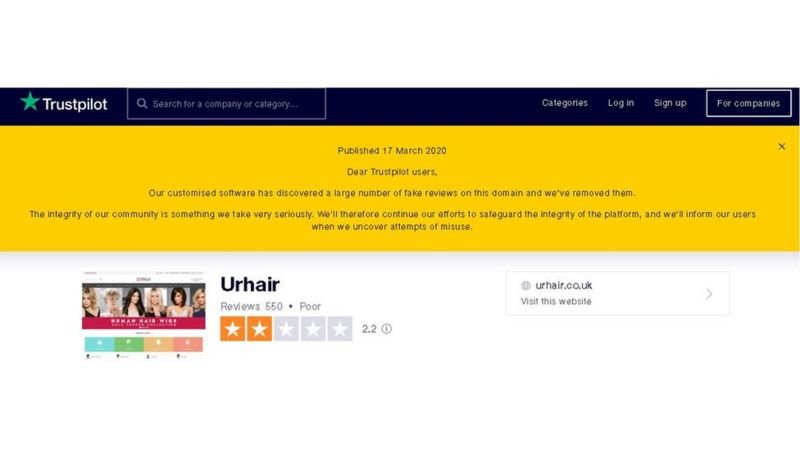 Trustpilot has posted a consumer alert on its website.

Someone has also paid to promote the website in the UK, so people searching for wigs on the internet have found it listed among the top adverts.

The website claims to be based in the UK, but the address given seems to be false and their limited company is not listed at Companies House.

Emails sent to Urhair by the BBC have gone unanswered.

The website has a large number of photographs of adult models wearing wigs and is not just aimed at cancer patients. But some of its adverts specifically mention chemotherapy and include pictures of children.