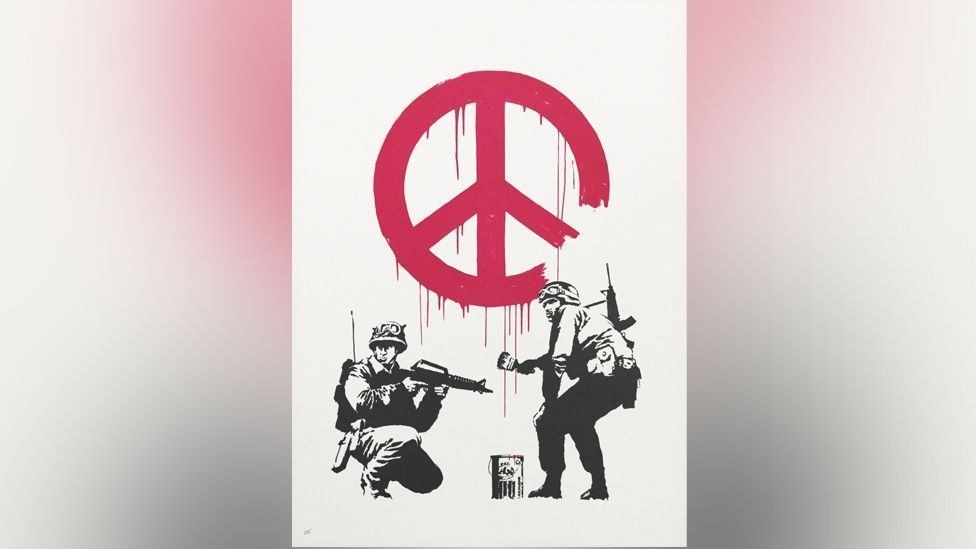 The sale of an anti-war piece of artwork by Banksy has raised £81,000 for a Ukrainian children's hospital.

It features two soldiers graffitiing the symbol of the Campaign for Nuclear Disarmament on a wall.

It was sold earlier via an online auction and funds from the sale will be donated to Okhmatdyt Children's Hospital in Kyiv.

It is Ukraine's largest children's hospital and cares for critically ill children as well of anyone injured in the war triggered by Russia's invasion last month.

Charlotte Stewart, from MyArtBroker.com, said the money "will make an enormous difference to the lives of staff, children and their families in the weeks ahead".

Opening bids had to be at least £20,000 and bids quickly rose following a "flurry of interest", the auctioneer said.

The site is not charging commission on the sale meaning more of the funds can go to the hospital.