Simone Biles grateful for support: ‘I’m more than my accomplishments’

Simone Biles says the support she has received in the wake of her Tokyo Olympics all-round final withdrawal has shown her for the first time that she is ‘more than her accomplishments’ in gymnastics.

USA legend Biles pulled out after one rotation of the women’s team final on Tuesday in Tokyo, citing mental health concerns.

USA Gymnastics said Biles was yet to decide whether to withdraw from her four individual finals, which are scheduled to take place next week.

In a statement, USA Gymnastics said: “After further medical evaluation, Simone Biles has withdrawn from the final individual all-around competition.

“We wholeheartedly support Simone’s decision and applaud her bravery in prioritising her well-being. Her courage shows, yet again, why she is a role model for so many.”

Biles won four gold medals in Rio in 2016 and was aiming to become the first gymnast to retain a female all-around title at the Games since Vera Caslavska in 1968. 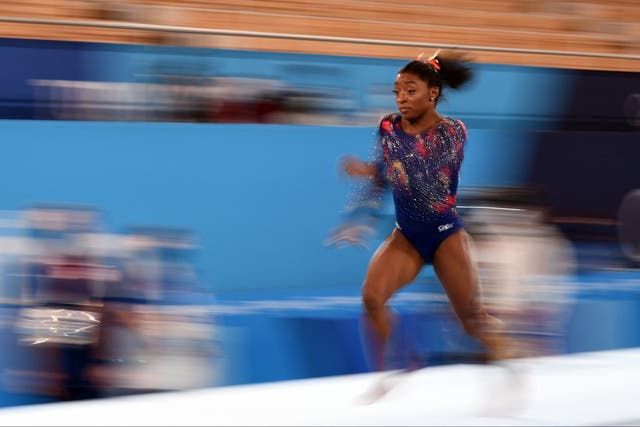 She successfully qualified for the final in first place but a mistake on her opening vault in Tuesday night’s team final prompted her to leave the arena with a US team medic.

Amid injury fears, Biles returned to the arena to support her team to an eventual silver medal behind the team representing the Russian Olympic Committee, and later revealed she had made her decision due to a desire to protect her mental health.

Biles said on Tuesday: “It’s been really stressful these Olympic Games, not having an audience. It’s been a long week, a long Olympic process, a long year. We are just a little bit too stressed out. We should be out here having fun.

“I feel like I’m also not having as much fun and this Olympic Games I wanted it to be for myself and it felt like I was still doing it for other people. It hurts my heart that doing what I love has been taken away from me to please other people.”

Biles has received some controversial criticism for her withdrawal, but thanked fans on Thursday by tweeting: “the outpouring love & support I’ve received has made me realize I’m more than my accomplishments and gymnastics which I never truly believed before.”

And US swimmer Katie Ledecky, who like Biles headed to Tokyo expected to claim a number of medals, said she sympathised with her team-mate.

Speaking shortly after she bounced back from failing to medal in the women’s 200m freestyle by winning her favoured 1500m title, Ledecky said: “I would never want to speak for Simone or say I know what she’s feeling because none of us do.

“But I understand it. We’re at the highest level, we have the most eyes on us of anyone in the world right now - I’m not just saying us as in Simone and me, I’m saying everyone at the Olympics.

“You can feel like a lot of people are watching you and that every move you make is being watched and judged and all those things. As much as we say we try to ignore it, I think some of that is just trying to keep that positive mindset and move forward.

“Certainly you’ve seen Simone do a terrific job of that over the years and I have no doubt in my mind that she’s going to be back, hopefully this week, I don’t know.”

Pogba wrote on Twitter: “A moment of undeniable strength from Simone-Biles. We always focus on the physical aspect of health but the mental aspect is just as important. When you take care of both, you will flourish in life! #SimoneBiles GOAT.”