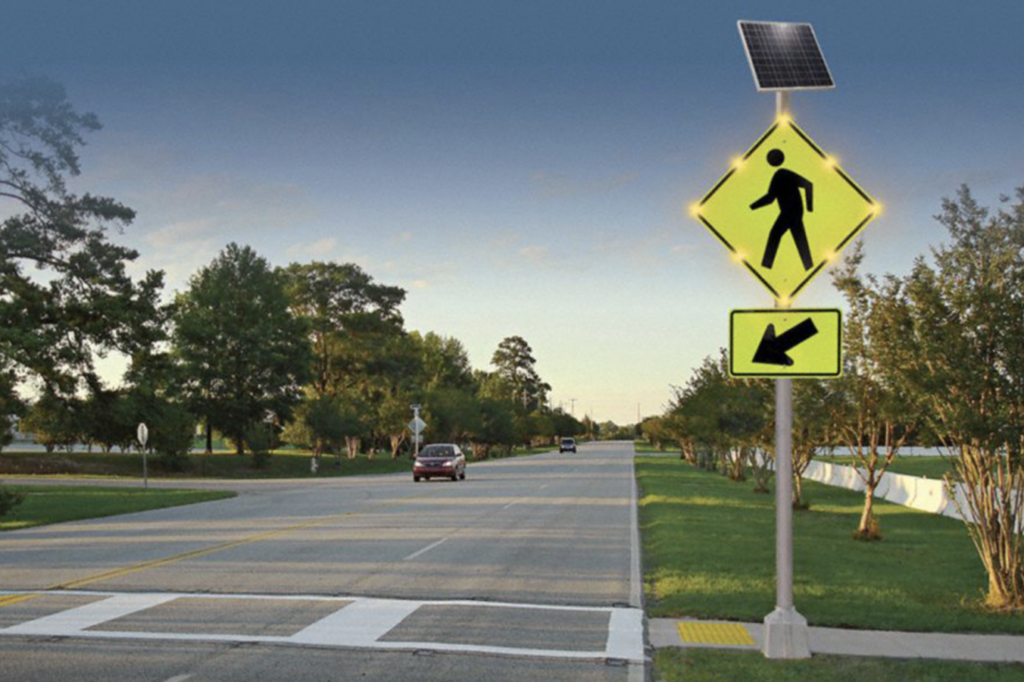 Solar-powered crosswalk signs to be installed in Road Town

Works Minister Kye Rymer has said the government will be installing solar-powered crosswalk signs in Road Town.
He said the initiative is being done through the Public Works Department.

“We are installing five sets of solar-powered crosswalk signage that flashes to get the attention of the on-coming traffic, thus bringing awareness to the drivers that a pedestrian is intending to cross the street,” the Minister said while speaking in the House of Assembly recently.

“There is also a feature that verbally cautions pedestrians before stepping onto the busy street. These systems will be installed in some of the more high-traffic areas in the city namely the Sir Olva Georges Plaza, Waterfront Drive close to Clover’s, and DeCastro Street in the vicinity of Bobby’s Supermarket and the Republic Bank,” Rymer stated.

He further said the ‘BVI Going Green Initiative’ that was previously announced is still in effect.

“This particular initiative, which ends in August 2023, came from an amendment to the Customs Management and Duties Act. It makes provision for residents of the Virgin Islands to achieve significant savings by adopting or transitioning to going green, and renewable energy sources such as solar, wind energy, and electric, which includes vehicles,” Rymer said.

“All items imported under these categories will be zero import duty for this period. I am therefore urging citizens and residents to take advantage of this opportunity by making full use of this two-year duty-free window,” he added.
#the Virgin Islands
Add Comment