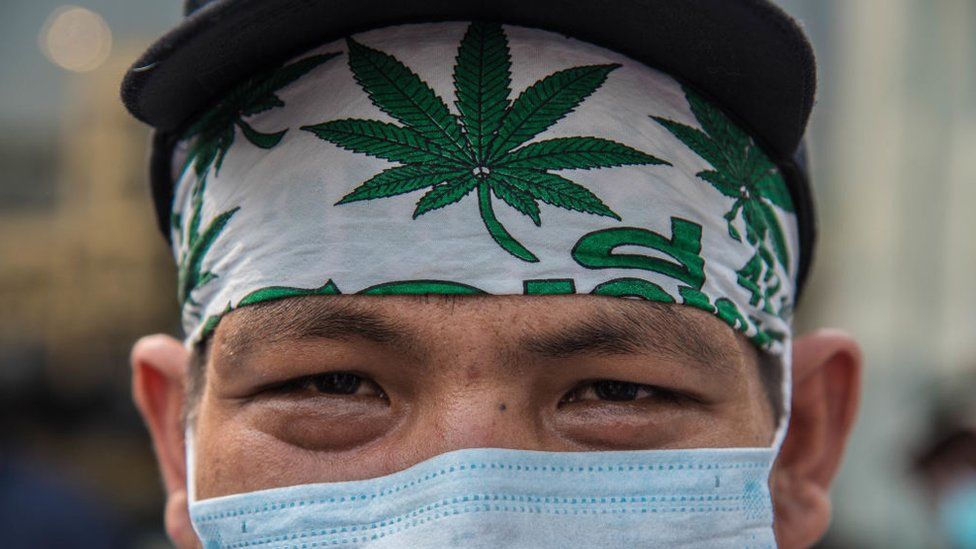 People in Thailand can now grow cannabis plants at home and sell the crop after the nation removed marijuana from its banned narcotics list. 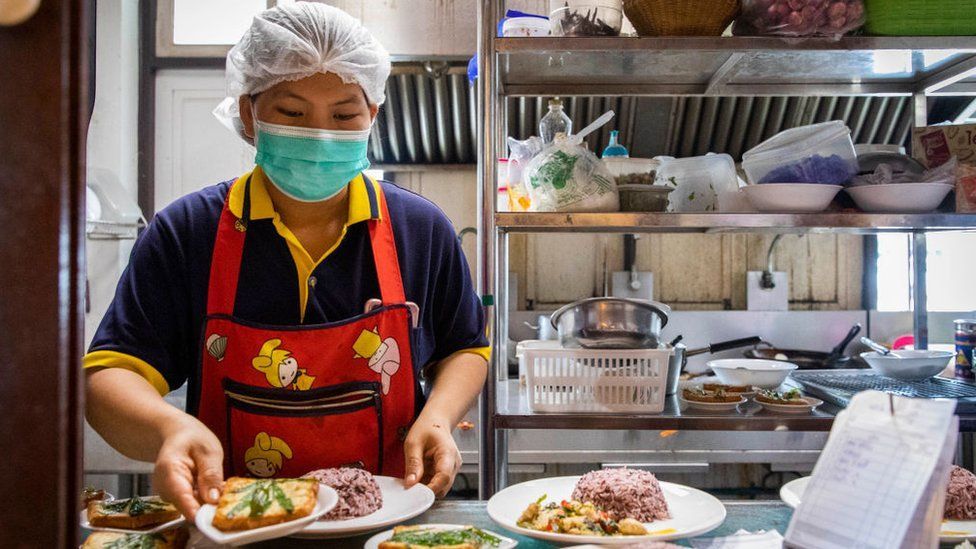 The nation is the first to advance such a move in South-East Asia, a region known for its stringent drug laws.

But recreational use is still banned, even though advocates say the easing effectively decriminalises marijuana.

The government is hoping that developing a local cannabis trade will boost agriculture and tourism.

It's even giving away one million cannabis seedlings to citizens to encourage pick-up.

"It is an opportunity for people and the state to earn income from marijuana and hemp," said Anutin Charnvirakul, deputy prime minister and health minister, on his social media accounts last month.

He shared a photo on Facebook of a chicken dish cooked with cannabis, adding that anyone could sell the dish if they followed the rules - the main one being that products must contain less than 0.2% of tetrahydrocannabinol (THC), the compound that gives users that "high" feeling.

From Thursday, households will be able to cultivate up to six cannabis pot plants at home if they register with authorities, and companies can also farm the plant with a permit.

Diners will also be able to order cannabis-infused dishes and drinks at restaurants. 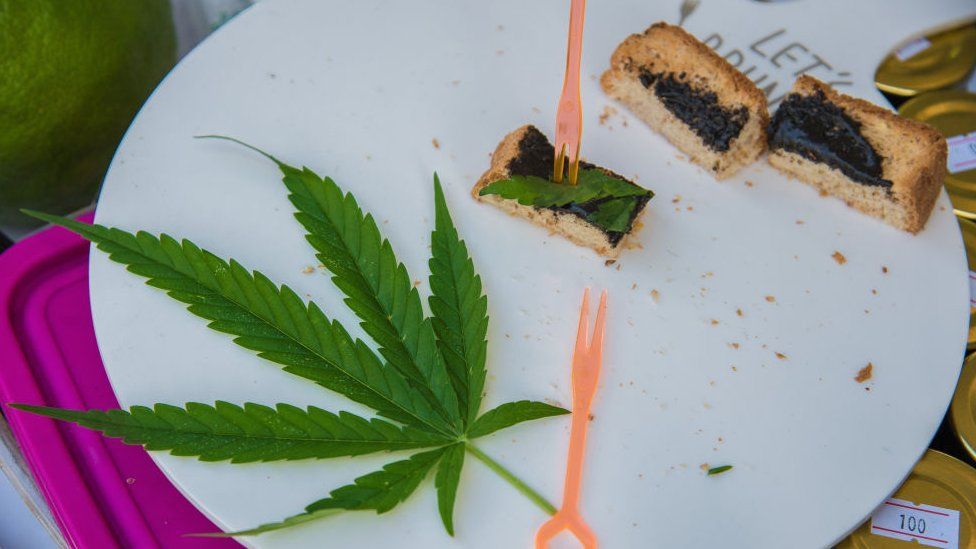 Clinics across the country can also more freely offer cannabis as a treatment. Thailand was the first in Asia to legalise medicinal cannabis use in 2018.

However, using the drug for personal use is still illegal. Officials have warned people against smoking in public, saying it's considered a public nuisance and offenders risked arrest.

Under the plan the government says it also aims to release about 4,000 prisoners convicted of cannabis-related offences.

Thailand, with its year-round tropical climate, has long had a history with cannabis which many locals commonly used in traditional medicines.

A wider draft law on cannabis control is currently being considered in Thai parliament. Advocates believe that coming years could see a gradual relaxing on the rules governing use.

So is it legal or isn't it? As Thailand's tourist economy recovers from its long Covid slumber, many visitors will be wondering whether the new liberal regime governing cannabis means they can light up a joint wherever and whenever they please.

The answer from the government is no, you cannot smoke marijuana in public, and it is still illegal to sell or supply any products containing more than 0.2% of the main hallucinogenic compound THC.

The official goal is for Thailand to get a head start on its neighbours in winning a large slice of the lucrative market for health treatments using cannabis derivatives, in particular the milder compound CBD. But there is another motive; to reducing overcrowding in some of the world's most overcrowded jails.

Which means, in theory, with cultivation of the plant in any quantities now completely legalised, that the police are now unlikely to arrest people just for possession of marijuana.

Already there are hundreds of businesses in Thailand, operating even before the new law, offering a whole range of marijuana products, like restaurants putting the leaves in Thai curries. It is hard to see how the authorities can regulate how much THC they contain.

The government insists they are permitting production and consumption solely for medical, not recreational purposes, but in practice that line is already blurred.