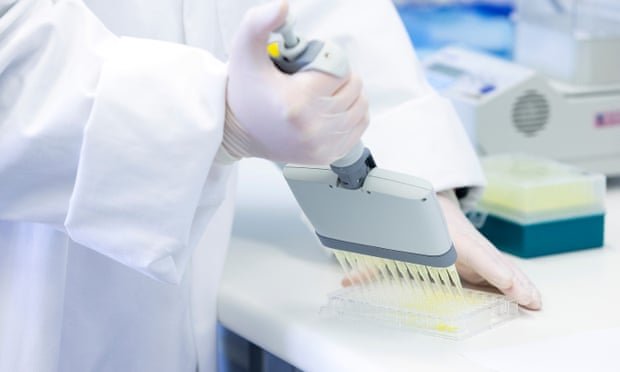 UK to become WHO's largest state donor with 30% funding increase

Boris Johnson will announce a 30% increase in the UK’s funding of the World Health Organization, making the UK the single largest national donor after the US leaves.

In an announcement at the UN General Assembly, he will urge it to heal “the ugly rifts” that are damaging the international fight against coronavirus.

While Trump has denounced the WHO as corrupt and under China’s influence, Johnson will announce £340m in UK funding over the next four years, a 30% increase. He will also suggest the body be given greater powers to demand reports on how countries are handling a pandemic.

The proposals will form part of a British vision, drawn up in conjunction with the Gates Foundation, of how future health pandemics could be better controlled, including “zoonotic labs” capable of identifying potentially dangerous pathogens in animals before they transmit to humans.

Johnson’s pre-recorded video, on the final main day of the UN General Assembly and four days after most world leaders have spoken, comes at the end of a week in which China and the US have argued over responsibility for the virus. Both have refused to join the WHO effort to find a global coronavirus vaccine, preferring a national approach.

Johnson will say: “After nine months of fighting Covid, the very notion of the international community looks tattered. We know that we cannot continue in this way. Unless we unite and turn our fire against our common foe, we know that everyone will lose.

“Now is the time therefore – here at what I devoutly hope will be the first and last ever Zoom UNGA – for humanity to reach across borders and repair these ugly rifts.

Here in the UK, the birthplace of Edward Jenner who pioneered the world’s first vaccine, we are determined to do everything in our power to work with our friends across the UN to heal those divisions and to heal the world.”

Earlier at the UN this week, he said that the coronavirus “came out of left field, humanity was caught napping, let’s face it, we were woefully underprepared”.

The extra UK cash comes ahead of WHO board meeting next week at which a joint Franco-German paper is to be discussed calling for more reliable, larger and less conditional funding of the WHO.

The UK contribution will be set at £340m over the next four years, making it the most generous nation state contributor, Downing Street said. While the US is currently the largest funder, if Trump is re-elected president, it will pull out by next summer, taking with it as much as $900m in voluntary and compulsory contributions over two years.


Apart from funding increases designed to help multilateral bodies and ensure equitable distribution of a coronavirus vaccine, once it is discovered, Johnson will also call for new pandemic early-warning systems, new global protocols for health crises and the removal of trade barriers.

The WHO has set up an internal inquiry into its handling of the pandemic, including China’s role in informing the WHO that the virus was on the loose in the country.

Johnson will also use his address to announce significant new investment in Covax, the international coronavirus vaccines procurement pool announced in April. The UK will contribute an initial £71m to secure purchase rights for up to 27m vaccine doses for the UK.

He will also announce £500m in aid funding for the Covax advance market commitment, a facility to help 92 of the world’s poorest countries access any coronavirus vaccine at the earliest opportunity.

The commitment is also designed to guarantee to private manufacturers that they will have a market for their vaccines, ensuring the necessary research and development takes place. Neither China nor the US have agreed to join Covax, preferring to keep their vaccine research under their own control.

Johnson will use his UN speech to call for “a vast expansion of our ability to collect and analyse samples and distribute the findings, using health data-sharing agreements covering every country”.

His speech contains no direct criticism of China’s sharing of data at the beginning of the crisis, Downing Street said.