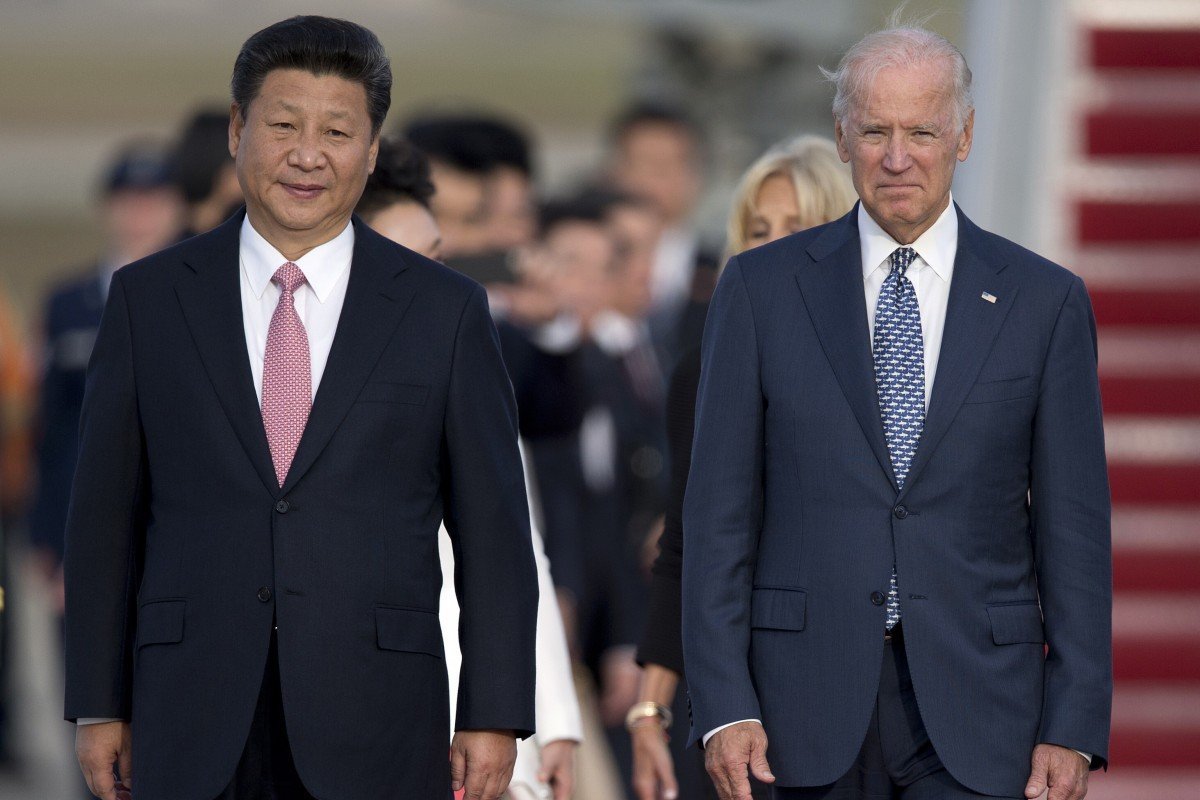 Thaw in semi-official exchanges after the deep freeze in relations between the two countries, academic says.
China and the United States have revived stalled backchannel diplomacy, seeking to reset their stormy relationship in the wake of the US presidential election.

The semi-official communication channel – often conducted through former officials, think tanks and business leaders – has traditionally been an important conduit for the two sides to exchange candid views and float ideas before more formal contacts.

Such communication had stopped in recent months as the relationship went into deep freeze, a Chinese government adviser told the South China Morning Post.

But the semi-official exchanges have resumed.

“A while ago, people in the United States dared not to talk to us [because of the toxic relationship]. This has changed, particularly from the Democrats side. The semi-official exchanges have again resumed,” Wang Xiangsui, a well-connected professor at Beihang University in Beijing, told an audience at a closed-door forum last month. His speech has only now been made public.

On Friday, China officially offered cautious congratulations to Biden and his running mate, Kamala Harris. The message came a week after the former vice-president declared that he had secured enough Electoral College votes to lead the United States in the next four years. President Donald Trump has refused to concede and fiercely contested the results.

“We respect the choice of the American people, and we express our congratulations to Mr Biden and Ms Harris,” Chinese foreign ministry spokesman Wang Wenbin said.

But he stopped short of calling Biden president-elect, saying China understood that the election results needed to be confirmed following procedures in accordance with US law.

Unlike America’s allies, China did not congratulate Biden immediately after the election, prompting speculation that Beijing was trying not to appear to be favouring any side or risk getting embroiled in US domestic politics before the results had been officially announced.

And although the foreign ministry broke the silence on Friday, Chinese President Xi Jinping has yet to formally congratulate Biden and Harris, suggesting that China is acting on the side of caution.

Pang Zhongying, an international relations specialist at the Ocean University of China, said Beijing’s move was well calculated and came after leaders in Japan and South Korea sent their congratulations.

“It seemed that China should not wait any longer and had come to the conclusion that Biden had indeed won,” Pang said, adding that a note from a Chinese state leader might come later.

In all of the last four US elections, China’s sitting president has sent a personal message to America’s president-elect soon after voting day.

The last time there was a wait was in 2000, when George W. Bush became president-elect after a month-long legal battle. Then Chinese president Jiang Zemin congratulated Bush on December 14, a day after Bush’s rival, Al Gore, conceded.

Pang said that despite Trump’s defeat in last week’s election, he had continued to roll out aggressive policies against Beijing, which might have added to Beijing’s caution.

But at the same time, preparations have already begun to recalibrate the relationship that could decide the future of the Asia-Pacific for years to come.

Wang Xiangsui, who was a senior colonel before becoming an academic at Beihang University, said China had been hedging its bets and reaching out to both sides.

He said the messages from the Biden camp were positive.

“The consensus is that we do need to reset and redefine our relationship but we need to be patient. China is also waiting for a proper opening. The present atmosphere is poisonous and we need to handle it with caution,” he said.

Wang Xiangsui said the message from Democrats visiting China was that the two countries should avoid entering into a cold war or direct conflict. The two sides had to learn how to manage their differences and find ways to coexist.

Relations between the two sides under Trump hit rock-bottom as tension surfaced on all fronts, from technology to human rights to security and ideology. The two countries bickered over Taiwan, Hong Kong and even the fight against Covid-19.

While both Republicans and Democrats agreed that the US needed a tougher China policy, observers in Beijing said the two sides needed to contain their hostility and avoid direct conflict – which could ruin global peace and prosperity.

Semi-official backchannel communication – a useful way for the two sides to talk quietly and frankly – has become difficult this year, partly due to travel restrictions amid the coronavirus pandemic and partly because of the poisonous political environment on both sides.

A Chinese government adviser who had previously met Kurt Campbell and Jake Sullivan from the Biden camp said some former Democratic Party officials had visited Beijing several times over the years.

“They raised concerns about bilateral relations and proposed advice for improvement,” the adviser said, adding that both Beijing and Washington should be clear that the decades-long engagement policy in the US had come to end.

Wang Xiangsui said Biden had already assembled a team of more than 2,000 foreign policy and security advisers and experts. Some of them might take on senior positions in the coming administration.

Many of them were considered “old China hands” and had a wealth of experience in talking to Beijing, said another Chinese government adviser. But he said they had been quiet since the beginning of the year because of the political sensitivity in the election period.

Now with the Biden presidency on the horizon, many hope the two sides can break the deadlock and bring their relationship back to at least a manageable level.

Former US ambassador to the United Nations Susan Rice and former deputy secretary of state Antony Blinken are among front-runners for secretary of state and Blinken is also being considered as the national security adviser. Biden picked Ron Klain, one of his long-time advisers, to be White House chief of staff.

Beijing, meanwhile, is wary that Trump and hawks still in the White House might use their remaining few months in power to further damage ties between the two countries. In an executive order on Thursday, the Trump administration announced that Americans were banned from investing in Chinese firms deemed controlled by the Chinese military.

It adds to pressure to cut off US capital to 31 Chinese companies – including telecom firms Huawei Technologies Co, China Telecom and China Mobile – that Washington says are crucial to the modernisation of the People’s Liberation Army.

Also on Friday, responding to US Secretary of State Mike Pompeo’s remarks that Taiwan “has not been a part of China”, Wang from the foreign ministry said China would strike back at US moves that undermined its core interests.

“We solemnly tell Pompeo and his ilk that any behaviour that undermines China’s core interests and interferes with China’s domestic affairs will be met with a resolute counter-attack by China,” Wang said.
#Donald Trump  #COVID-19  #Joe Biden  #Covid  #Coronavirus
Add Comment