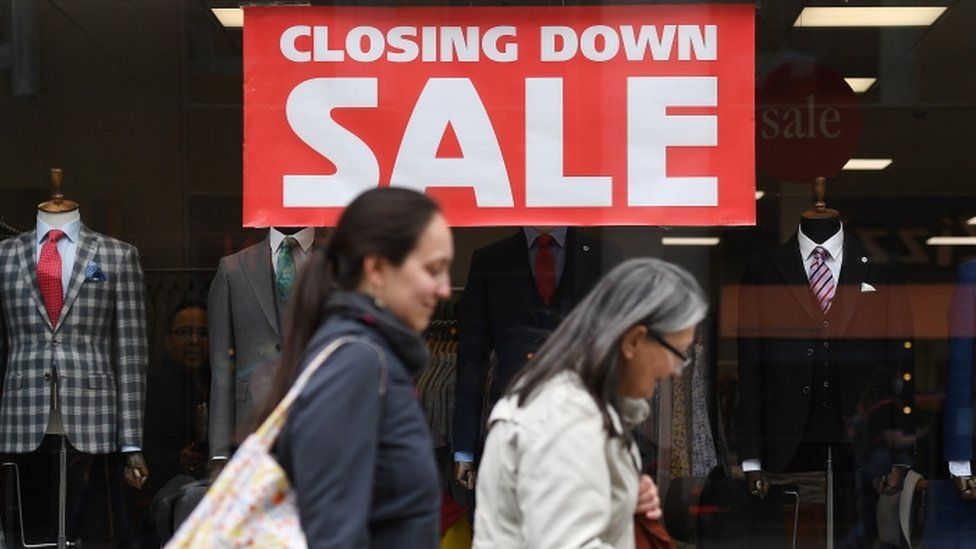 The head of the World Bank has warned that Russia's invasion of Ukraine could cause a global recession as the price of food, energy and fertiliser jump.
David Malpass told a US business event on Wednesday that it is difficult to "see how we avoid a recession".

He also said that a series of coronavirus lockdowns in China is adding to concerns about a slowdown.

His comments are the latest warning over the rising risk that the world economy may be set to contract.

"As we look at the global GDP... it's hard right now to see how we avoid a recession," Mr Malpass said, without giving a specific forecast.

"The idea of energy prices doubling is enough to trigger a recession by itself," he added.

Last month, the World Bank cut its global economic growth forecast for this year by almost a full percentage point, to 3.2%.

GDP, or Gross Domestic Product, is a measure of economic growth. It is one of the most important ways of measuring how well, or badly, an economy is performing and is closely watched by economists and central banks.

It helps businesses to judge when to expand and recruit more workers or invest less and cut their workforces.

Governments also use it to guide decisions on everything from tax to spending. It is a key gauge, along with inflation, for central banks when considering whether or not to raise or lower interest rates.

Mr Malpass also said that many European countries were still too dependent on Russia for oil and gas.

That's even as Western nations push ahead with plans to reduce their dependence on Russian energy.

He also told a virtual event organised by the US Chamber of Commerce that moves by Russia to cut gas supplies could cause a "substantial slowdown" in the region.

He said higher energy prices were already weighing on Germany, which is the biggest economy in Europe and the fourth largest in the world.

Developing countries are also being affected by shortages of fertiliser, food and energy, Mr Malpass said.

Mr Malpass also raised concerns about lockdowns in some of China's major cities - including the financial, manufacturing and shipping hub of Shanghai - which he said are "still having ramifications or slowdown impacts on the world".

"China was already going through some contraction of real estate, so the forecast of China's growth before Russia's invasion had already softened substantially for 2022," he said.

"Then the waves of Covid caused lockdowns which further reduced growth expectations for China," he added.

Also on Wednesday, China's premier Li Keqiang said the world's second largest economy had been hit harder by the latest round of lockdowns than it had been at the start of the pandemic in 2020.

He also called for more action by officials to restart factories after lockdowns.

"Progress is not satisfactory," Mr Li said. "Some provinces are reporting that only 30% of businesses have reopened… the ratio must be raised to 80% within a short period of time."

Full or partial lockdowns were imposed in dozens of Chinese cities in March and April, including a long shutdown of Shanghai.

The measures have led to a sharp slowdown in economic activity across the country.

In recent weeks, official figures have shown that large parts of economy have been impacted, from manufacturers to retailers.
#Coronavirus  #Covid

Oh ya 32 days ago
And not a word mentioned about the central banks printing huge amounts of money. Lets just blame Russia for everything. And the MSM prints these lies.
View all comments (1)Add comment