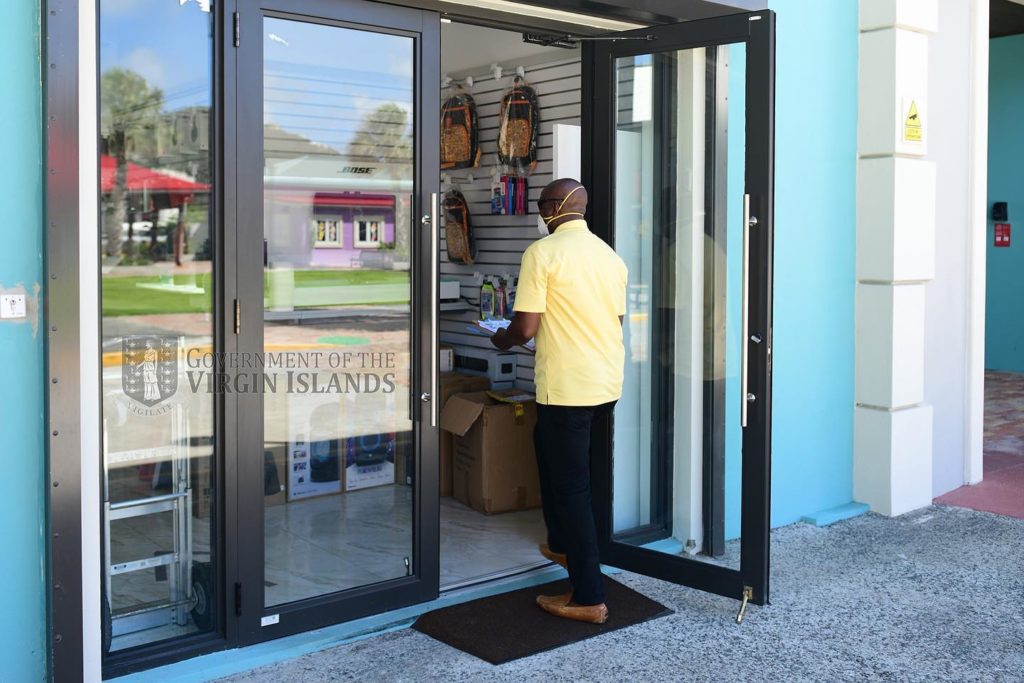 All breachers of COVID protocols will be ticketed, RVIPF warns

In light of growing concerns about some residents and businesses breaching the territory’s COVID-19 protocols, the Royal Virgin Islands Police Force (RVIPF) has issued a stern warning that it will be ticketing all parties caught in breach of the polices.

The RVIPF issued the warning saying the Force along with Environmental Health officers will be enforcing the COVID-19 suppression measures that are outlined in the Public Health Ordinance (Cap. 194).

“The Ordinance requires that persons continually wear a face mask when in public establishments, at gatherings and on public transportation. After leaving places of residence, persons are only exempted from wearing face masks when in open air settings, driving alone or with members of the same household, in an enclosed office space, while consuming food or drink, or when directed to remove the mask by security for identification purposes or by an employee within a healthcare facility for obtaining services,” the RVIPF stated.

“A face shield may be worn instead of a face mask by a child under twelve years, a person whose health conditions could worsen after wearing a face mask, an intellectual and developmental disabled person, those who assist lip readers or a person who is speaking to an audience in person or during a television broadcast,” the police added.

The RVIPF also warned proprietors to be aware of their responsibility of ensuring that all customers and staff comply with the COVID-19 protocols when conducting business.

“Proprietors that allow customers or clients to enter establishments unmasked, unshielded, or otherwise neglectful in enforcing the provisions of the public health ordinance will be considered in breach of law and fined accordingly,” the police stated.

Be aware of the respective fines!

The law enforcement agency also clearly outlined all fines associated with the respective breach so that residents will be well-informed of what to expect when caught on the wrong side of the law.

“A first breach by an establishment could result in a fixed penalty notice requiring the owner or operators to pay a fine of $1,000, and a notice for temporary closure subject to mandatory training. For a second breach, the fixed penalty notice will require the owner or operator to pay a fine of $2,000. This will result in the immediate closure of the establishment and the revoking of its Environmental Health Certificate,” the Force further explained.

All fines must be paid to the Magistrate’s Court within the stipulated period to avoid court proceedings.

If the fines are not paid, those persons will be served with a notice to appear before the courts.