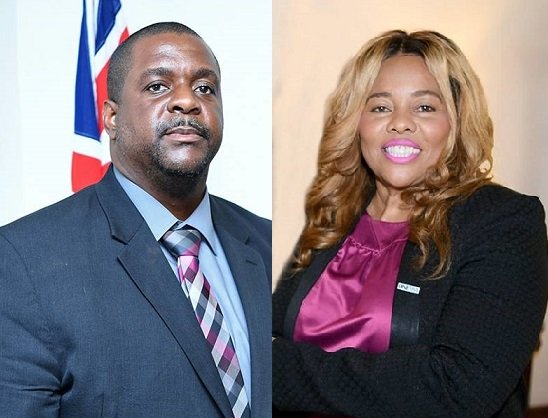 Banking facility to be restored on VG in October

Originally scheduled for an August 2019 opening, residents and other persons on Virgin Gorda will have to wait until October of 2019, for access to much needed banking facilities via Banco Popular, following some setbacks.

his is according to Junior Minister of Tourism and At-Large Representative in the Virgin Islands House of Assembly (HoA), Ms Shereen D. Flax-Charles in statements posted on Facebook.

Since August 2018, Virgin Gorda has been without a physical bank following the departure of Scotiabank. CIBC FirstCaribbean had closed months earlier. FirstBank had been the first banking facility to exit the Sister Island.

And now according to Hon Flax-Charles, with a building finally now available, Banco Popular is ready to commence operations on the island.

"Every delay is not a denial by God. Today we were officially informed by the Virgin Gorda Yacht Harbour Holding Limited officials that their building which is supposed to house Banco Popular in Virgin Gorda is now "FINALLY" available," she said in a situation media statement yesterday, Saturday, August 31, 2019.

In May 2019, during a speech in the HoA, Premier and Minister of Finance, Hon Andrew A. Fahie (R1) had promised that banking would return to Virgin Gorda this year.

The Premier had credited Hon Flax-Charles in addition to Minister for Natural Resources, Labour and Immigration and Ninth District Representative Hon Vincent O. Wheatley and Junior Minister for Trade and Economic Development, Honourable Sharie B. deCastro (AL) for their efforts in helping to restore a much needed facility on Virgin Gorda.