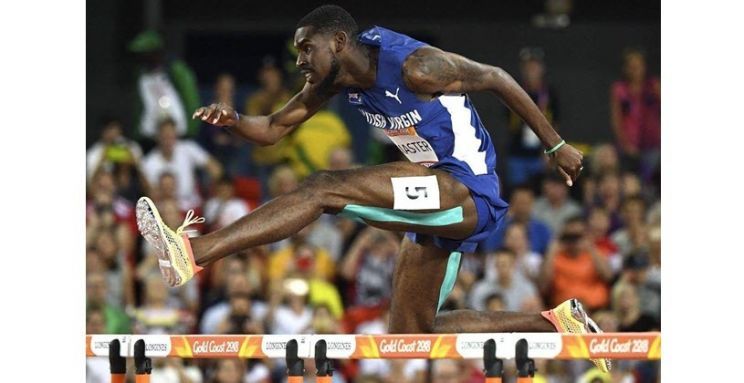 Minister for Sports, Deputy Premier Dr. Natalio Wheatley has praised at least three local athletes – Chantel Malone, Kyron McMaster and Adaejah Hodge – for performing exceptionally well in their various sporting disciplines on the international stage.
Addressing the House of Assembly on Thursday, May 13, he said: “We must recognise and celebrate the many accomplishments of our star athletes.”

He said Chantel Malone surpassed the Olympic qualifying standard in the Long Jump with a 7.08m jump to win the Florida International Pro Addition Track Meet.

“This jump is a new BVI National Record that ranks second in the history of Central American & Caribbean female athletes, and it will soon be ratified as a world number two ranked for 2021,” he remarked.

He continued: “Mister Speaker, Chantel is joined by Kyron McMaster, who established a new BVI National Record by securing a second place finish at the USA Track and Field (USATF) Golden Games Track Meet at Mt. Sac, running with a time of 47.50 seconds. In his World ranked #2 performance, Kyron broke his previous National Record of 47.54, which he established in 2018.”

The Minister then turned his attention to 15-year-old Hodge, who he described as the Territory’s ‘newest rising star.’

The Minister said Hodge did an outstanding job in the long jump and ranked number three globally and 13th when ranking with Under 18 girls worldwide.

“As our athletes continue to prepare, Mister Speaker, let us cheer them on once again as they strive to bring home the Gold. Mister Speaker, also this summer, we are hopeful that our athletes will have the opportunity to compete in the NACAC Under 18 and Under 23 Championships from 9th – 11th July in San Jose, Costa Rica and the World Athletics Under 20 Championship from 11th – 22nd August in Nairobi, Kenya,” he informed.

He stated that following the Summer Olympics, the professional athletes would continue to represent the territory.

“Ms. Elinah Phillip and Mr. Thad Lettsome will compete in the first-ever Junior Pan American Games for athletes under 23 years. These Games will be held in Cali, Columbia from November 25 to December 5, 2021. This will be another proud moment for the BVI, and we will send BVI Love and support to Thad and Eldred,” he added.

He further said that this summer promises to be one of anticipation and excitement and pledged his support for the athletes and urged residents to support them fully when they represent the territory.
#Costa Rica
Add Comment