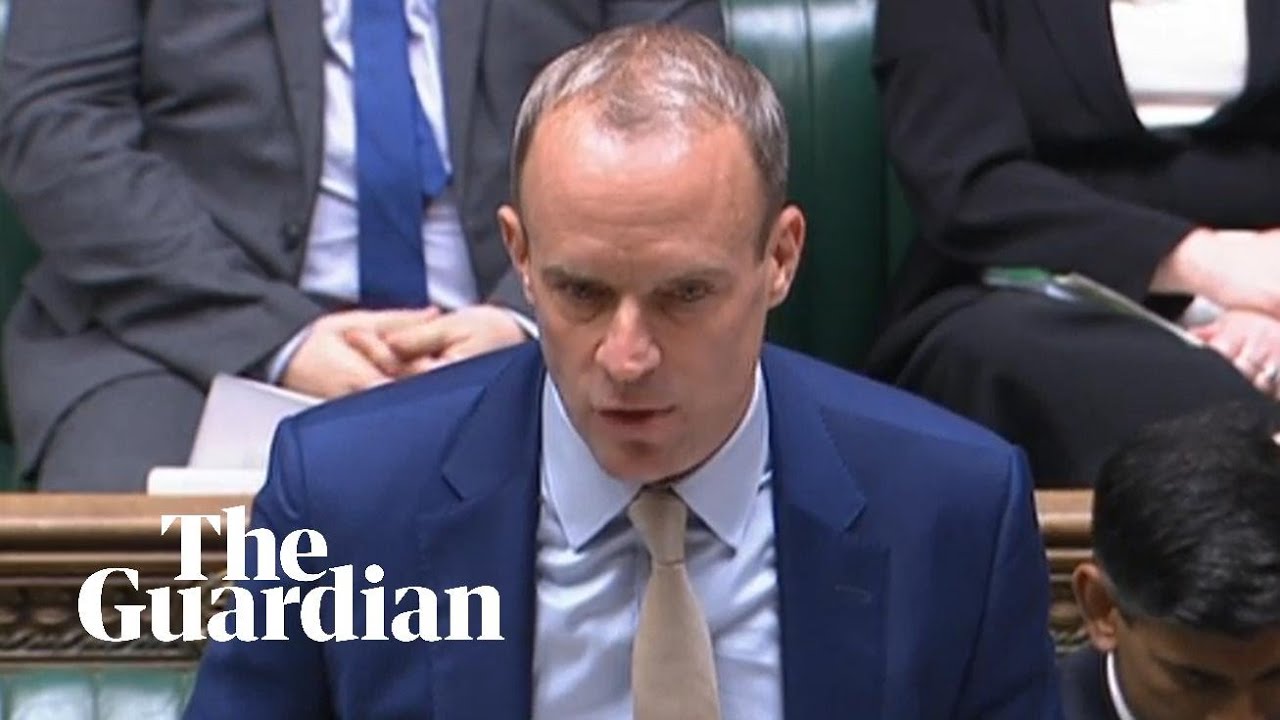 Deputy PM says matter is ‘settled in UK law’ and he would not want Britain to be in same situation as US
Dominic Raab has expressed doubts about including the right to an abortion in the forthcoming bill of rights, saying the matter was already “settled in UK law”.

A cross-party amendment intends to enshrine the right in the bill, though abortion in England and Wales was decriminalised in the 1967 Abortion Act, which exempts women from prosecution for the procedure if it is signed off by two doctors.

Rosie Duffield, the Labour MP for Canterbury, said the justice secretary should “send a clear signal, as some of his cabinet colleagues have done this week, that Britain respects the rights of women, and will he accept the cross-party amendment to the forthcoming bill of rights which enshrines a women’s right to choose in law?”

Raab said the position was “settled in UK law in relation to abortion, it’s decided by members across this house. It’s a conscience issue, I don’t think there’s a strong case for change.” He added: “What I would not want to do, is find ourselves, with the greatest respect, in the US position where this is being relitigated through the courts rather than settled as it is now settled.”

The Labour MP Stella Creasy has said she will table an amendment to the forthcoming British bill of rights to give women the fundamental right to an abortion. Creasy said she would expect MPs to be given a free vote on the issue, as a matter of conscience. She said the amendment would be tabled when the bill was published at second reading.

In a complex legal situation, only women in Northern Ireland have the guaranteed right to an abortion, after an amendment backed by MPs at Westminster in 2019 to the NI executive formation bill.

Abortions in Northern Ireland remain difficult to access, however. The UK government has put in place a legal framework for the services but so far they remain restricted because of an impasse at Stormont.

With regard to England and Wales, the 1967 Abortion Act made terminations legal in Great Britain up to 24 weeks in most circumstances. But the law is framed in terms that mean abortion is not a right, but an exception when two doctors agree it would be risky for the mental or physical health of the woman. That phrasing has come under renewed scrutiny from campaigners.

Raab, the deputy prime minister, was standing in at prime minister’s questions for Boris Johnson, who is at the Nato summit in Madrid.

“No wonder the prime minister has fled the country and left the deputy prime minister to carry the can,” she said. “Instead of showing some humility he intends to limp on until the 2030s – does the cabinet intend to prop him up for this long?”

Raab said: “We want this prime minister to go on a lot longer than she wants the leader of the Labour party to go on.”

Rayner said she wanted Keir Starmer not to be the leader of the opposition, but “the prime minister of this country, to be honest it couldn’t come quick enough”.