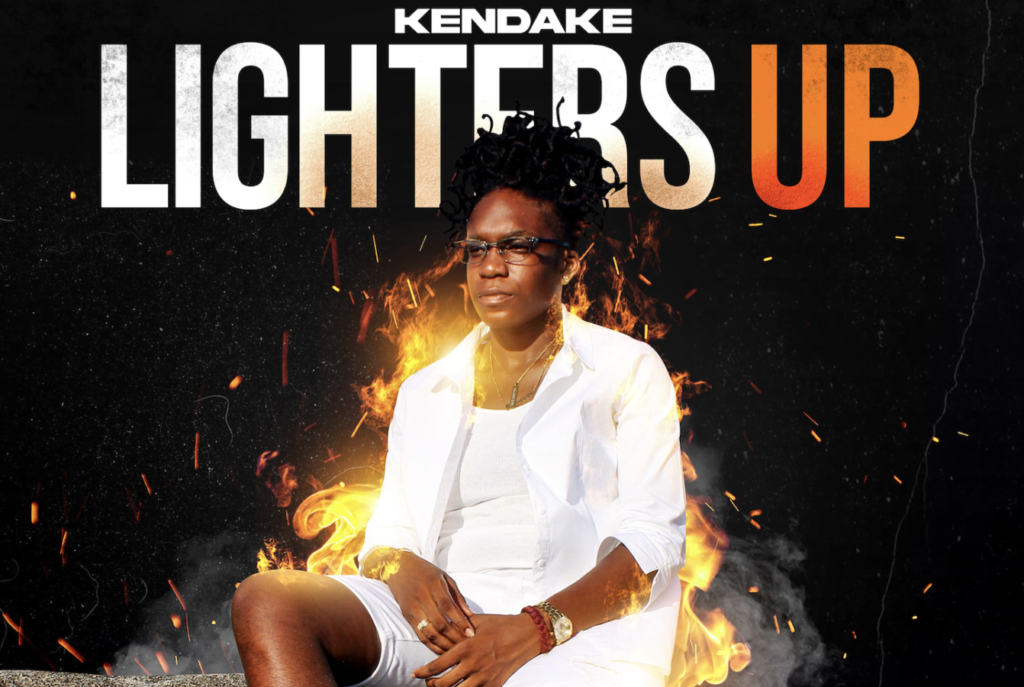 Local recording artiste Candice ‘Kendake’ Bryan is making a buzz with her recently released debut single, ‘Lighters Up’, which has so far generated more than 1,500 streams on international streaming platforms.

The 22-year old who resides in the East End community of Tortola released the rap single on platforms such as Apple Music, Itunes, Spotify and Shazam last month.

Speaking to BVI News in a recent interview, Kendake said that since the song’s release, it has been streamed not only in the British Virgin Islands, but also in places such as the United Kingdom, Canada, United States Virgin Islands, Trinidad & Tobago, Turks and Caicos, Barbados and the Dominican Republic.

“Based on the feedback that I have gotten, the message really resonated just as far as picking yourself back up after or during any adversity, so the feedback has been very great and a lot of persons have been listening and tuning into the message, so I am grateful for that,” she stated.

Kendake also said that the single was inspired from a combination of both good and bad personal experiences which she used as lessons to fuel her passion.

She said: “I felt like a time like this in 2020 when everybody was kind of dealing with the pandemic differently. I felt like it was important to share my story as far as my journey in music and the things that I faced and how I allowed the same situations to build me, to take myself to the next level or become a better version of myself.”

“’Lighters Up’ is almost like what you have to offer as a flame or fire and a lot of the times there’s a lot of stuff going on in the outside world that you may or may not allow to out your flame or your passion or your purpose in life. So ‘Lighters Up’ is just about recognising the lights that you have within yourself and understanding the importance of it regardless of the situation and believing that it is important to keep your fire burning regardless of what’s going on,” Kendake added.

When asked why she chose to release her music on international streaming platforms, she said it was to ensure that her message reaches as many people across the world as possible.

“Getting it out on these different platforms allow you to have much wider reach and it puts your song on an international level and basically in the airwave so that persons outside of the territory can listen and tune into the song that’s being created especially like a small place like the BVI. It’s an extremely big world outside of the BVI and it’s so important to get your song on the outside and be recognised in that way,” she explained.

Music has always been part of me

Despite the single being her first studio release, the young artiste said she has had a relationship with music for an extremely long time, dating back to primary school and as recent as her time spent at high school at the H Lavity Stoutt Community College (HLSCC).

She said: “Writing has always been a passion for me and being able to translate my writing in spoken word and rap music has always been something that I like to do. I did music on and off up until my last year in HLSCC. I performed frequently with the HLSCC singing band, so that is where I got a lot of insight as far as the music and the business of music as well … But I think 2020 was the year that I decided to take myself to the next level and discover my sound and put it out there for the world.”

The rapper also credited fellow local musician Glendon ‘Njar’ Lamothe for his behind-the-scenes role in getting the song created.

“I told him what I was working on as far as the lyrics and so forth and we got into the studio and had the song recorded and, of course, he gave his input and just encouraged me as an artiste to take my art and myself to the next level. So he was definitely a great inspiration and a great help in working on this project,” she said.

The single was recorded, mixed and mastered by Homegrown Studios.