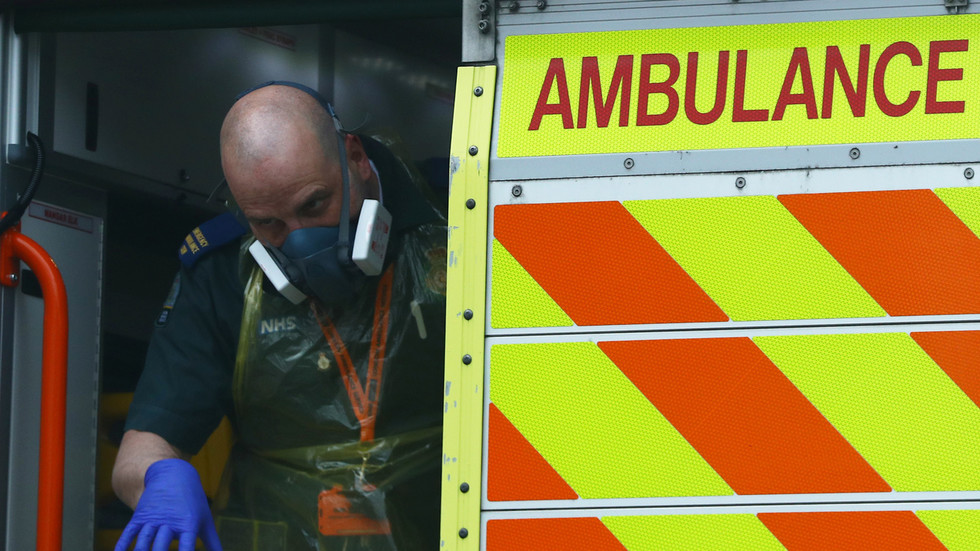 Huge spike in deaths in England & Wales as Covid-19 linked to 1 in every 5 fatalities, suggesting UK is UNDERREPORTING

Covid-19 death tolls in England and Wales have shot up dramatically, with one in every five now linked to the coronavirus, while the UK government has been accused of underreporting fatalities among the elderly in care homes.

New data published on Tuesday by the Office of National Statistics (ONS) – which detail all deaths in hospitals and out in the community – including care homes – show that Covid-19 accounted for 21 percent of all fatalities in the week ending April 3, compared to just 4.8 percent of deaths the week before.

We have also published our figures for deaths registered in the week ending 3 April 2020 (week 14).

The provisional number of deaths registered in England and Wales in the week ending 3 April 2020 was 16,387 https://t.co/PAIDIPaCjV#COVID19 #coronavirus pic.twitter.com/VoD3Ri8FOW

The staggering increase in registered deaths – up more than 5,000 in just one week – may suggest that official daily coronavirus figures published by the government may not have been an accurate reflection of the real numbers.

Of all coronavirus-related deaths registered up to April 3, just under 10 percent occurred in hospices, care homes and private homes, according to the ONS figures.

However, David Behan, the boss of one of Britain’s biggest nursing home operators HC-One, claims the number of Covid-19 deaths among elderly residents is a lot higher than has been officially reported by the UK government.

PM Boris Johnson’s administration claims the disease has been reported in one out of every eight UK care homes, but Behan has revealed that cases of the new coronavirus have been identified in 232 of his firm's homes – two-thirds of the total. 311 of his residents have died with confirmed or suspected Covid-19.

The UK government has come under fire from senior health and social care officials for not providing enough or adequate Personal Protective Equipment (PPE) for their frontline workers.

Nadra Ahmed, Chair of the National Care Association, claimed on ITV’s GMB show on Tuesday that care homes are being charged huge amounts of money for PPE, which is “unsustainable.” Ahmed revealed that the UK government had not removed taxes such as VAT for the care sector like they have done for the National Health Service (NHS).

'One provider was telling us they have paid £8,500 for one week's worth of PPE.'

Nadra Ahmed, Chair of the National Care Association, says care homes are being charged huge amounts for PPE and need the government to remove VAT on these products like they have for the NHS. pic.twitter.com/DQQEFqWMKh

Britain is not on its own when it comes to claims of underreporting cases. Both the Netherlands and Austria have also become embroiled in accusations that they have been underestimating the true number of deaths and associated with Covid-19 and cases of the disease.

Figures published by the department for health and social care on Tuesday showed that 93,873 people in the UK had tested positive for the coronavirus in hospital, of which 12,107 had died.

The UK has entered its fourth week in lockdown with some other European nations such as Denmark and Spain planning to relax some of their Covid-19 suppression measures.