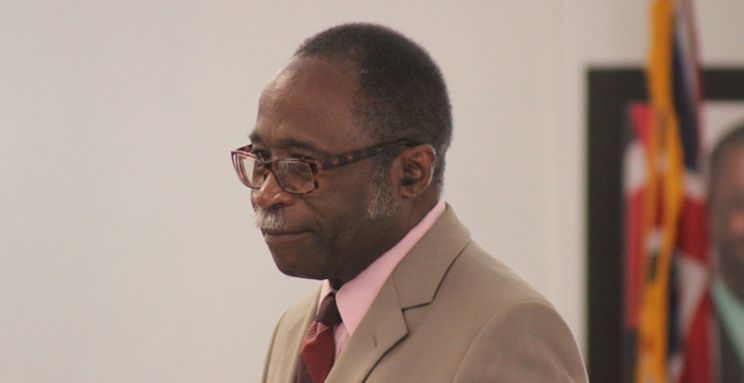 Nothing Is Changing! The Problem Is Not Legislation - Fraser

Opposition Member and Third District Representative, Hon. Julian Fraser has bemoaned what he said was the constant need to bring legislation to the House of Assembly for passage to the same old issues in the British Virgin Islands.
He was at the time contributing to the debate on the Criminal Code (Amendment) Act 2021 in the House of Assembly on Tuesday.

“Mr. Speaker, I am wondering to myself what has changed over the years regarding the concerns of this Bill – Money Laundering, Terrorism Financing, Proceeds of criminal activity. Did they come up with a new proceed? Have criminal activities changed over the years? We constantly bring legislation to the House pertaining to basically the same thing, but Mr. Speaker, nothing is changing,” he remarked.

He added, “I think we have adequate laws on the books to cover just about everything that needs to be covered. Are we going to walk out here tonight looking good because we pass another piece of legislation to address the same old issues that have been going on all the time? And, five years from now, these things that are happening that we are supposed to be passing the legislation to put a lid on will happen again and continue to happen. So the problem isn’t in the legislation, Mr. Speaker.”

In the meantime, Attorney General Dawn Smith said the Bill in question seeks to create a new section 2.36 (a) to a principal Act, to adequately cater for this requirement.

“In addition, Mr. Speaker, the Bill provides dissuasive measures as penalties for the offences created under the principal Act. It also makes consequential amendments to the first schedule of the principal Act to make the offence of ‘Intent to defraud the Government’ an arrestable offence.”

She further informed that the Bill is part of a package of legislation for this House to assist the Virgin Islands in its readiness for the upcoming Caribbean Financial Action Task Force (CFATF) mutual evaluation and to enable it to continue to meet its international obligations as a responsible and reputable jurisdiction.

Premier and Minister for Finance, Hon. Andrew Fahie, who also commented on the Bill, said, “We have to continue to further strengthen our ability to further police ourselves especially when the world looks upon us, the financial services, in different areas, it creates a very uncomfortable position at times to create that balance.”

The Bill was read for a second time and went into committee for it to be examined clause by clause by the whole House of Assembly.
#Fahie  #the Virgin Islands
Add Comment